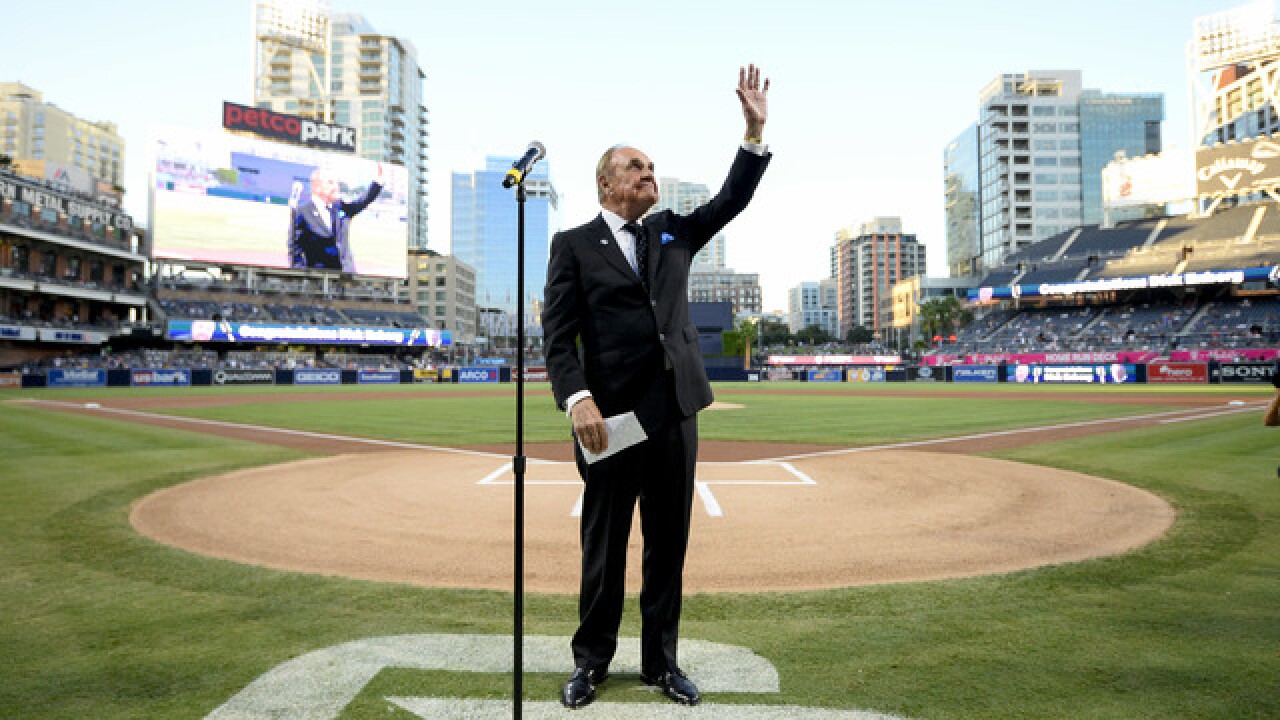 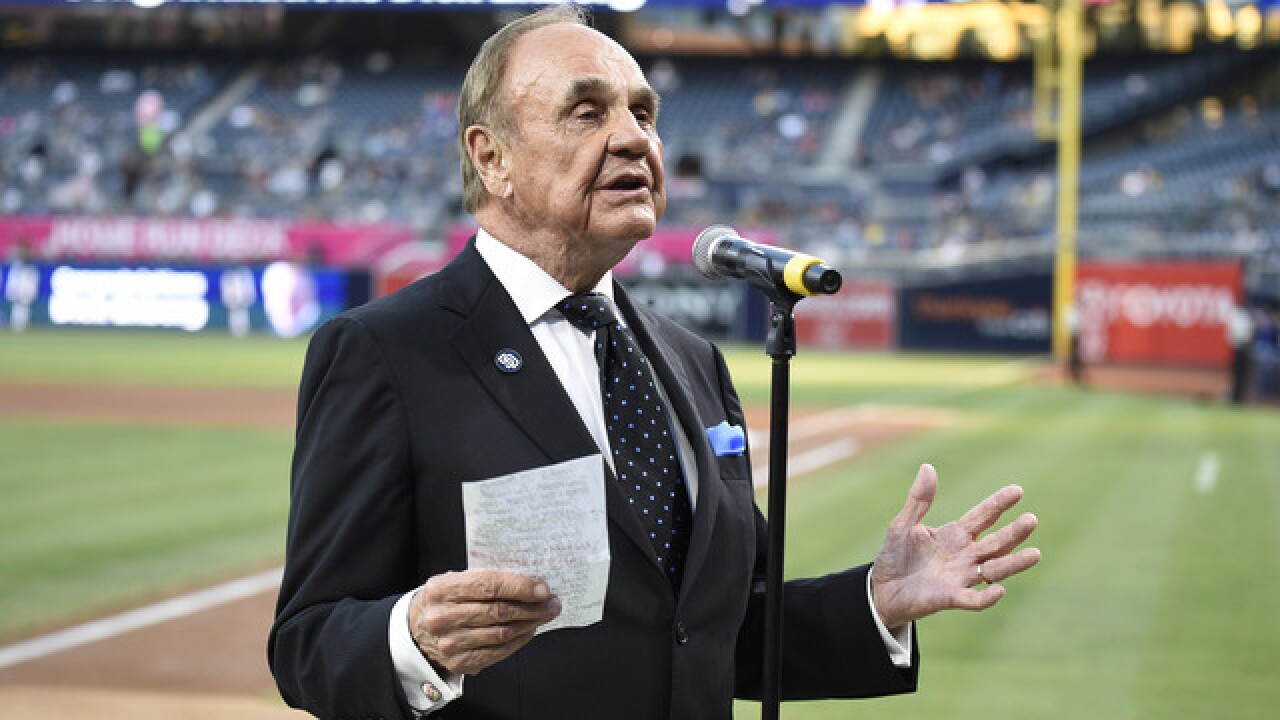 SAN DIEGO (KGTV) -- Sports fans are mourning one of the legendary announcers of all-time.

Dick Enberg died at his La Jolla home on Thursday. He was 82-years-old.

Enberg most recently served at the television voice of the Padres, stepping down from that role at the end of the 2016 season, but maybe be one of the most versatile sports broadcasters in history.

From the Super Bowl to Wimbledon, Enberg was the familiar voice calling some of the biggest sporting events on the planet, saving his signature, "Oh My!" call for critical moments.

“We are immensely saddened by the sudden and unexpected passing of legendary broadcaster Dick Enberg. Dick was an institution in the industry for 60 years and we were lucky enough to have his iconic voice behind the microphone for Padres games for nearly a decade. On behalf of our entire organization, we send our deepest condolences to his wife, Barbara, and the entire Enberg family.”

I don't think we'll ever see a more well-rounded sports broadcaster. Just not possible in this media age. #RIPDickEnberg pic.twitter.com/Z77quaFcTe

Beloved Hall of Fame broadcaster Dick Enberg has died. He was 82. https://t.co/qrYyAu3ive

Godspeed Dick Enberg. I hope so badly this very scene is currently taking place in a broadcast booth on the other side. pic.twitter.com/2IyncWidmQ