SAN FRANCISCO (KGTV) -- A boy who became well known after a photo of him hugging a police officer was widely shared on social media is feared dead along with his family after their SUV fell over a cliff, according to the Associated Press.

Authorities say 15-year-old Devonte Hart is feared dead after the family’s vehicle fell 100 feet over a cliff along Highway 1 near County Road 430.

"We have every indication to believe that all six children were in there," Mendocino County Sheriff Tom Allmon said. "We know that an entire family vanished and perished during this tragedy."

The California Highway Patrol hasn’t determined why the vehicle went over the cliff into the ocean.

Devonte gained fame after a photo of him hugging a police officer went viral. In the photo (pictured below) a Portland officer reportedly saw him holding a “free hugs” sign and crying. The officer then asked if he could have a hug. 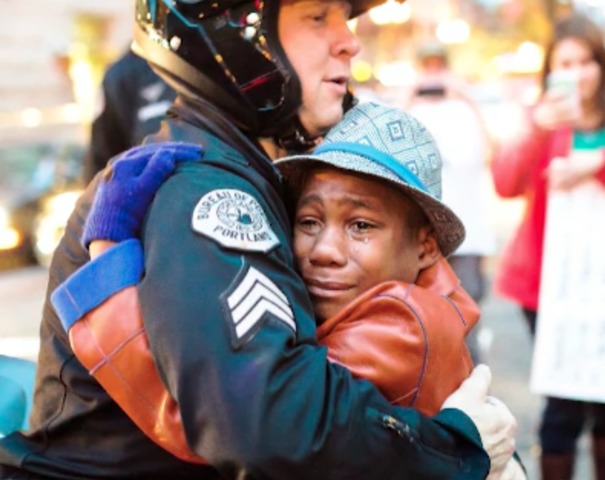