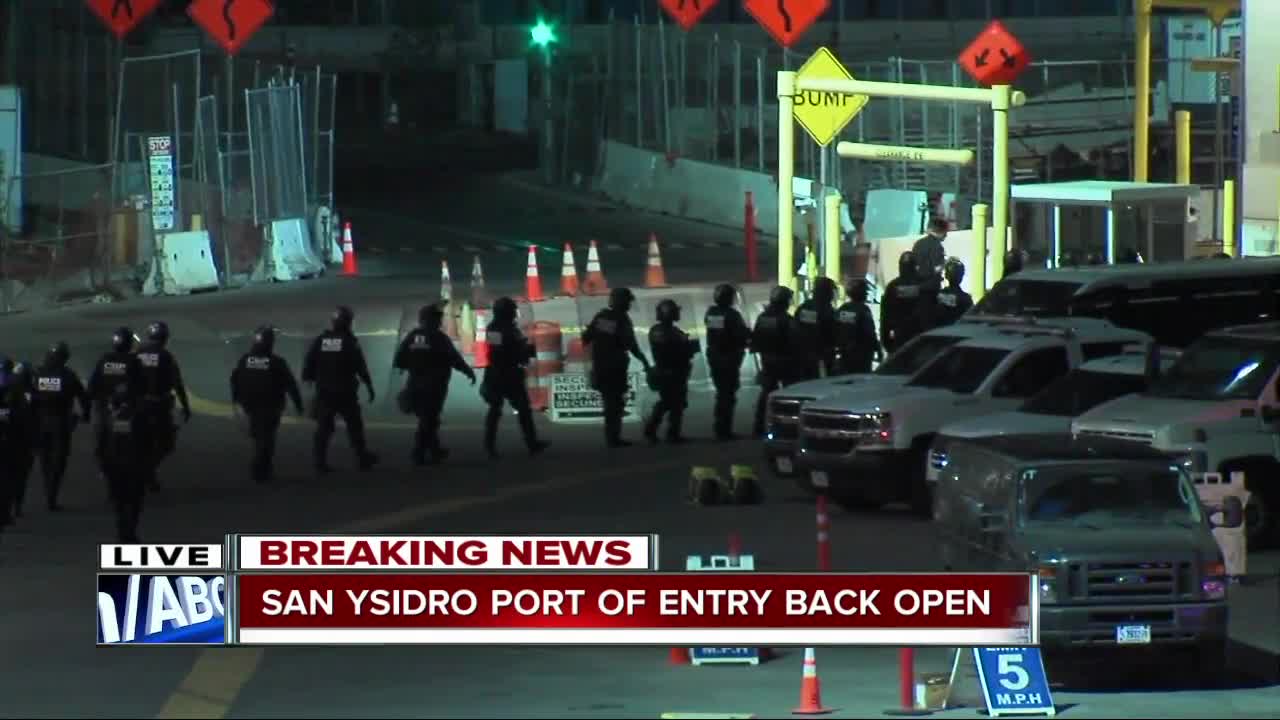 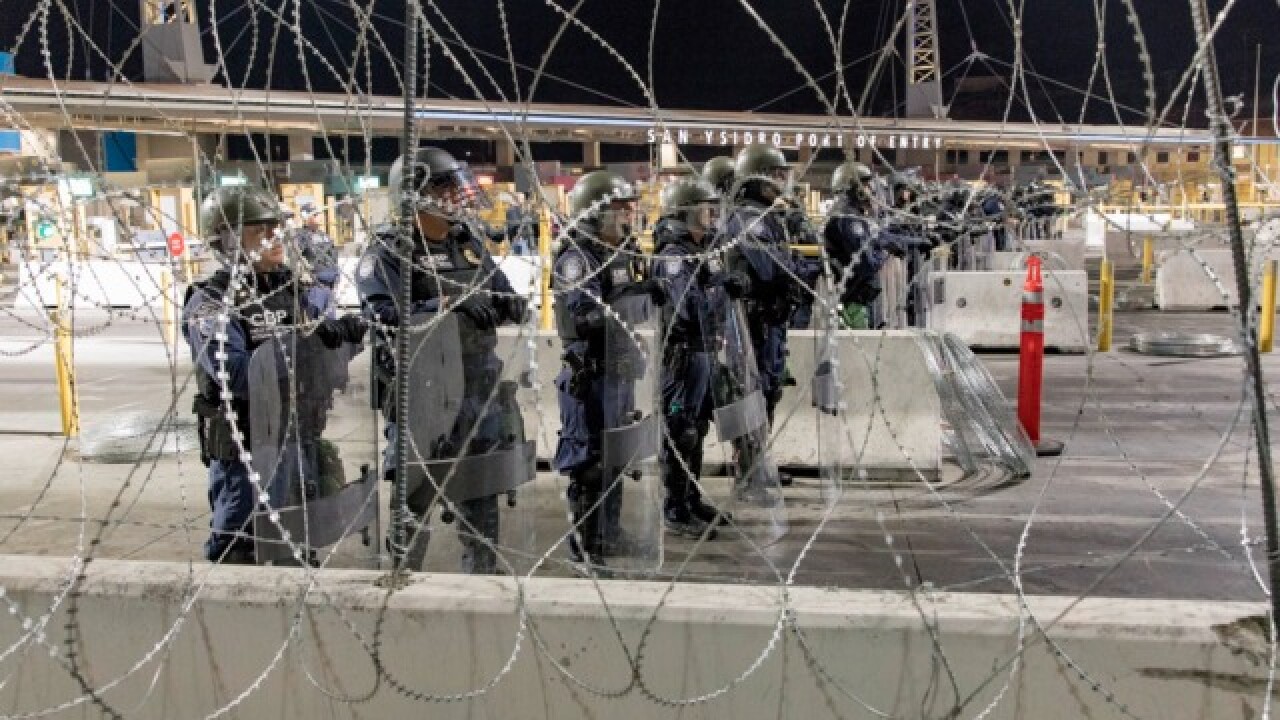 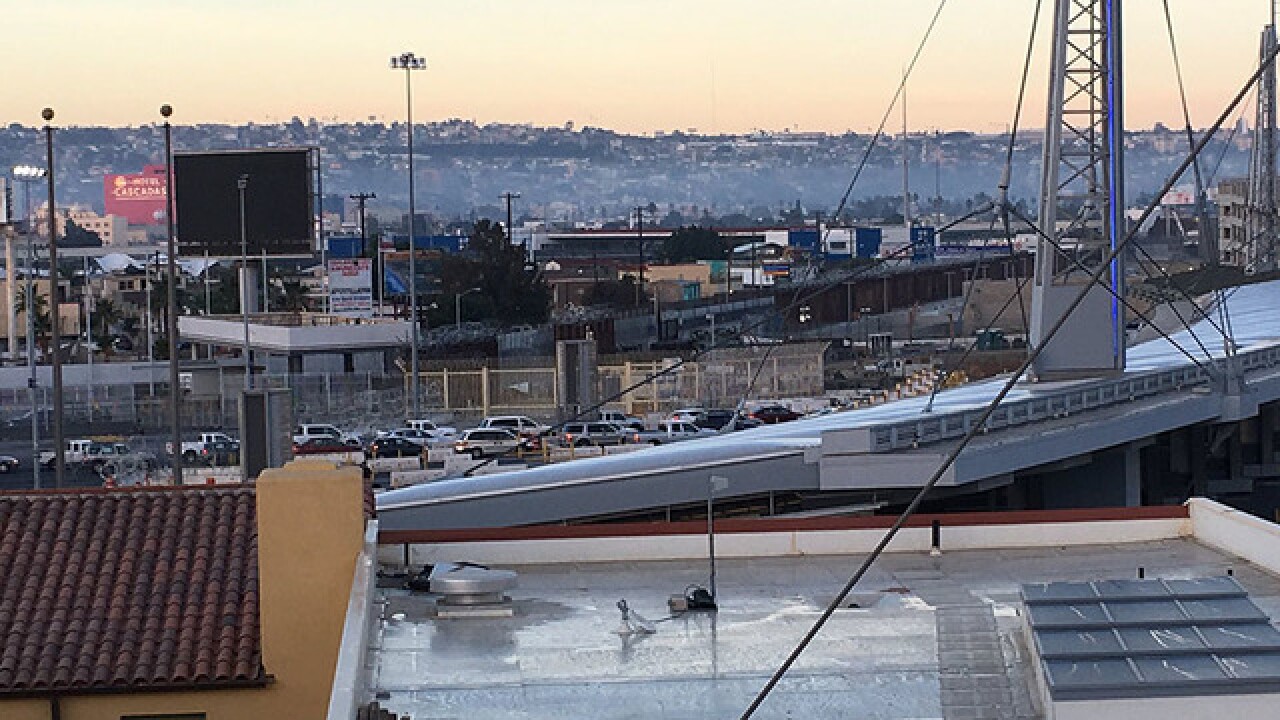 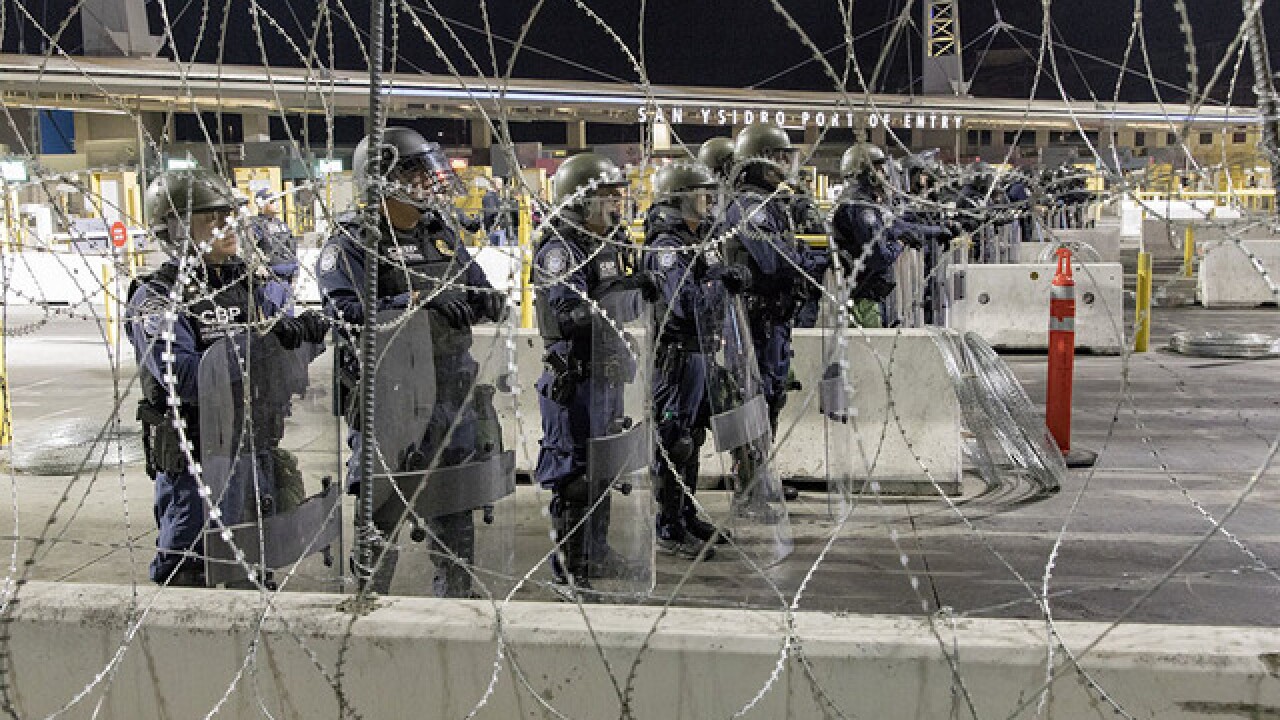 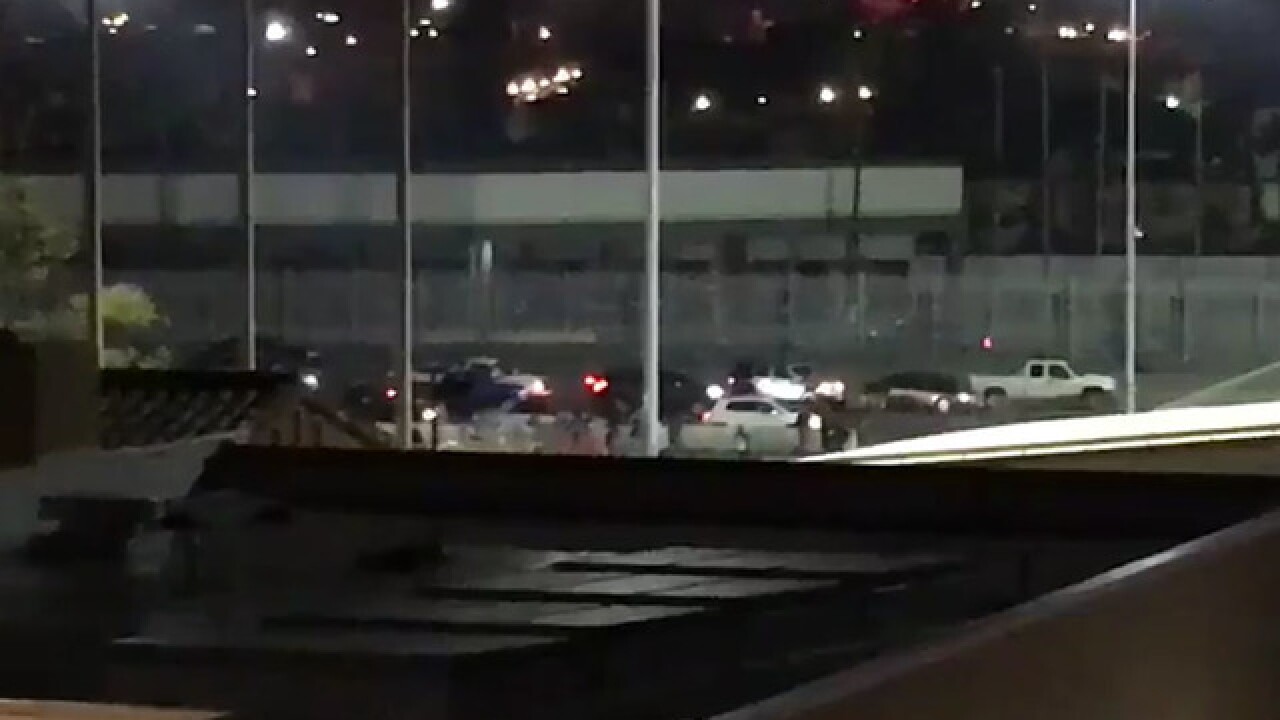 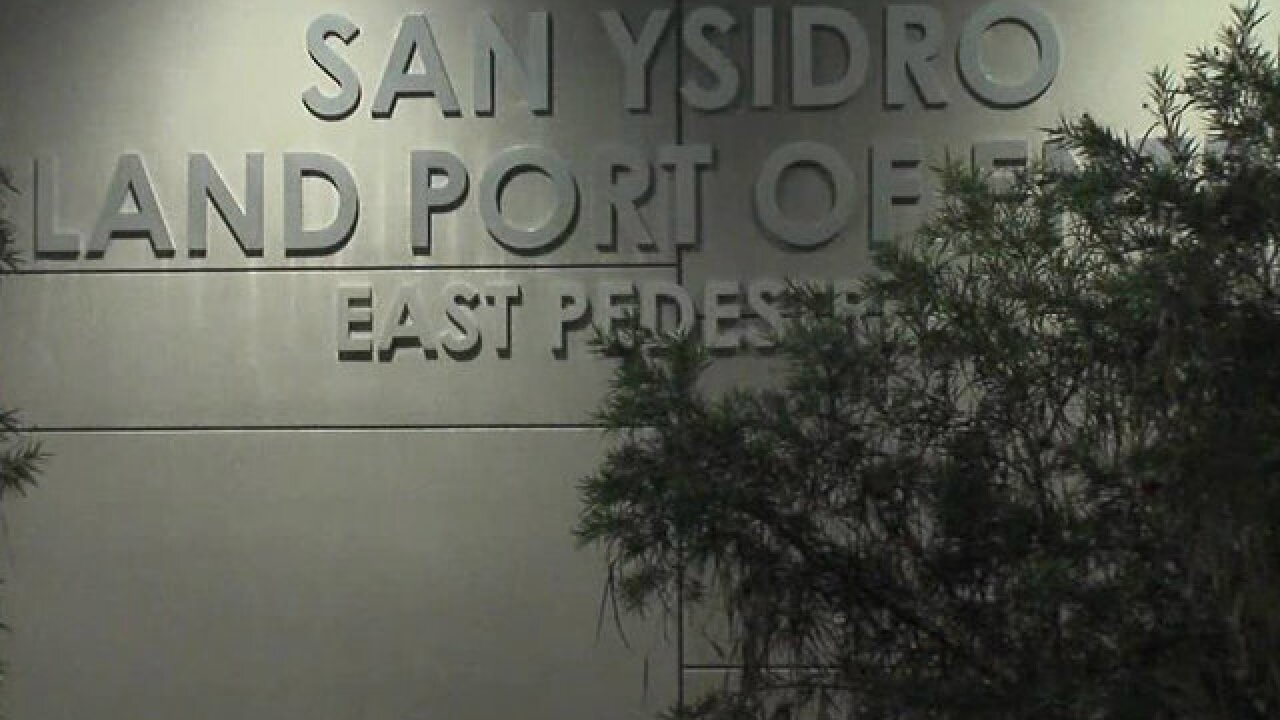 Customs and Border Protection officials closed all northbound vehicle lanes from Mexico into the U.S. at about 3:15 a.m. Officials also suspended the processing of northbound pedestrian travelers at the Pedestrian East facility.

While the closure was in place, pedestrians were able to use the Pedestrian West facility to travel northbound into the U.S., CBP officials said.

Most affected lanes and walkways were reopened at around 6:25 a.m., but some backup lingered following the opening as CBP officials said some select lanes would remain shut down.

Southbound lanes into Mexico were not impacted during the CBP action. The Otay Mesa Port of Entry was open for traffic during the San Ysidro closure.

The additional security measures, which included the installation of jersey barriers and concertina wire, were “to prepare for the potential arrival of thousands of people migrating in a caravan heading towards the border of the United States,” officials said.

CBP officials said they received reports early Monday morning of groups from the migrant caravan “gathering in the city of Tijuana for a possible attempt or attempts to rush illegally through the port of entry instead of presenting themselves as required to a CBP officer. CBP officials suspended operations to safely place impediments at the port of entry that would restrict access to a large group attempting to run through the border crossing. After the CBP response at San Ysidro, no activity materialized at the border crossing.”

Pete Flores, CBP Director of Field Operations in San Diego, said, “CBP will not allow for the unlawful entry of persons into the United States, at or between our ports of entry. Waiting until a large group of persons mass at the border to attempt an illegal crossing is too late for us; we need to be prepared prior to when they arrive at the border crossing.”