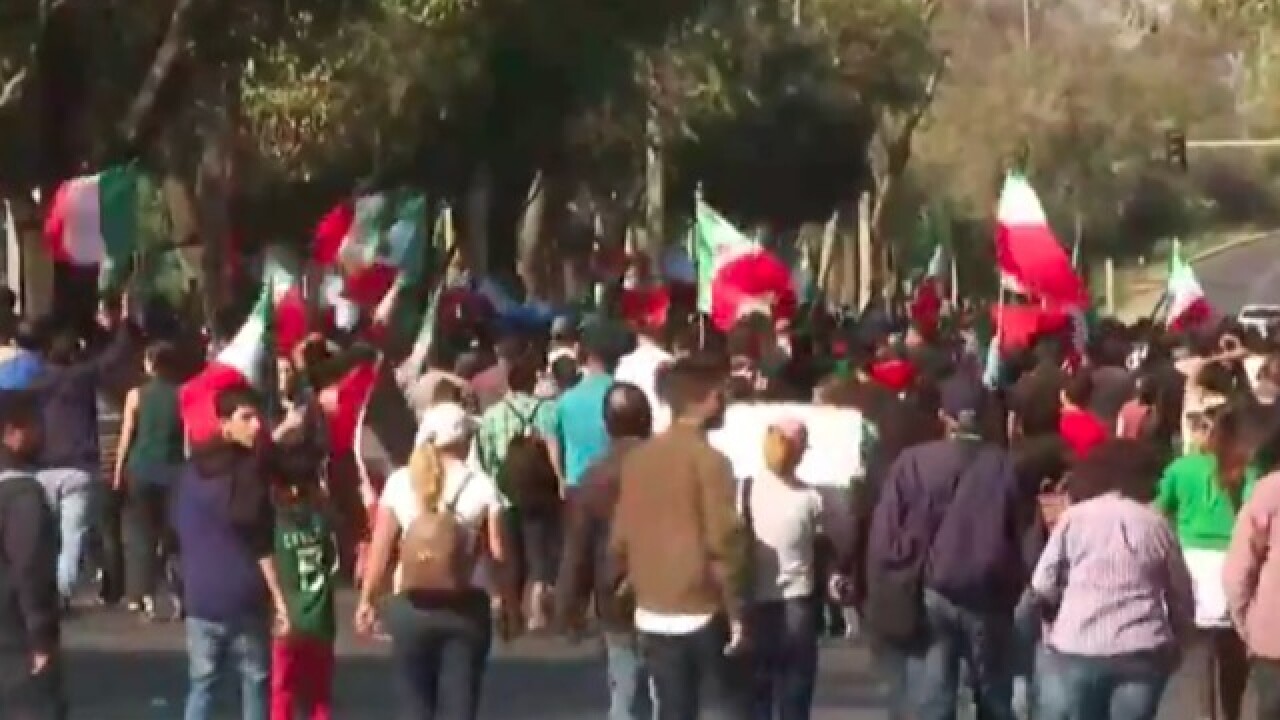 TIJUANA, Mexico (AP) — Hundreds of Tijuana residents have congregated around a monument in an affluent section of the city south of California to protest the thousands of Central American migrants who have arrived there via caravan in hopes of a new life in the U.S.

The locals waved Mexican flags, sang the Mexican national anthem and chanted "Out! Out!" on Sunday in front of a statue of the Aztec ruler Cuauhtemoc, 1 mile from the U.S. border.

They accused the migrants of being messy, ungrateful and a danger to Tijuana.

They also complained about how the caravan forced its way into Mexico, calling it an "invasion." And they voiced worries that their taxes might be spent to care for the group as they wait possibly months to apply for U.S. asylum.