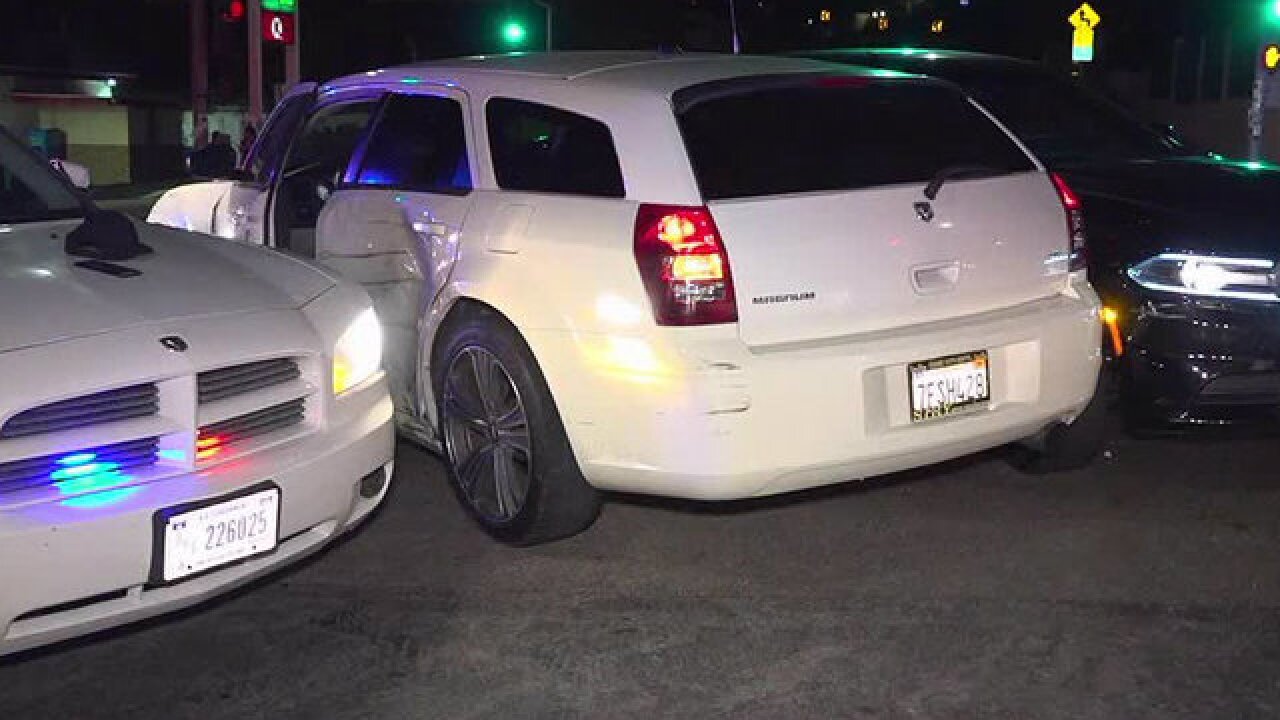 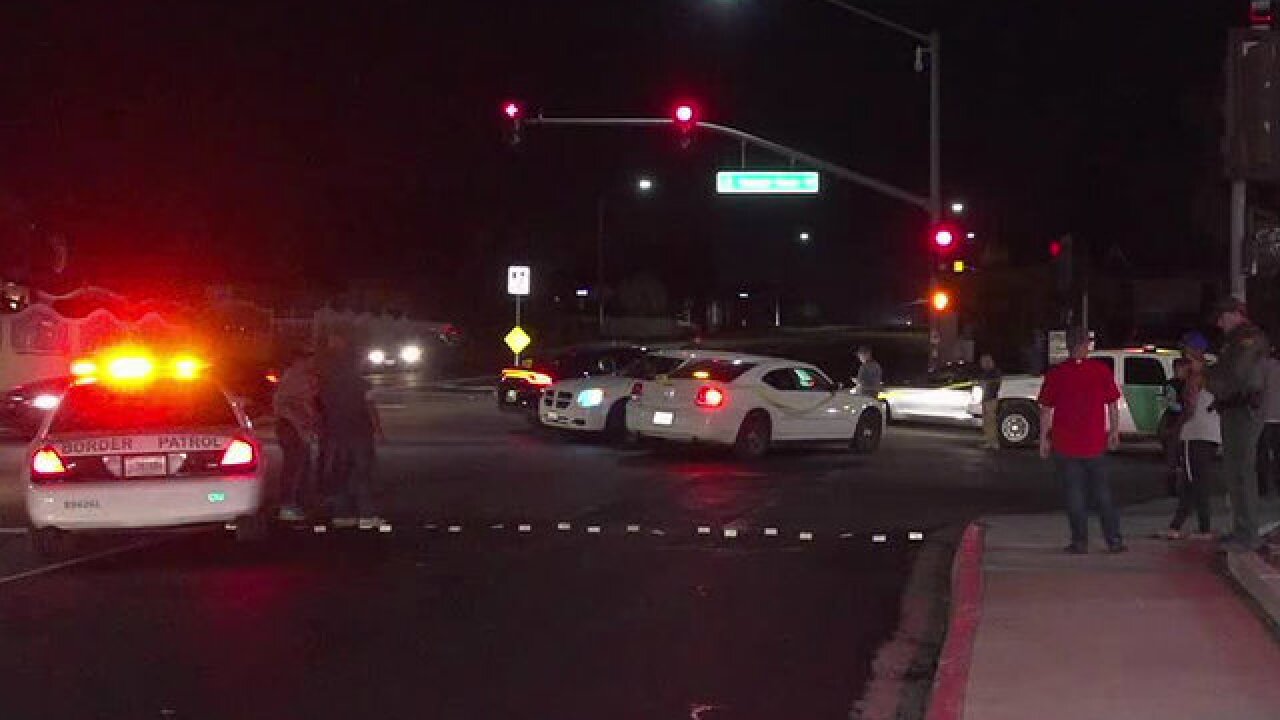 CHULA VISTA, Calif. (KGTV) - Two people were taken into custody by Border Patrol agents after a pursuit that ended with a car pinned in the middle of a Chula Vista street.

The pursuit that reportedly began on southbound state Route 67 in the Poway area ended in the South Bay just before 11 p.m. Tuesday.

10News learned Border Patrol agents were in pursuit of a white station wagon for unknown reasons. The station wagon, according to dispatchers, rammed patrol vehicles during the chase.

Agents took two people in custody, but Border Patrol officials did not offer any further information on the chase or the two arrestees.