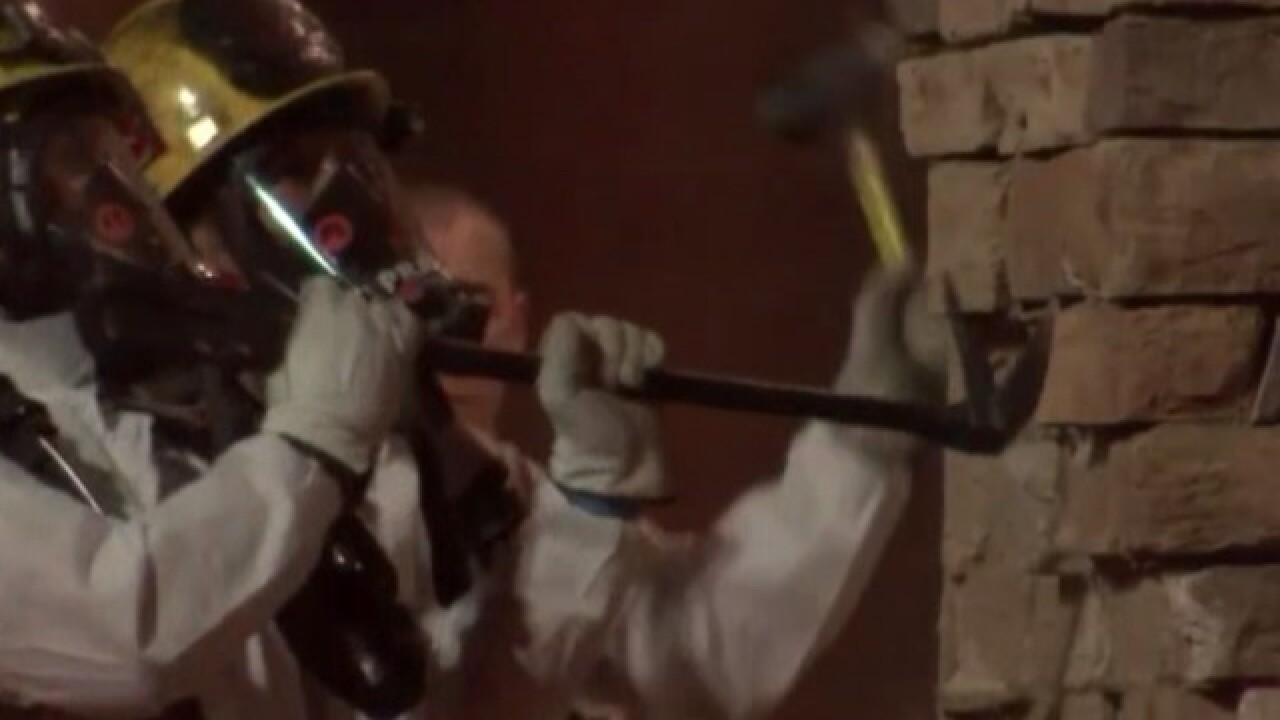 LANCASTER, Calif. (KGTV) -- A man whose body was found in a stone pillar in Lancaster Saturday could be the remains of a man who ran from police earlier in the week, according to KTLA.

The body was found inside a stone pillar outside the WinCo Foods grocery store on the 700 block of West Avenue K around 2:40 p.m. Saturday.

Earlier that morning, a manager at the store reported a foul smell coming from the pillar. The manager called a plumber thinking there was a sewage problem.

When the plumber arrived and began knocking away the pillar’s stone, a leg and tennis shoes were visible. After arriving on scene, police were able to link the body to an incident earlier in the week.

On Monday, a man was pulled over after being suspected of driving a stolen vehicle, police told KTLA. The man ran from police onto the rooftop of the grocery store which, according to authorities, has access to the inside of the pillars.