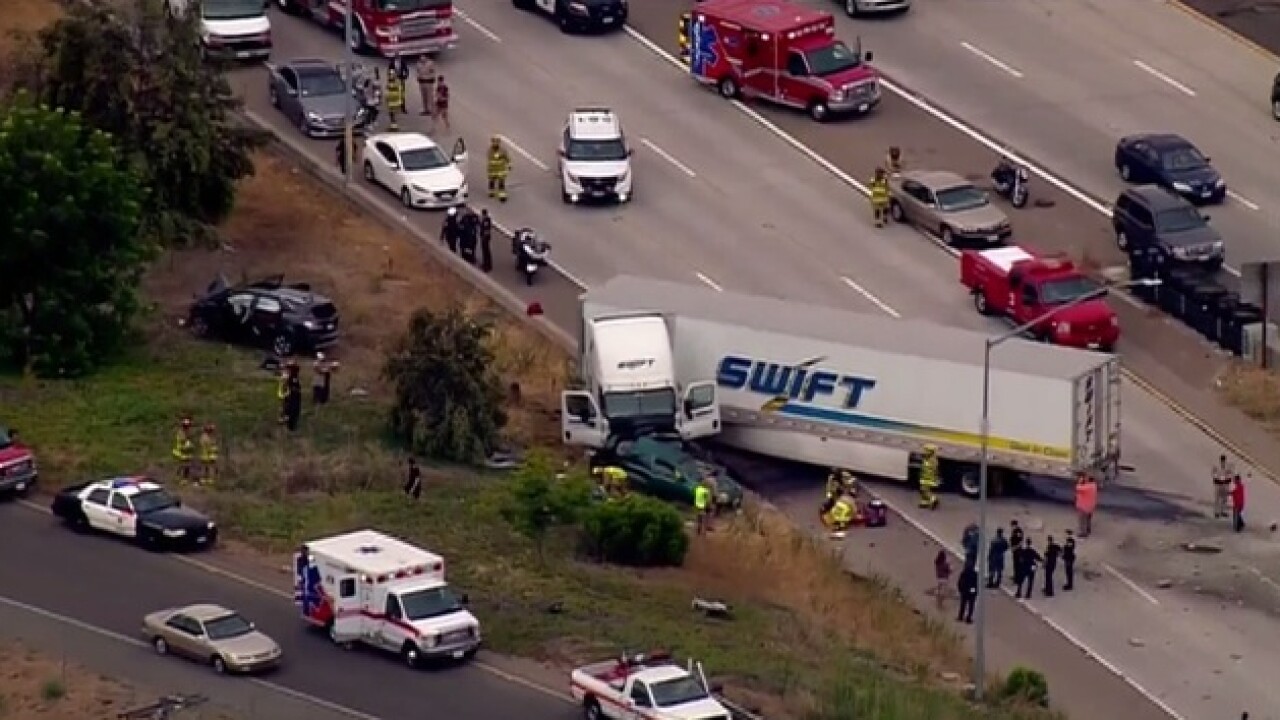 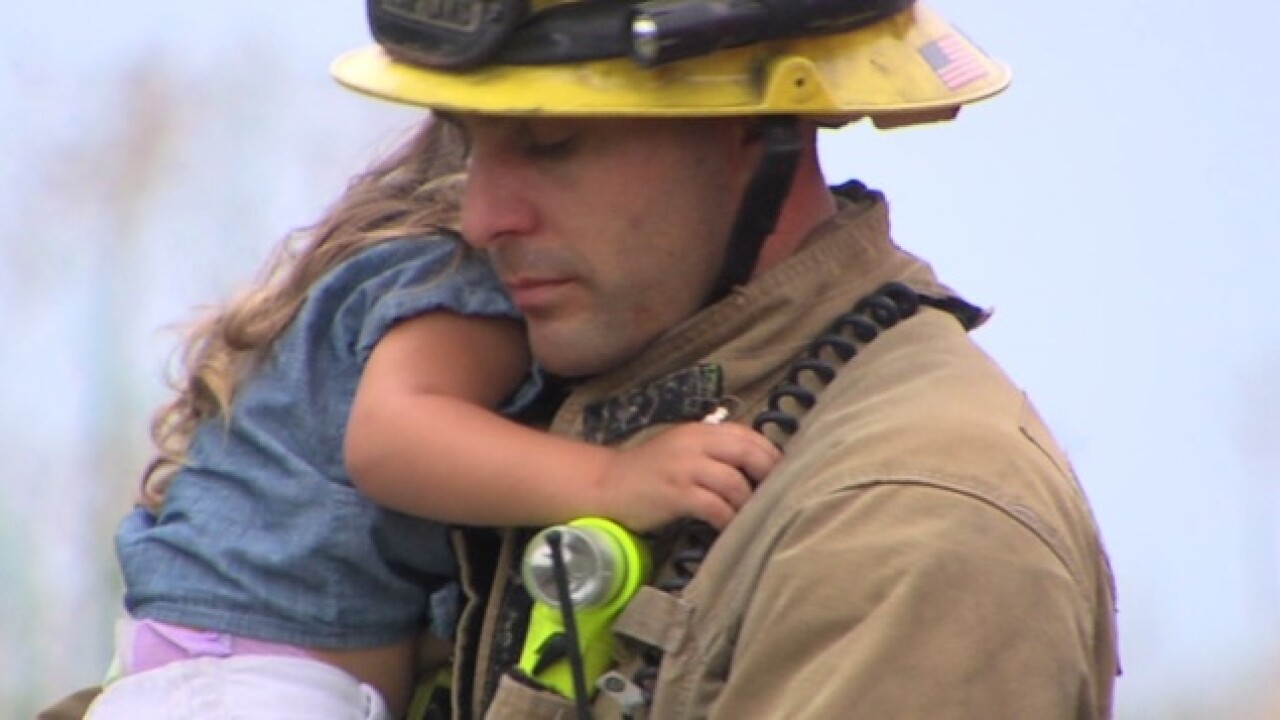 SAN DIEGO (KGTV) - The California Highway Patrol was investigating two deaths in a crash on northbound SR-125 at Interstate 8 in La Mesa Wednesday.

The female driver of the Freightliner semi was on the ramp from westbound I-8 to southbound SR-125 and hit the guardrail separating the north and south lanes of the 125 at 2:30 p.m., said the CHP.

The Freightliner hit a guardrail and went through a concrete wall separating the eastbound I-8 ramp from northbound 125, according to officials.

The semi hit a green Chevrolet Aveo and Kia Sorento, said the CHP.

Both occupants of the Aveo, a mother and daughter, died. Its driver was identified by the San Diego County Medical Examiner's Office Thursday as 57-year-old Nancy Jeanette Bauerlein of Ramona. Her daughter Jenn Thompson-Campbell, 29, was identified as the second victim by her brother.

The six-year-old girl did not appear to be properly restrained in a booster seat, said the CHP.

The CHP has not determined the cause of the crash.

The roads were not wet at the time of the accident, the CHP said.

10News is monitoring this breaking story.