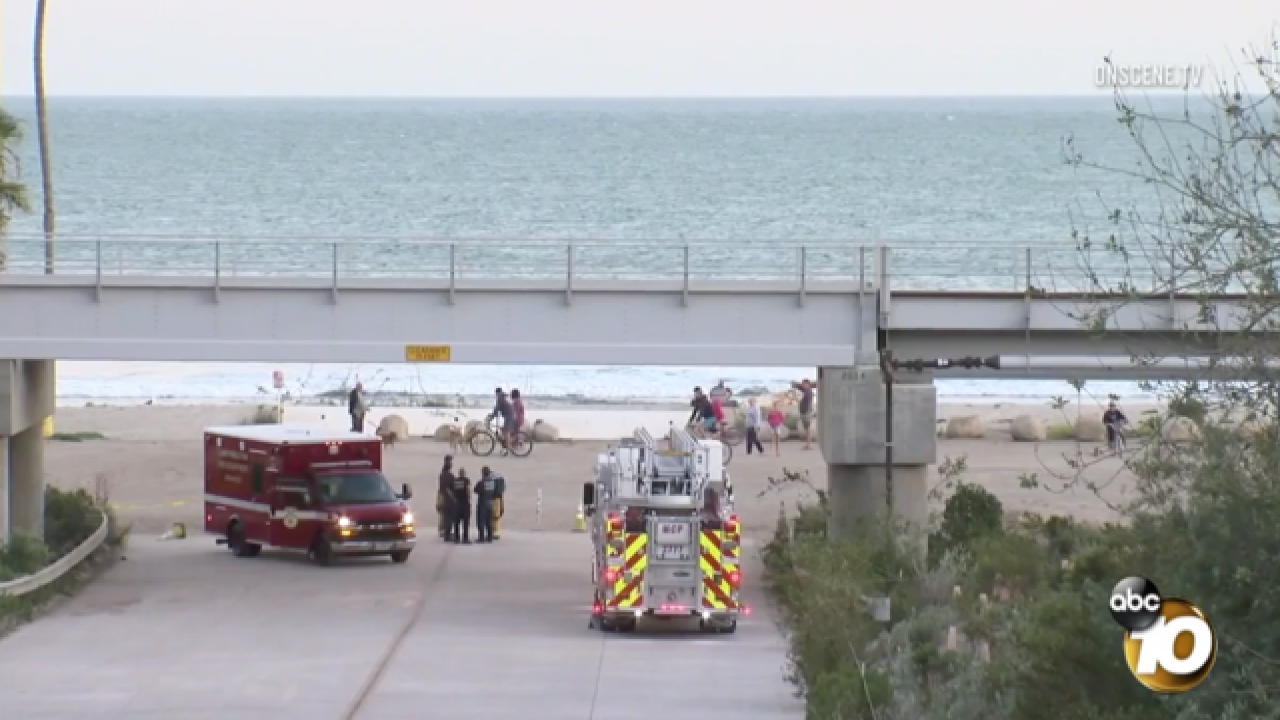 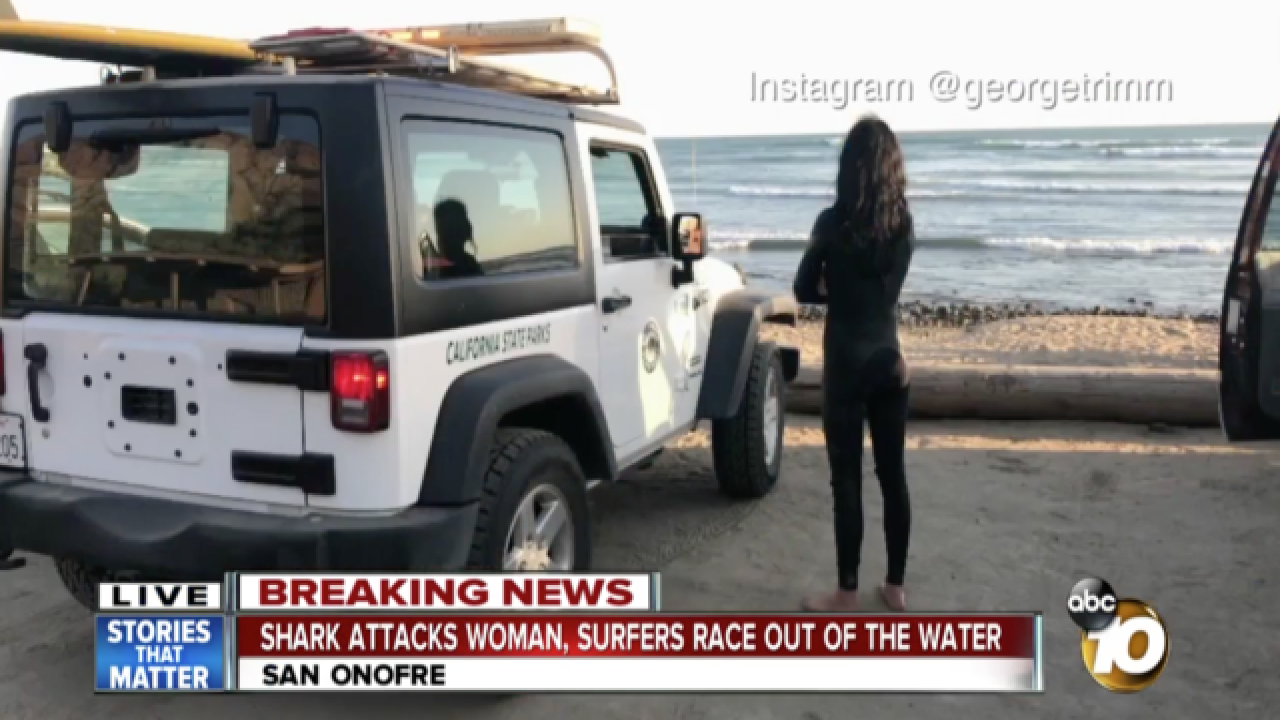 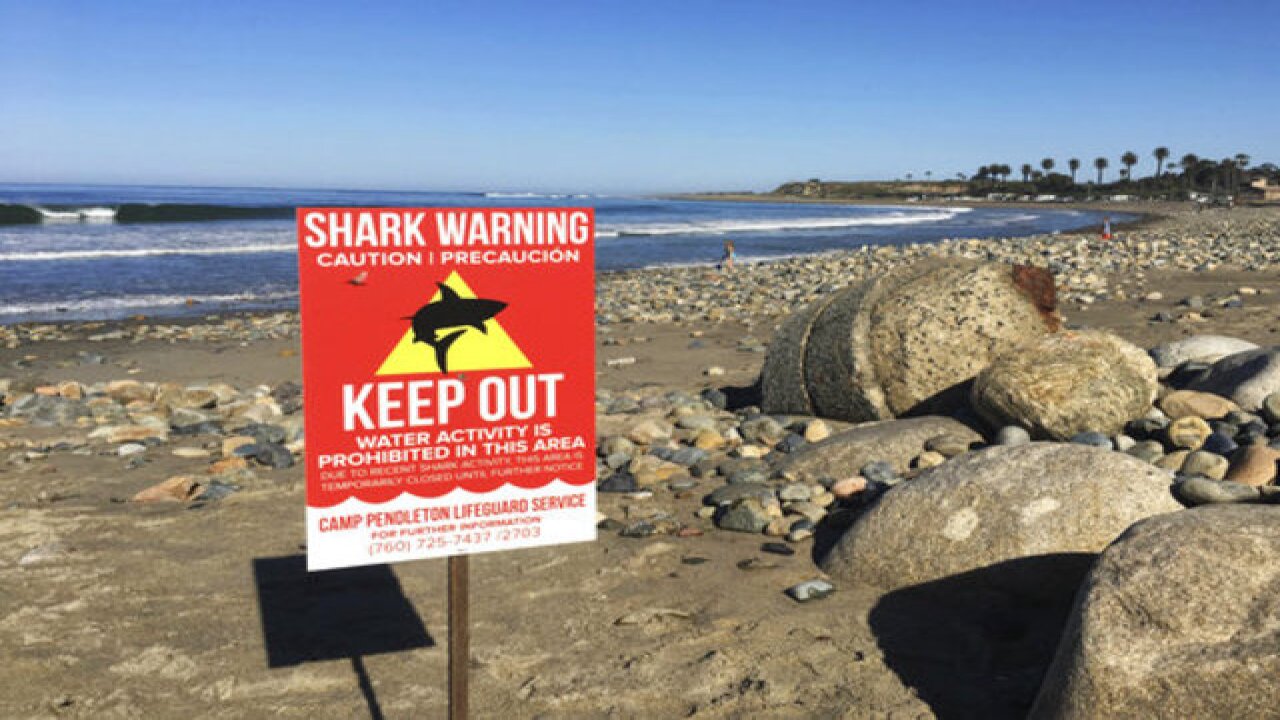 (KGTV) -- A shark attacked a woman near one of San Diego County’s most iconic surf spots.

It happened just after 6:00 p.m. on Saturday off the San Onofre Beach at Camp Pendleton.

The base’s fire chief said a shark bit a 36-year-old woman in the back of the leg.

Bryan Marleaux was out surfing with his wife and son.

Blood was in the water, and a shark was nearby.

“I just see like the intense response of the lifeguard trucks and the state park guys come flying up really fast with their lights flashing and their sirens,” Marleaux explained.

He was riding the wave, but then he noticed his son treading water.

“I start swimming over paddling to get his board and they’re like ‘No! No! No! You turn around and get back in’!” he added.

Camp Pendleton fire crews rushed to help, but the woman was in such bad shape, a helicopter airlifted her to Scripps Memorial Hospital.

“You don’t really hear about this kind of stuff happening in this area,” Marleaux said. “It’s very unusual.”

He had heard about the recent Great White sightings in the area. Earlier in the week, around the same time and just a little north, a Great White was spotted ripping chunks off a whale carcass.

After more than 40 years of surfing, Marleaux plans to take a little break from his board.

“[I'll] take a few days to kind of like do some other exercise,” he said.

Once the sun set, a dark and eerie calm set in.

Base officials confirmed San Onofre Beach will be closed through 4:30 a.m. Monday.