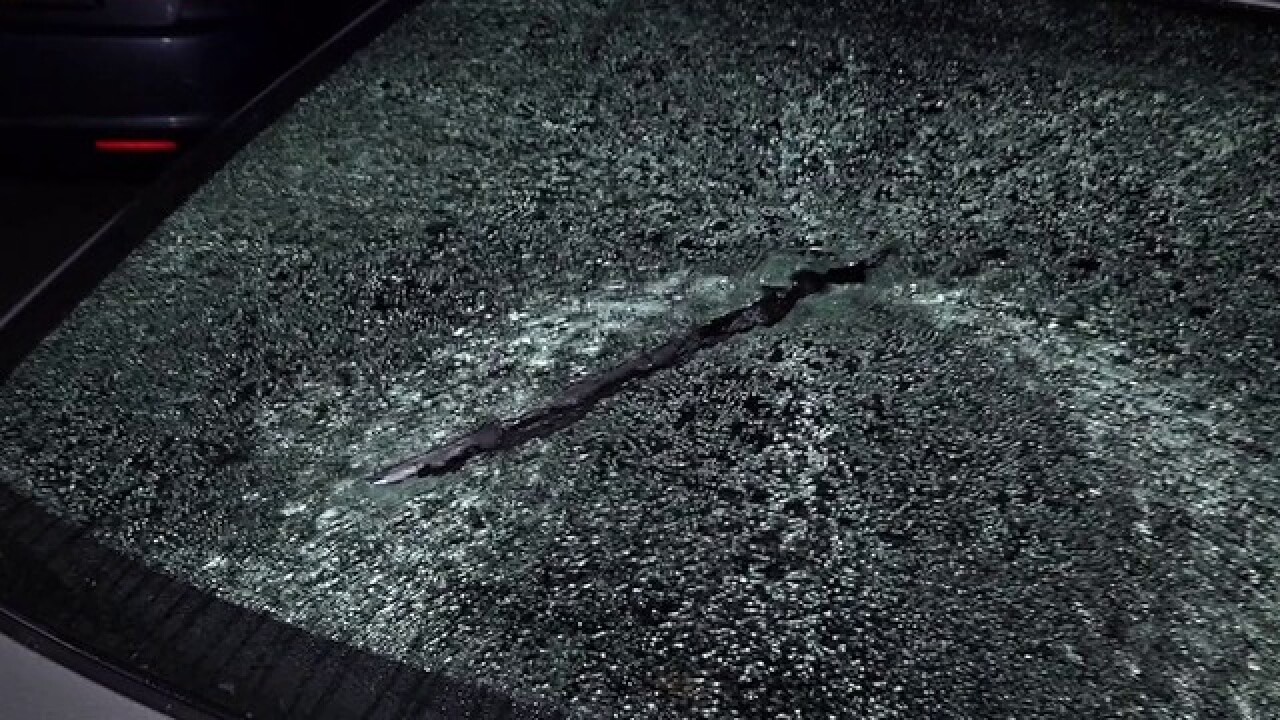 SAN DIEGO – Police are searching for a man who allegedly attacked a car with a machete Sunday night in Bankers Hill.
According to San Diego police, at around 9:30 p.m., the suspect exited a home in the 2200 block of Brant Street, crossed the street and began hacking a car while a man and his dog sat inside of it.
By the time the suspect was done, the back window was shattered and a tire had been slashed.
There was no word on what prompted the attack. San Diego police responded and initially surrounded the home that the suspect had exited prior to the machete attack. They stormed the home, but found it empty.
No one was hurt in the attack. Police reportedly have identified the suspect, who remains at large as of 5:30 a.m.
Scripps Only Content 2015