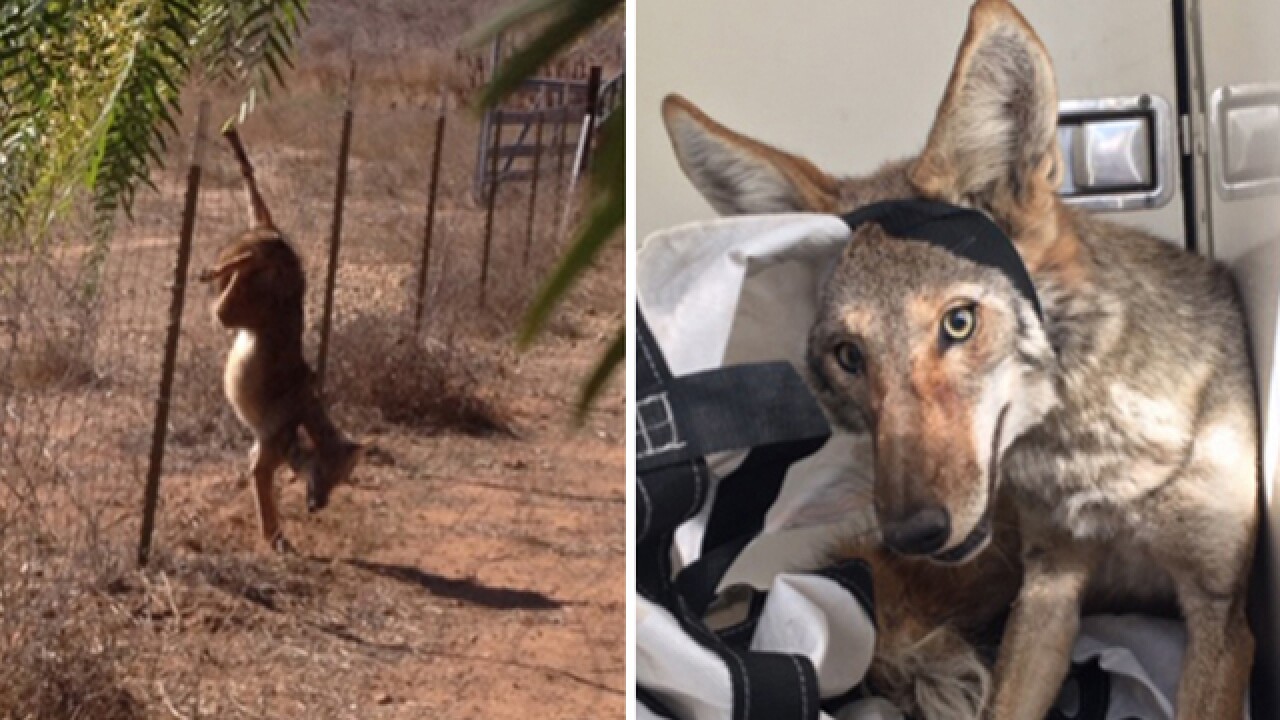 RAMONA, Calif. (KGTV) — A coyote is back on all fours after being caught upside-down on a fence in Ramona this week.

The coyote was spotted along a property on Royal Vista Dr. Wednesday with her foot caught at the top of fencing, according to County News Center.

County Animal Services believes the animal was leaping over the fence when her foot was caught.

An animal control officer responded and restrained the coyote, while the person who reported her cut the top wire of the fence.

The coyote has been taken to Fund for Animals in Ramona, where she's being treated for a wounded leg and damaged paw.

The facility hopes to release the coyote back into the wild following treatment.