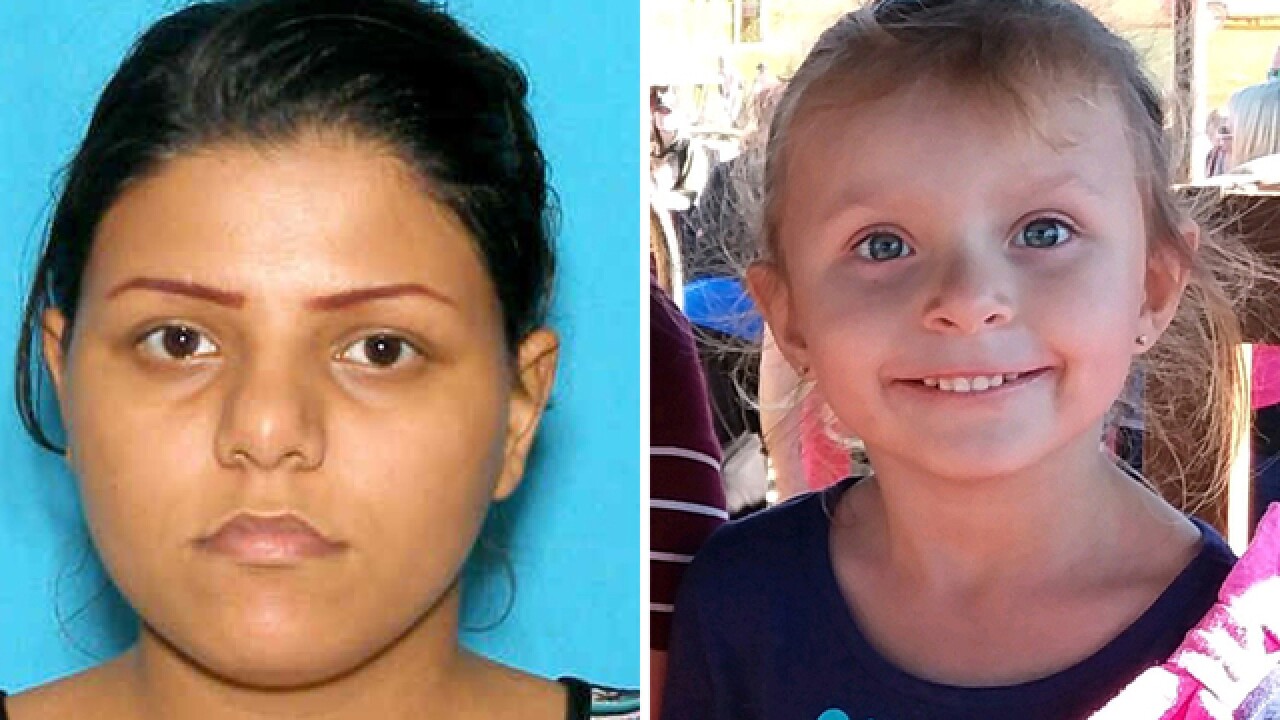 (KGTV) — An Amber Alert was issued to counties across California for a 4-year-old girl abducted by her non-custodial mother in Washington.

The alert was issued for a 2005, red Chevy Cobalt with Washington state license plate "BLK 1552" just after 1 p.m. by California Highway Patrol on behalf of the Vancouver Police Department.

Vancouver Police say Aranza Maria Ochoa Lopez, 4, was taken on Oct. 25, by her mother, 21-year-old Esmeralda Lynn Lopez. Authorities believe the mother may be intending to head to Mexico.

Anyone with information of the pair's whereabouts is asked to call 911.