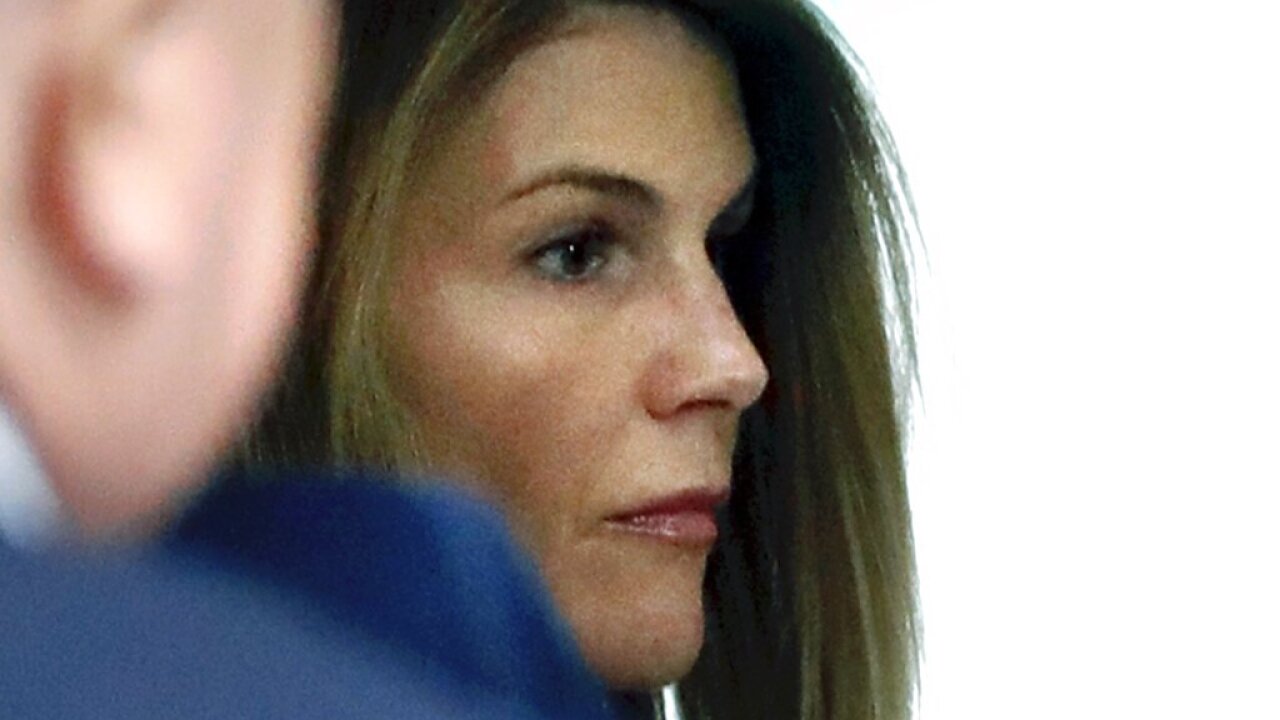 (Copyright 2020 The Associated Press. All rights reserved. This material may not be published, broadcast, rewritten or redistributed.)
Steven Senne/AP
FILE - In this Aug. 27, 2019, file photo, Lori Loughlin enters through the back door at federal court in Boston for a hearing in a nationwide college admissions bribery scandal. Federal prosecutors in a legal document filed late Wednesday, April 8, 2020, denied allegations that investigators deliberately withheld and fabricated evidence to entrap actress Loughlin, her fashion designer husband Mossimo Giannulli and other prominent parents charged with cheating the college admissions process. (AP Photo/Steven Senne, File)

LOS ANGELES (CNS) - Actress Lori Loughlin has reported to a low-security federal camp in Northern California to begin a two-month sentence for paying $500,000 in bribes to get her daughters admitted to USC as crew team recruits, even though neither girl played the sport.

The ``Full House'' star surrendered Friday to authorities at the Federal Correctional Institution in Dublin, east of San Francisco, 20 days prior to her court-ordered Nov. 19 self-surrender date.

No visitors are currently allowed at the facility because of the coronavirus pandemic, according to the Bureau of Prisons website.

It is the same lockup where ``Desperate Housewives'' actress Felicity Huffman served 11 days of a two-week sentence in October 2019 for paying to have a proctor correct her daughter's answers on a college-entrance exam.

Loughlin and her husband, clothing designer Mossimo Giannulli, pleaded guilty in federal court in Boston to paying the admitted mastermind of the scheme, college admissions counselor Rick Singer, half a million dollars to get daughters Olivia Jade and Isabella Rose Giannulli accepted into USC.

As part of the scheme, they sent fake crew recruiting profiles to Singer that included bogus credentials, medals and photos of one of their daughters on a rowing machine. Neither daughter is now enrolled at USC.

Prosecutors wrote in a sentencing memorandum that the couple ``involved both their daughters in the fraud, directing them to pose in staged photographs for use in fake athletic profiles and instructing one daughter how to conceal the scheme from her high school counselor.''

According to the memo, evidence shows that Giannulli, 57, was the more active participant. More than 50 people have been charged in the probe, which investigators dubbed operation ``Varsity Blues.'' Of 38 parents charged, 26 have pleaded guilty and received sentences ranging from the two weeks given to Huffman to a nine-month term imposed on Doug Hodge, former head of a Newport Beach-based bond management firm.

Loughlin was sentenced in August along with her husband, who was handed a five-month term. The actress was also ordered to pay a $150,000 fine and serve two years of supervised release with 100 hours of community service, according to the U.S. Attorney's Office for the District of Massachusetts.

Along with his prison term, Giannulli was ordered to pay a $250,000 fine and serve two years of supervised release with 250 hours of community service. He was also ordered to self-surrender on Nov. 19.

Loughlin told the court that she had ``made an awful decision. I went along with a plan to give my daughters an unfair advantage in the college admissions process.''

Singer pleaded guilty and cooperated with the government's investigation. He is awaiting sentencing, expected sometime next year.