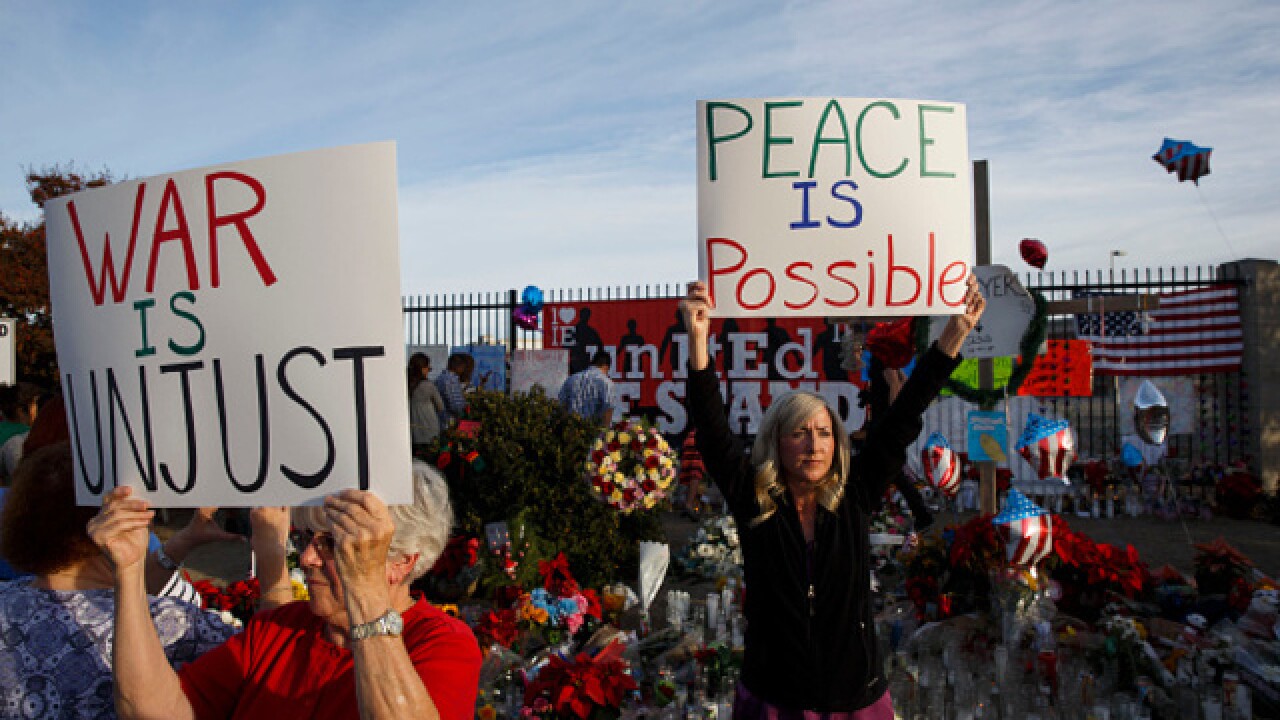 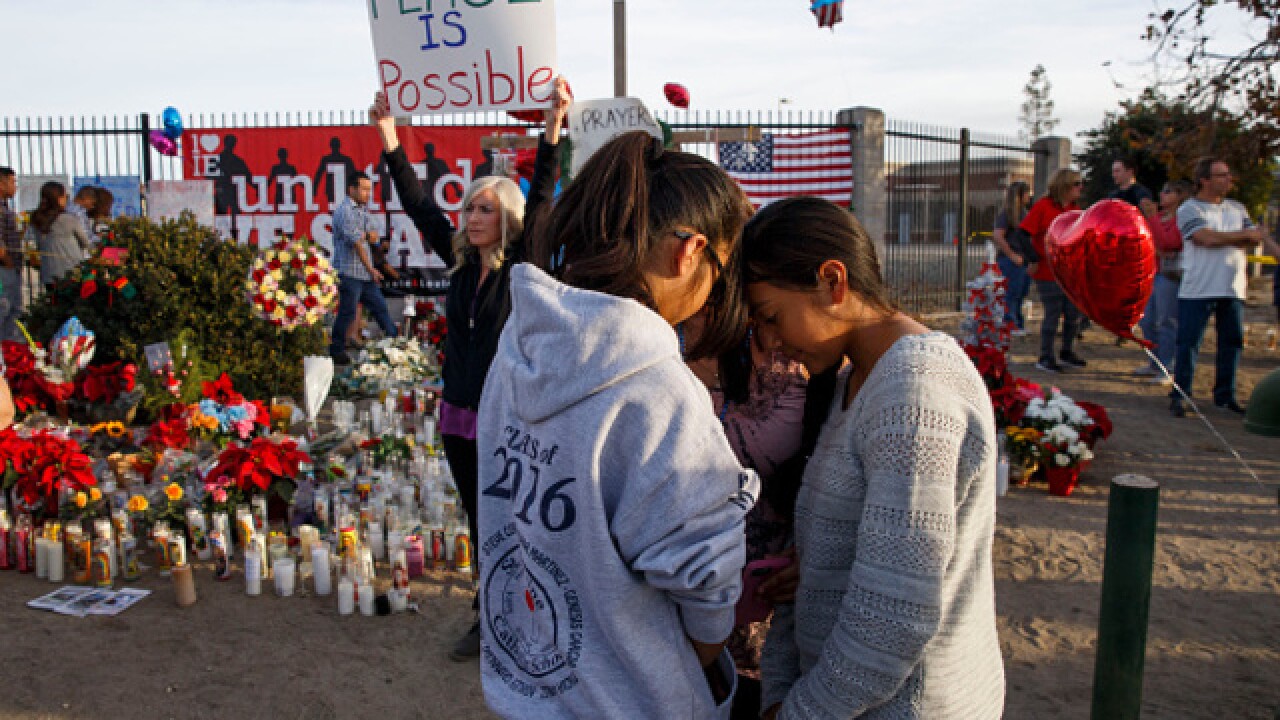 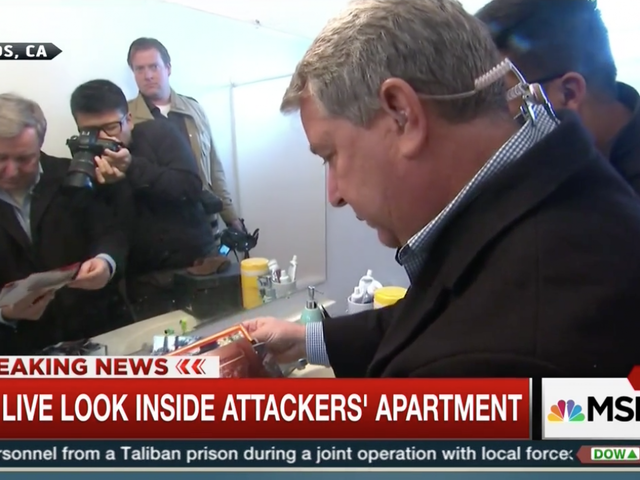 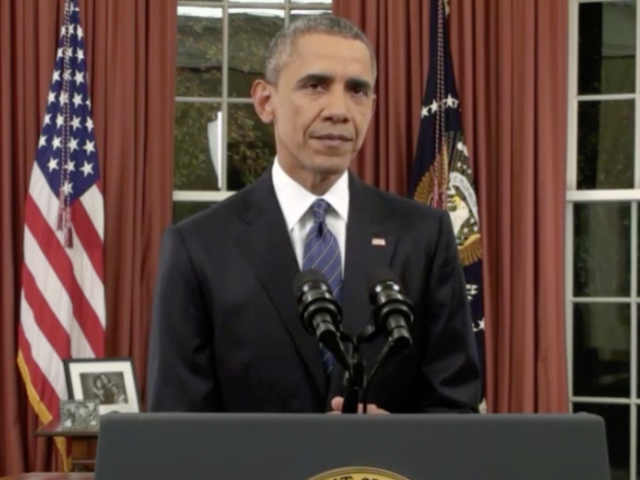 SAN BERNARDINO, Calif. -- Thousands of employees of San Bernardino County are returning to work Monday, five days after a county restaurant inspector and his wife opened fire on a gathering of his co-workers, killing 14 people and wounding 21.
The reopening of much of the government's offices signals an effort to return to normalcy for a community that has been in shock and mourning since the killings Wednesday.
On Sunday, residents gathered at a church, a mosque, a makeshift street-corner memorial and other sites to mourn the victims and call for the community to unite in mourning and not be divided by the disclosure that the killers were a religious Muslim couple.
"It's unfortunate that we're on this list now, a list like Newtown, Aurora and others where such tragic events occurred," Rep. Pete Aguilar, D-Calif., told a crowd at a mosque. "It's not how I want San Bernardino remembered."
President Barack Obama delivered a prime-time address Sunday night, telling the nation the attack was an "act of terrorism designed to kill innocent people." While there was no evidence the shooters were directed by a terror network overseas or were part of a broader plot, "the two of them had gone down the dark path of radicalization," he said.
Investigators were looking into what led Tashfeen Malik and Syed Farook to attack Farook's co-workers at a holiday luncheon. Malik, 29, and Farook, 28, were killed in a furious shootout with police hours later.
Farook's estranged father, also named Syed Farook, told Italian newspaper La Stampa that his son shared the ideology of the Islamic State and was fixated on Israel.
Pakistani intelligence officials said Malik attended a religious school while living in Pakistan. The officials, who spoke on condition of anonymity under regulations, identified the school on Monday as the Al-Huda International Seminary. Its founder has been criticized for promoting a conservative strain of Islam but the school has no known links to extremists.
Pakistani police and intelligence agents have searched the house where she lived in the city of Multan, seizing documents, family photo albums and a laptop belonging to Malik's sister, Shahida, said Shabana Saif, a counterterrorism official.
Following the attack, the county shut down except for essential services, with many of its 20,000 employees not working, said Felisa Cardona, a county spokeswoman. While most employees will head back to work Monday, those at the Environmental Health Services division, where Farook and many of the victims worked, will be off at least one more week, she said.
On Sunday, scores of mourners visited a growing memorial on a corner near the social service center where the shooting took place. There were American flags, a poster that read "Pray for the world," balloons, candles and cards. Many said they hoped the community would pull together.
At the St. Catherine of Siena Catholic Church, where shooting victim Yvette Velasco worshipped, the service focused on the need to get beyond the anger. Many parishioners said they would reach deep into their faith to find some way to forgive.
More than 100 people gathered for an interfaith memorial service at a mosque where Farook had occasionally prayed. Silver-framed photos of the victims were placed on a table at the Islamic Community Center of Redlands, with a candle lit for each.
Muslim community members said they are feeling both grief over the loss and fear of a backlash against their community. They encouraged community members to come together and not live in fear.
"It is really sad that we meet because of this. It is sad that only in death are we able to celebrate humanity," 30-year-old mosque member Ajarat Bada said, fighting back tears.
Associated Press 2015