(CNN) -- Two Disney employees were arrested in a child pornography sting orchestrated by the Polk County Sheriff's Office in Florida.

They were among 17 men nabbed in an undercover sting operation, according to a press release from the agency.

A Disney spokesperson told CNN by phone that Kinney was no longer employed with the company following his arrest in the sting. 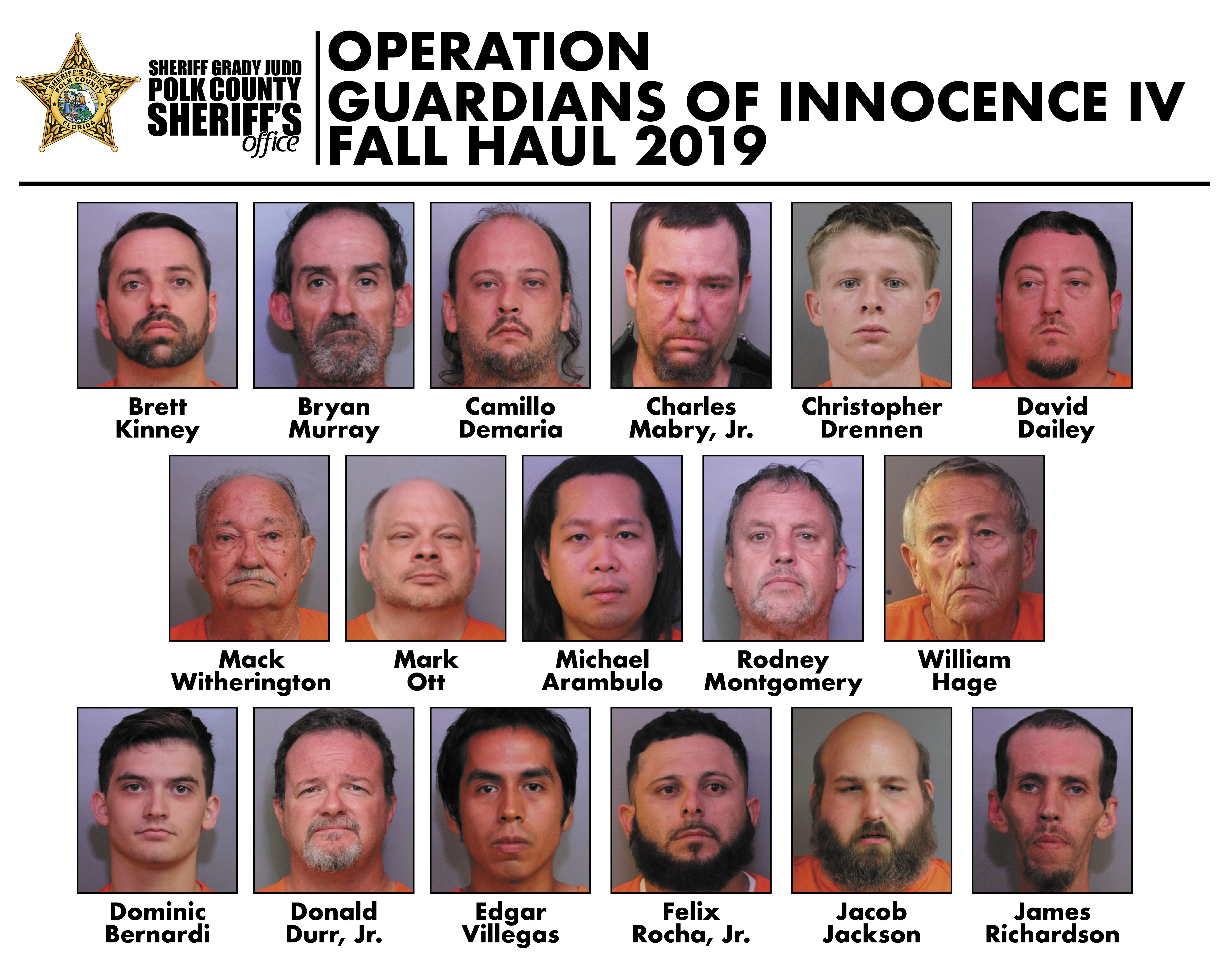 In the release, the sheriff's office alleges that Kinney would search online for images of boys from toddlers to 10 years old. He was caught during a peer- to -peer investigation of alleged child pornography.

When confronted by investigators, Kinney told them that he had an addiction to child pornography and had been viewing it for 22 years, according to the release.

A second Disney employee, Donald Durr Jr., was also arrested by the Polk County Sheriff's Office. Durr, 52, of Davenport, Florida, told investigators he was a custodial worker at Walt Disney Resorts. He was arrested and charged with eight counts of possession of child pornography and one count of promotion of sexual performance by a child.

Durr is on unpaid leave, a Disney spokesperson told CNN.

Investigators discovered an electronic tablet with three images of child pornography and a DVD created by Durr nine years ago showing explicit images of a child, the sheriff's press release said.

Durr described himself during an interview with detectives as "a pervert, but not a monster," according to the release.

CNN has reached out to both men for responses to the charges they face but has not yet heard back. CNN has not determined whether they have legal representation.