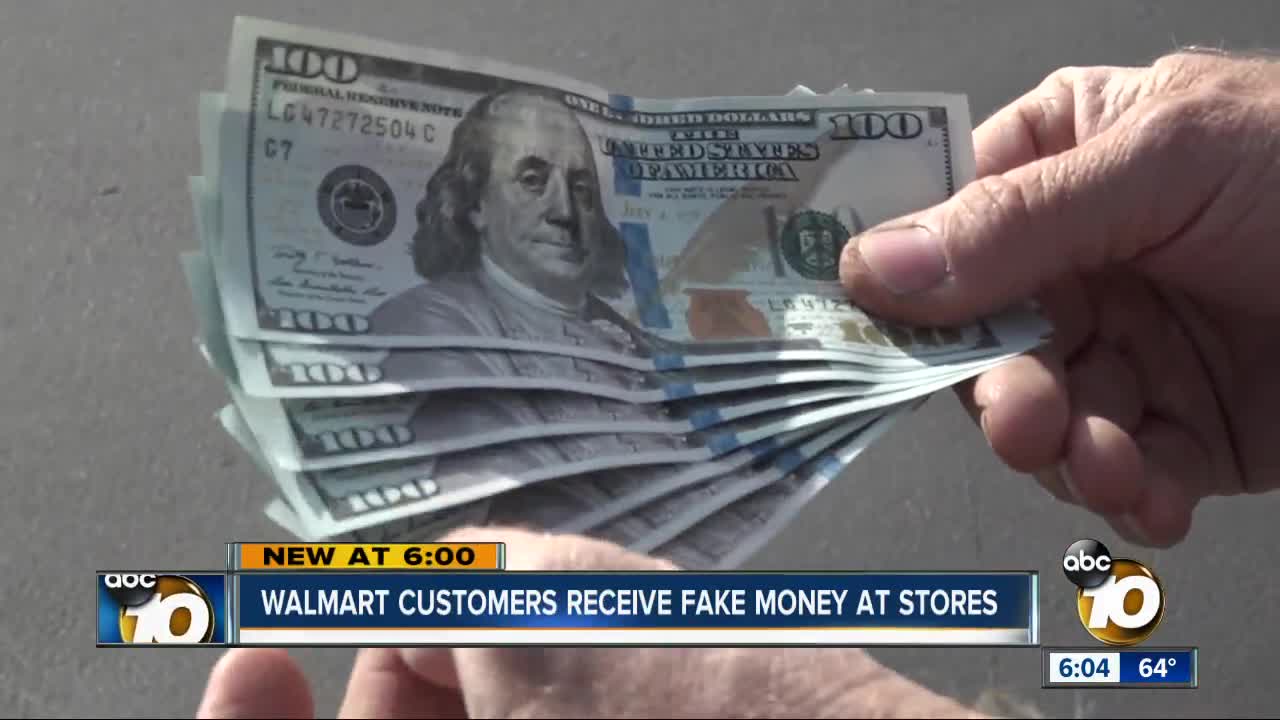 Customers at two Walmart stores in the North County say they received hundreds of dollars in fake bills. 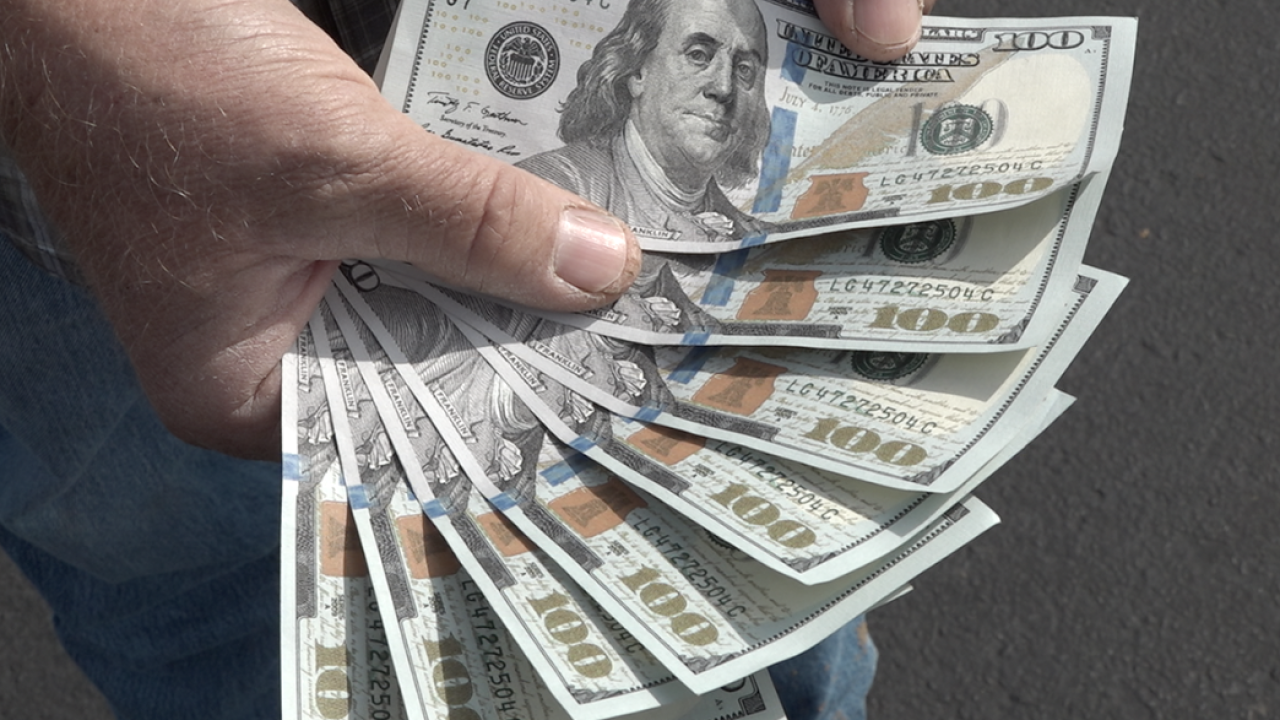 Last Thursday night, Billy Wagner went to the Walmart on Center Drive in San Marcos and cashed out a $1,000 money transfer from a friend on the east coast.

"Watched the lady count the money on the counter three times," said Wagner.

On the same night - and about five miles away in Escondido - John Whittingham stopped by the Walmart Neighborhood Market on East Valley Parkway to cash a check, receiving four $100 bills.

The next day, after he handed over half the bills to pay for a self-storage unit, a manager broke the news.

"You won't believe it. These two $100 bills are counterfeit. We marked them, and they're not coming in," said Whittingham.

"I couldn't them unstuck to count them," said Wagner.

Wagner took a closer look and saw that eight of his ten bills had the same serial number. He says his bank confirmed they were fake.

"Disbelief. It was extreme disbelief," said Wagner, who filed a report with the sheriff's department.

He says there was disbelief, partly because the counterfeit bills look very real except for a few differences.

"There is no watermark on the fakes. They are also less gritty when you touch them," said Wagner.

Of course, the identical serial numbers give the fakes away. 10News compared the bills received by both men, and those fake serial numbers matched. Questions linger. Where did the money come from? How many other customers got the bills? And how did the money slip past Walmart's safeguards?

"I never figured going into Walmart, counterfeit money would be floating," said Whittingham.

Whittingham did get his money back from Walmart. Wagner is set to meet with a manager at the San Marcos store this week. 10news reached out to Walmart corporate and are awaiting their response.