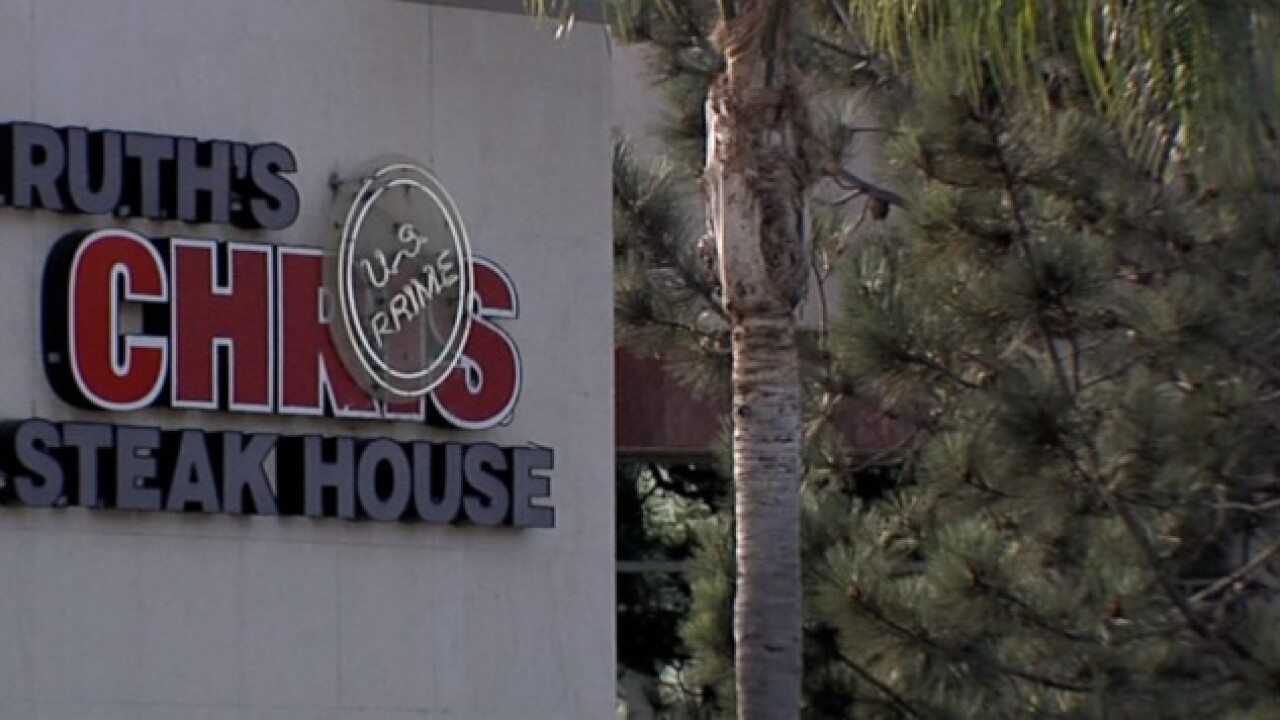 An employee of Ruth's Chris in Del Mar is suing the establishment and a former restaurant trainer for failure to prevent sexual harassment in the workplace.

Christa Call shared her story with Team 10 because she said "it wasn't just [her] that was affected."

Call started working at the restaurant March of last year as a server. She's been in the restaurant industry for several years and called getting hired at Ruth's Chris "a dream job."

But her concerns started on the first day with personal questions she said came from her trainer, Adam Perez.

"'What's your deal? Are you straight? Are you bisexual? You dig chicks?'" she said he asked her. Call tried to brush it off.

"They're literally holding your job in the palm of their hands," Call said. But it got worse. She said Perez told her to get something off a lower shelf, which she did.

"The next day he said, I told you to do that on purpose so I can point out your ass to the rest of the kitchen staff and they're already asking me if I'm f--king you," Call said. Even with those comments, she tried to stay friendly.

"He was very clear to me up front that if he didn't sign off on me, I didn't have the job," Call said.

When Call thought it could not get worse, someone alerted her to photos on Perez's Instagram page.

A couple months after Call started working at Ruth's Chris, she said his behavior escalated. According to the lawsuit she has now filed against the restaurant and Perez, Call went to a bar with a friend. Perez was there, too. Call and her friend left shortly after, but in the middle of the night, her growling dog woke her up.

That is when "she walked into her living room [and] saw Mr. Perez standing in the dark inside of her house, somehow gaining access to the house and entering without permission."

The lawsuit goes on to say she "immediately told him to leave and threatened to call the police if he did not do so immediately." Perez then left.

Call brought it up to her general manager at the time.

Ruth's Chris eventually held a "mandatory non-discrimination" meeting for employees. According to the lawsuit, it included a document managers wanted employees to sign that said they have never seen coworkers engaging in harassment.

"I went back to them, saying I'm not going to sign this because I'm going to perjure myself," Call said.

One drawing showed the quote "I am here to deliver justice."

"The way this was handled by management is inconceivable to me," said Call's lawyer, Marlea Dell’Anno. "I would really like to see Ruth's Chris take this as an opportunity to really look at their protocol and how they do things."

When Call thought it could not get worse, someone alerted her to photos on Perez's Instagram page.

One drawing showed the quote "I am here to deliver justice."

The drawing showed a man with a knife and a gun, standing over a body. Another drawing showed what Call said is part of her name and other women involved in the investigation leading to Perez's firing.

Call currently has an open case with the FBI. In May, the restaurant filed a restraining order against Perez to protect Call and several other employees.

There is also an armed guard outside the restaurant.

Call said all of this has been extremely emotional and stressful.

"Why am I living my life like this?" she said through her tears. "Is this the rest of my life now? Is it ever going to go away?"

A spokesperson for Ruth's Chris said they had not seen the lawsuit. Team 10 forwarded a copy and after their review, that spokesperson said they were "declining comment."

This is not the first of Perez's legal problems. In late 2017, an ex-girlfriend filed a restraining order against him. It accused Perez of punching the wall and kicking the door during an argument. She also said he told her that she "should die" and wrote an expletive on her car.

"I fear for my safety and my daughter's safety," she wrote.

Perez also faced burglary, robbery, and grand theft charges in 2007. According to the District Attorney's office, he was sentenced to 180 days in custody and three years probation.

Perez did not talk to Team 10, but his lawyer said that his client "does provocative art." He added that he is "not hurting anybody" and said he is not a threat.

Call still works at Ruth's Chris, saying she needs "a job to be able to finish [her] PhD" in clinical psychology. Call is the only one who has filed a lawsuit so far, but she knows she is not alone.

"There are four other women who work there right now that were victims of his," Call said.

For someone who's worked at the company for 11 and a half years, how many other women came through those doors and suffered in silence?"

Call said she has had to move and take different routes to work because of fear.

Team 10 spoke to at least one other employee, who corroborated Call's allegations against Perez.