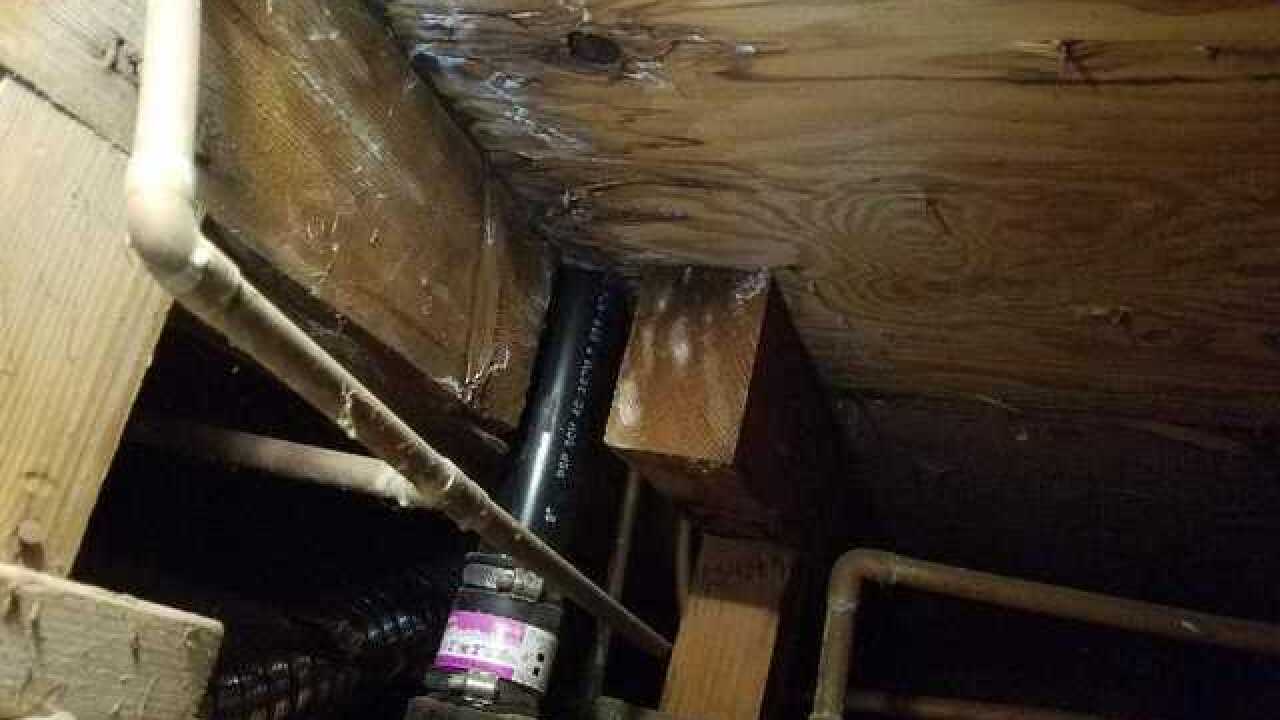 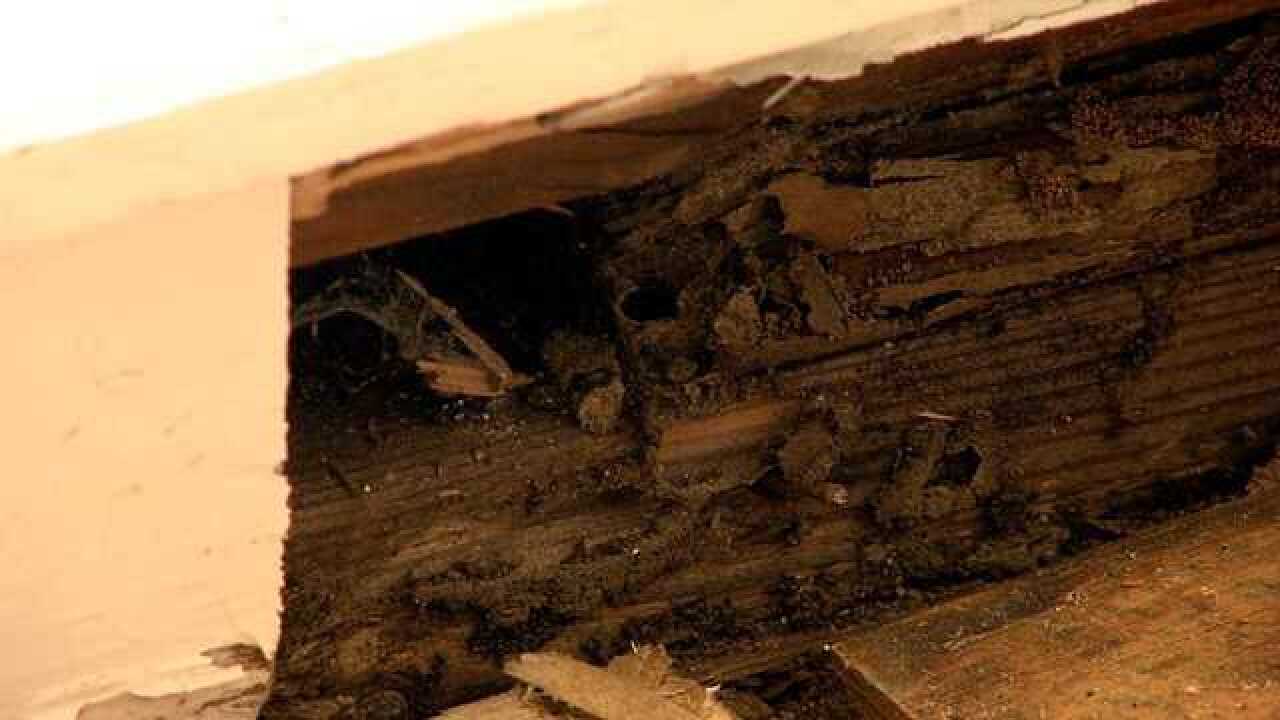 Escondido (KGTV) -  Months after moving into their new home, a North County family is dealing with termite damage.

The Cowans are first-time homebuyers and family members of a 10News employee. They said after they moved into their new home they discovered the termite damage was much worse than the pre-sale inspection noted.

"This is supposed to be our living room, our family room, and we have it roped off to ensure that no one goes flying into the hole,” said Janelle Cowan.

The Cowans said they relied on a termite inspection performed before they purchased the house by a company hired by the previous owner.

The inspection noted some minor damage and repairs that needed to be made.

"Shortly after we moved in it's like, wait right here, they didn't fix this. Why didn't they fix this?” said Andrew Cowan.

He said they started to see bubbling on the wall, but he believed termite damage not identified in the initial report would be covered under a warranty.

"We brought out the realtor, the other realtor, the company that did the repairs and they made it seem like they were going to make some repairs at first,” he said. “Then a week later decided that they weren't.”

The Cowans said they had concerns the original inspection company didn’t get under parts of the house. Before any significant construction, they decided to hire their own termite inspection company to do a thorough review of their home.

They said the results turned up more termite damage.

"We’re getting quoted up to $10,000 in damage,” said Janelle Cowan. “It's a structural wall. They have to take out the windows. They have to repair all the wood."

"... with the hot real estate market many homes are sold as is or with an inspection report from the seller."

The initial company came back to the Cowans’ home multiple times to review the damaged areas, but disputed the claim that they were responsible.

The Cowans filed a complaint with the California structural pest control board.

With the inspection under review by the state, 10News is not going to name the original inspection company.

Team 10 spoke with the company's owner who said his inspector did things right.

He claims there were areas under the house his inspector couldn't access. Those areas are part of what being disputed. He explained their contract states the inspection includes areas that are visible and accessible at the time of the inspection. Those areas were not visible until after the Cowans began working with a contractor, he said.

"It is important to have two to three inspections to make sure that you have a very clear picture of what your house looks like,” said Travis Stradley with Nix Termite, a company not involved with the dispute.

Stradley said with the hot real estate market many homes are sold as is or with an inspection report from the seller.

He said if buyers have questions about the home's condition, then they should not assume. They should instead get clarification.

"The benefit of having a second opinion is that you're comparing apples to apples,” Stradley said. “You’re going to buy something based on what you anticipate the damage to be, then it's pretty important that report be accurate," he said.

The original inspection company said the case has been given to a state inspector who will contact the buyers and inspect the house along with reviewing all reports. The state inspector will determine if the initial company is in compliance with the report findings and then issue a ruling.

A spokesperson for the Structural Pest Control Board tells 10News all complaint and investigation information is confidential, so they can’t speak to this incident.

The spokesperson said consumers should always verify the license of a company before they hire by going to the board’s website – www.pestboard.ca.gov, or by calling 1-800 952-5210

These two links provide some information on contracts -- https://www.pestboard.ca.gov/forms/househld.pdf