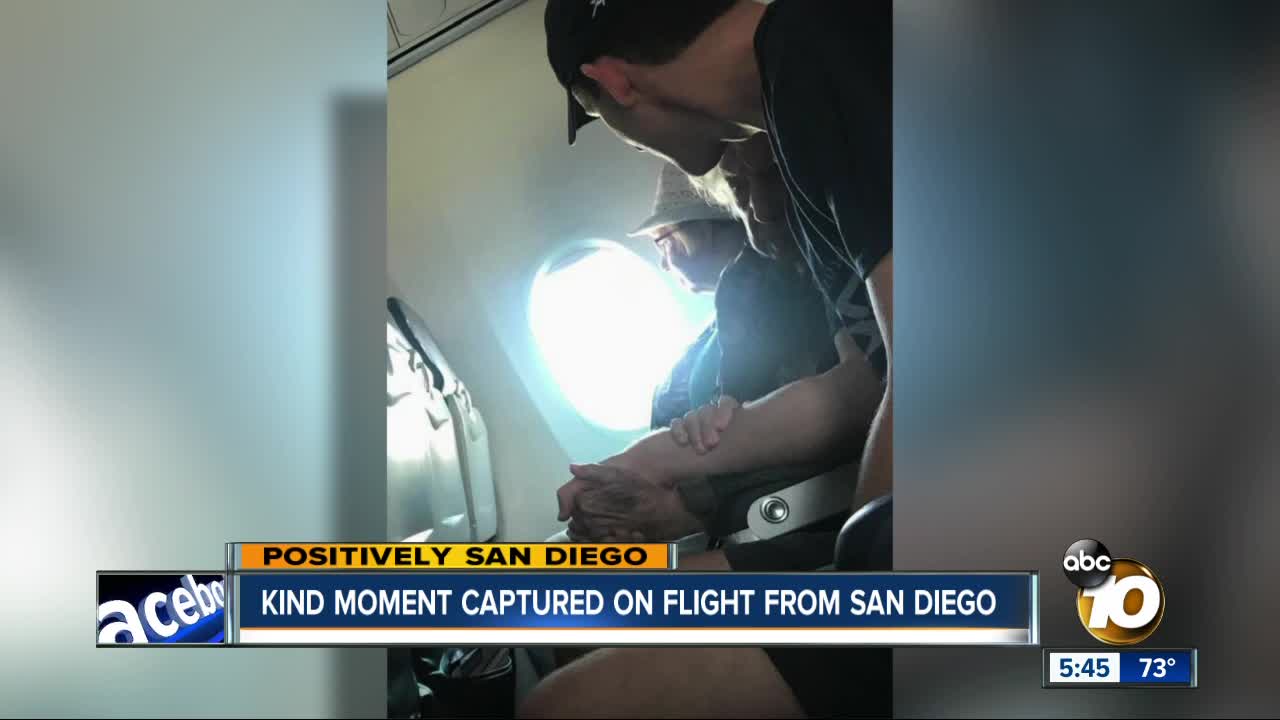 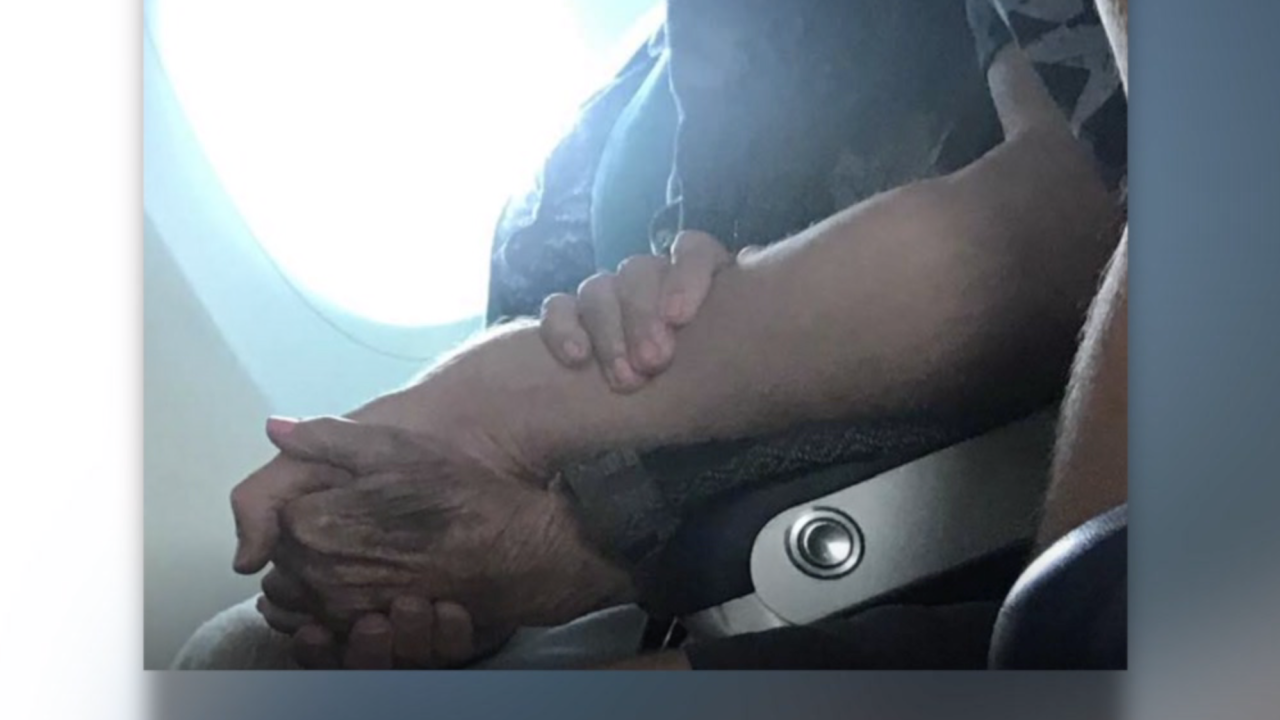 SAN DIEGO (KGTV) - A stranger helped a woman through a flight from San Diego to Nashville in a random act of kindness caught on camera.

Megan Schofield was on the Southwest plane and told 10News what she noticed.

The flight had just started to take off when Schofield saw an elderly woman tightly clutching a young man’s arm.

“Upon take-off, she mentioned she hadn't flown in 15 years and she was scared, and she said to the gentleman “Take my hand”, and he grabbed her hand,” Schofield said.

Schofield discovered the woman was 96 years old and flying to celebrate her birthday with family across the country.

“Seeing that, I told the gentleman I would want somebody to treat my grandmother the way you treated her.”

Schofield posted the moment on Facebook, where it went viral.

“Sometimes we're just so caught up in the hustle and bustle that we don't always see who needs help.”

The man in the photo, identified only as Ben, emailed Schofield, saying he was happy such a simple moment could be so important to so many people.

Schofield was inspired to pay it forward.

“Yesterday on my flight home, a lady about the age of my mom… I could tell she was a little bit worried. She said “I don't fly, I drive” so I walked her to her gate and she gave me a big hug.”

The elderly woman who received help from the young man is named Virginia, but we don’t know her exact identity. She was on her way to Kansas City. If you know her, email us at tips@10news.com.