Those 'pretty white flowers' aren’t what you think 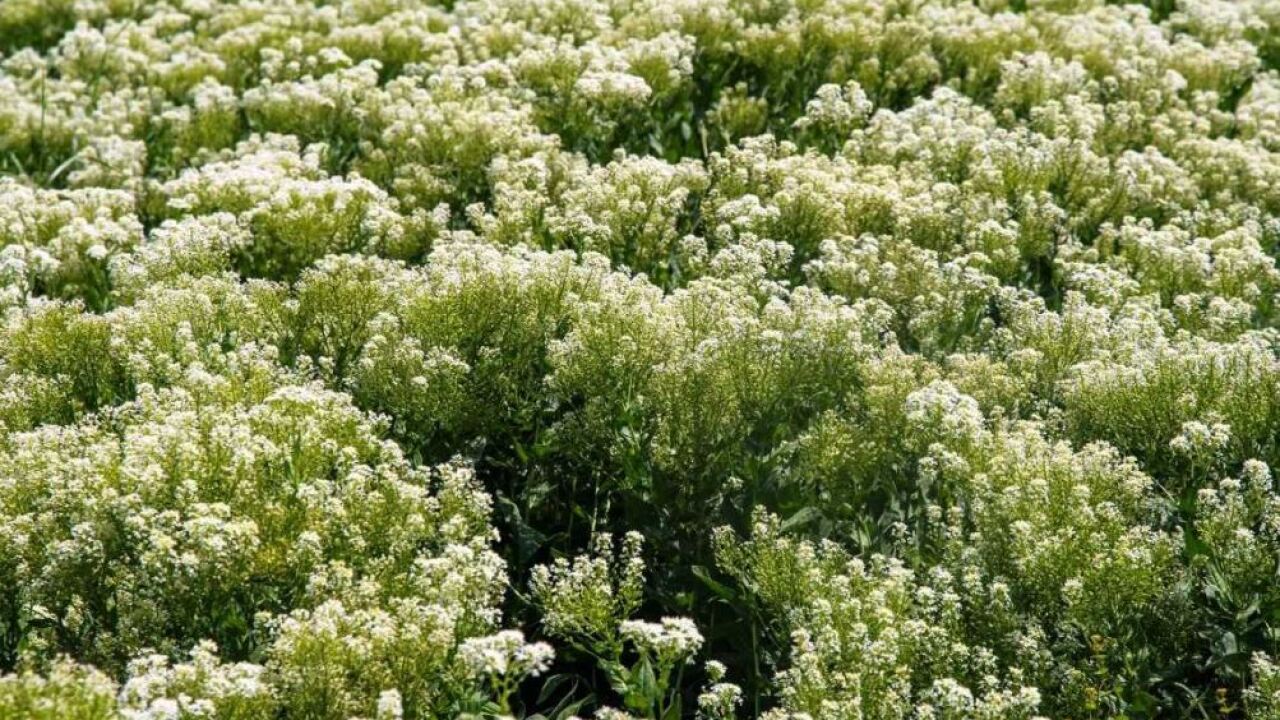 If you have what seems to be an outgrowth of pretty white flowers that appear to be attractive ground cover vegetation growing on your property, you might want to think again, according to noxious weed officials.

They say chances are better than average that what you’re actually seeing is an infestation of a particularly bad invasive, noxious weed known as Hoary Cress, which goes by its common name of Whitetop.

“Whitetop is one of the first noxious weeds that we attack in the spring. The plant has spreading roots that get into lawns, pastures, roadways, and garden areas. Because it develops very thick canopies and absorbs a lot of water and nutrients, it does a great job of choking out native vegetation,” said Roger Batt, Idaho Weed Awareness Campaign coordinator.

Hoary Cress, a creeping perennial and noxious weed, typically grows up to two feet tall. Multiple branches grow off the root system with white flowers at the end of each branch. The weed not only can produce by seed -- but has an integrated root system that allows it to creep vertically and laterally into unwanted places. The leaves are light green with a distinctive white midvein.

“Depending upon which control method is used, controlling and eradicating Whitetop can be very simple — or very discouraging,” Batt said. “Mechanical control such as disking or plowing is not very effective. Most folks find that the weed simply comes back with a vengeance in a few weeks. Hand pulling small patches of this weed can be effective, but a majority of the roots need to be pulled with the plant and placed into a garbage bag.”

Experts say the best control method for Whitetop is to use certain herbicides. Herbicide recommendations can be found online. When using an herbicide, always follow the label and safety instructions on that herbicide label.

Noxious weeds have already infested some eight million acres of Idaho’s lands and pose a serious threat to Idaho’s economy, ecology and agriculture, Batt said. “State and private landowners annually spend upwards of $25 million to combat noxious weeds. But even with that level of effort, thousands of acres of land are taken over every day by one or more noxious weeds known to have infested the state.”

To learn details about the best strategies to get rid of noxious weeds, click here.