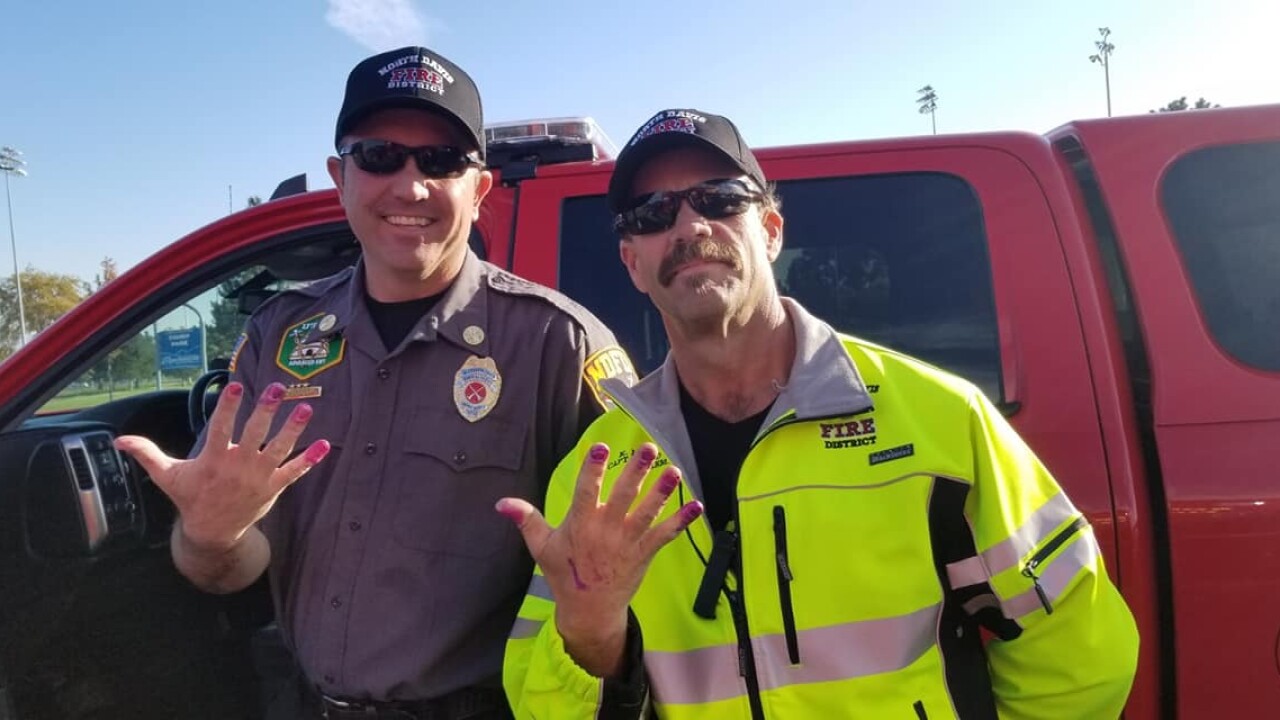 CLEARFIELD, Utah — Firefighters in Utah were able to keep a little girl calm following a car crash — and got fresh manicures to boot.

According to a Facebook post by the North David Fire District, shift Battalion Chief Allen Hadley and Captain Kevin Lloyd were among those that responded to a car crash on Saturday. Among those involved in the crash was a young girl who was frightened and was trouble calming down as other first responders checked on her mother.

Hadley and Lloyd noticed that the little girl was holding bottles of fingernail polish. The two officers started talking to her about her polish and asked her if she would like to paint their nails, according to the North Davis Fire District.

"Within minutes, the child was calmly paining their nails and had forgotten about the accident she had just experienced," the North Davis Fire District posted.

This story was originally published by Paige Kimball on KXXV in Waco, Texas