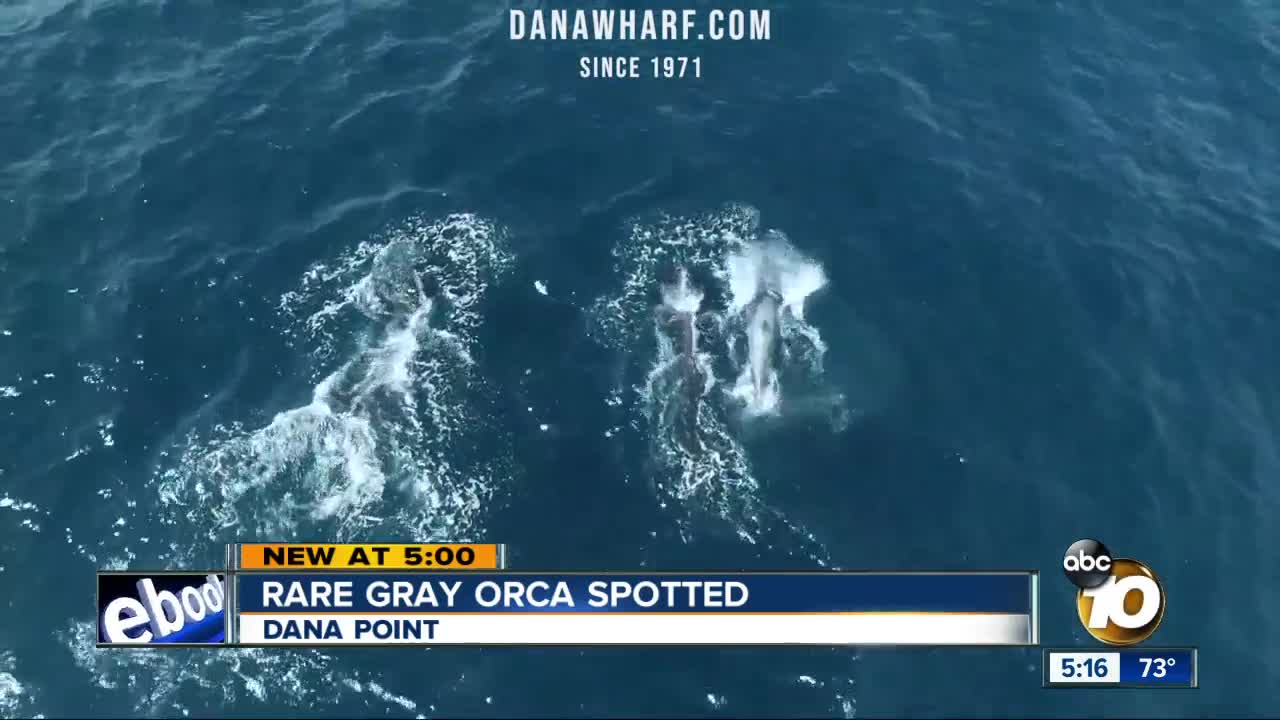 A rare gray orca was recently spotted off the coast of Dana Point.

(KGTV) — Whale watchers off the coast of Dana Point were recently treated to the sighting of a lifetime.

A rare gray orca calf was spotted swimming in a pod of whales by a pilot, before the message was relayed to Capt. Todd Mansur of Dana Wharf Whale Watching.

Mansur said the sighting by itself was a rare occasion on its own.

"The feeling you get when you get to see, not only orcas, but then to see that baby and how it stood out so much," Mansur recalls. "I've been doing this for longer than most people have been alive. And I have had killer whale encounters in Southern California less than 10 times."

The gray orca is one of two that have recently been documented by scientists. The other was seen off the coast of British Columbia.

"There were people on the boat that were crying. That's how excited they were," Mansur said.

Mansur says there's no way to know what gives the rare orca its gray color. It could be a gene or a disease.

"Unless we actually collect a DNA sample from all of them and scientifically match things up," Mansur said. "But for the passengers on board, it was the spot of a lifetime."