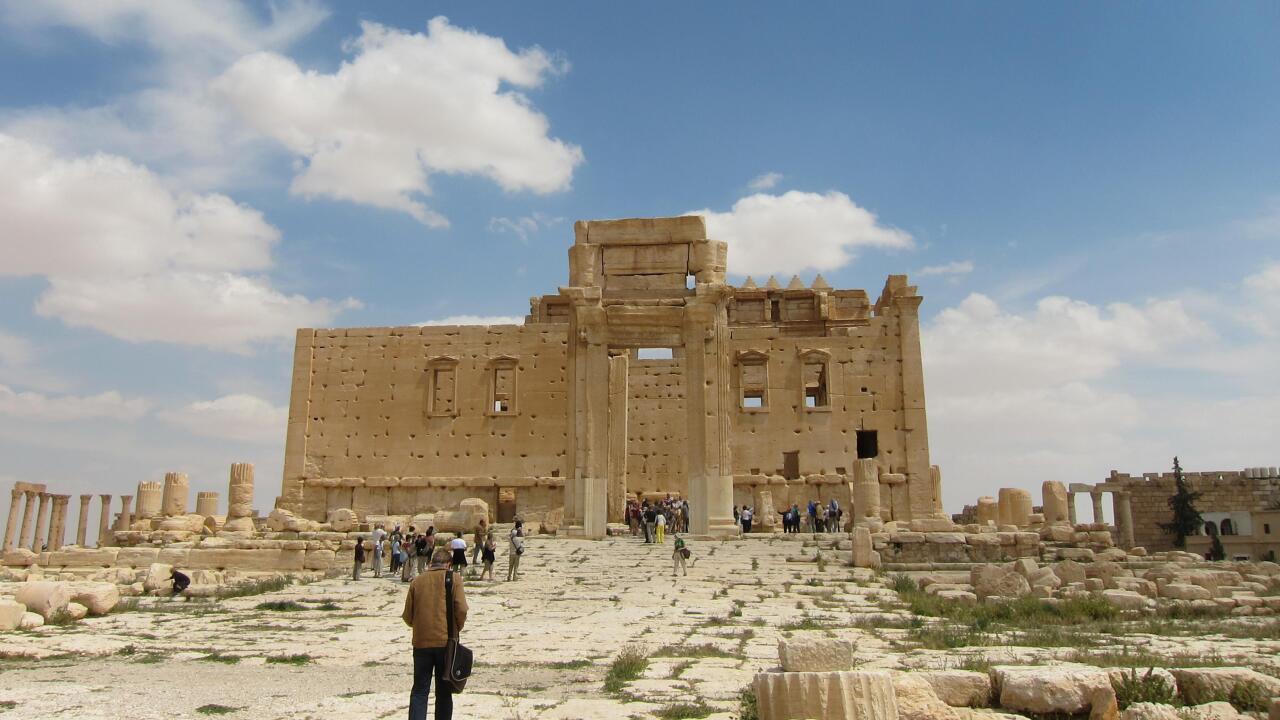 SAN DIEGO (CNS) - UC San Diego announced Thursday that five years after it was destroyed in the Syrian civil war, the ancient Temple of Bel in Palmyra, Syria has been digitally reconstructed by the university library's Digital Media Lab using 3D methods and artificial intelligence applications.

Inspired by a past collaboration between the library and UC San Diego's Levantine Archaeology Laboratory, the project resulted in the digital preservation of more than a dozen lost reliefs, sculptures, frescos and paintings, all made publicly available on the library's digital collections website.

Destroyed in 2015, the Temple of Bel has been called one of the most important temples in the entire Middle East -- along with Lebanon's Baalbek -- and served as one of the best-preserved examples of ancient art and architecture, a statement from the library said. It attracts more than 150,000 tourists annually.

Through the use of more than 3,000 publicly available digital photographs taken over the course of a decade, the library recreated the structure using Pointcloud, an online viewing platform.

"This project underscores the library's commitment to engaging in collaborative efforts to better understand how the university can support emerging teaching and research formats," said Roger Smith, interim associate university librarian for scholarly tools and methods at the UC San Diego Library. "It also allows the library to better plan for our role in acquiring, preserving and sharing scholarship while incorporating new media and data formats."

The digital photographs used to create the virtual rendering of the Temple of Bel were sourced from open-access repositories such as the NewPalmyra project, the Roman Society, Oxford University and individual tourists, then populated into Pointcloud, which allows users to interactively explore the once- massive temple compound. Additionally, artificial intelligence applications were used to isolate the temple's important features from other elements that may have appeared in the images, such as tourists, weather conditions and foliage.

"This new technology has allowed the Library to combine image data from many different sources," said Scott McAvoy, manager of the Library's Digital Media Lab. "For example, a photo from a Polish tourist visiting in 2010 can be combined with a photo from a Japanese tourist visiting five years later to extract 3D features. These images have provided the basis for the reconstruction of this site--without them, we would not have been able to embark on or successfully complete this project."

To view the UC San Diego Library's digital recreation of the Temple of Bel, visit http://lib.ucsd.edu/templeofbel.