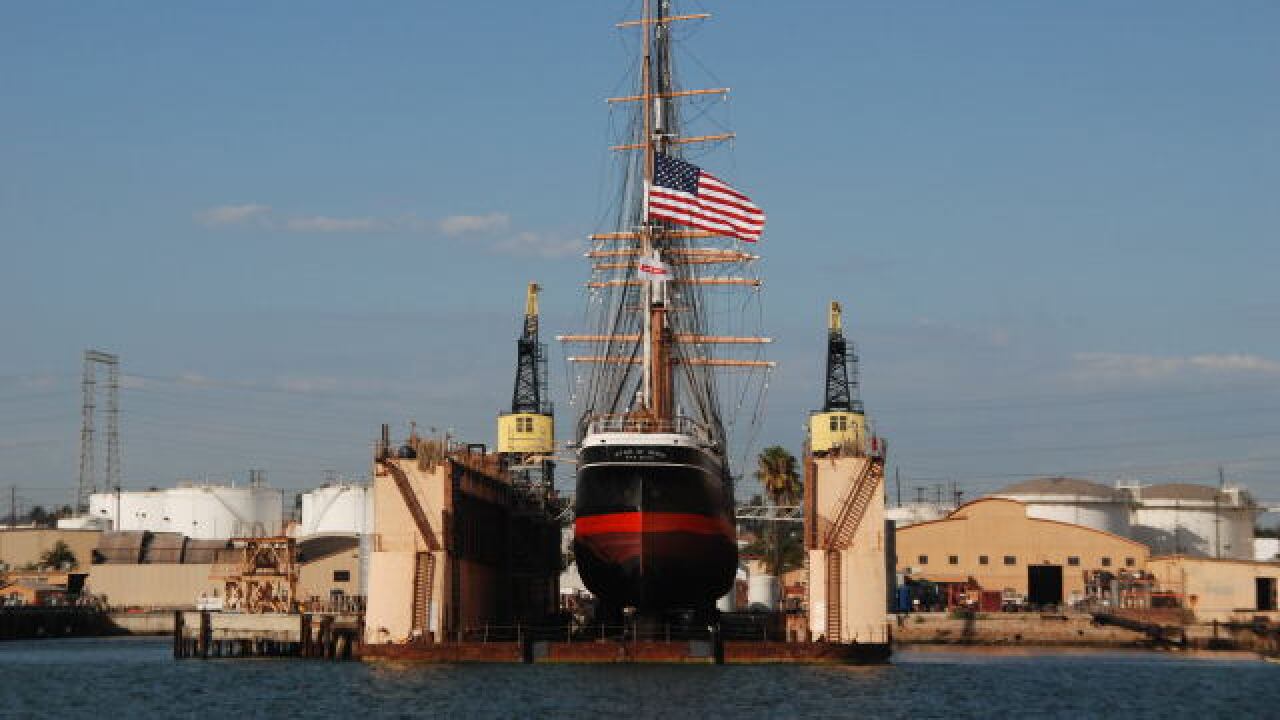 Maritime Musem of San Diego
The Star of India dry docked in San Diego in August 2009 to undergo restoration projects. 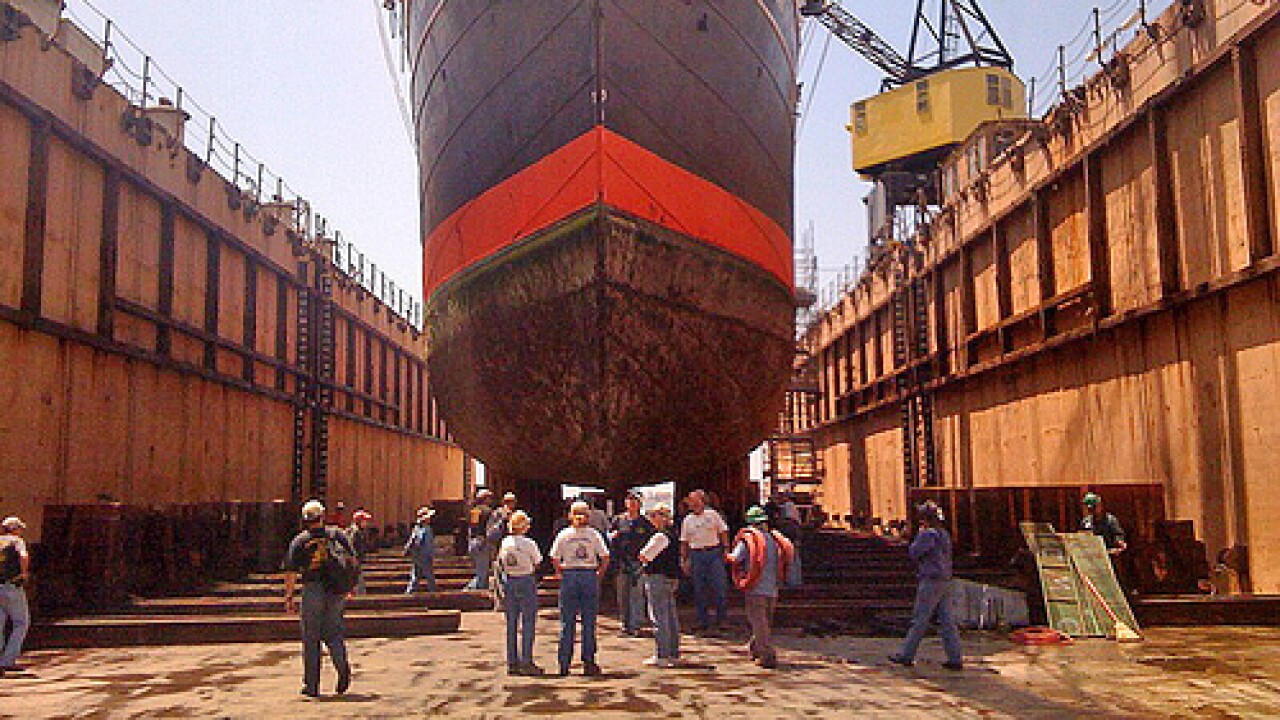 SAN DIEGO (KGTV) — A landmark of San Diego's skyline will disappear for 10 days as it undergoes some much-needed care.

The Star of India will be moved from its place on the waterfront at the Maritime Museum of San Diego to be dry docked from Feb. 11 to 21.

Crews will perform a bevvy of projects in just days to comply with requirements by the U.S. Coast Guard for dockside attractions, including hydro-blasting, anti-fouling and top side paint, and an inspection of the nearly 100-year-old ship's hull integrity.

The museum says it will also work on the ship's band at the waterline to replace anti-corrosion substances between the iron hull and steel band before she returns.

The USCG requires the Star of India to be hauled out for inspection and work every 10 years.

The last two dry docks were more extensive than the upcoming project, according to the museum. And while the vessel is dockside, she still has ongoing restoration projects as well, including re-decking and work on foremast spars.

While the Star of India is absent, the museum still showcases several seaworthy vessels to see. The museum's main exhibit area rests inside the 1898 Victorian-era ferryboat Berkeley, where visitors can check out the ship's multiple levels down to its engine room.

The museum also features Soviet-era submarines that visitors can climb through and a look inside a PCF 816 Swift Boat and 1914 Pilot boat — both of which are National Historic Landmarks.

The ability to restore the famed ship is possible thanks to a $200,000 grant from the National Park Service’s Maritime Heritage Program, the museum says. The project required the museum to match those funds, which it says it did in mid-2019. But the museum continues looking for contributions from the public to offset the costs of maintaining all over its vessels.