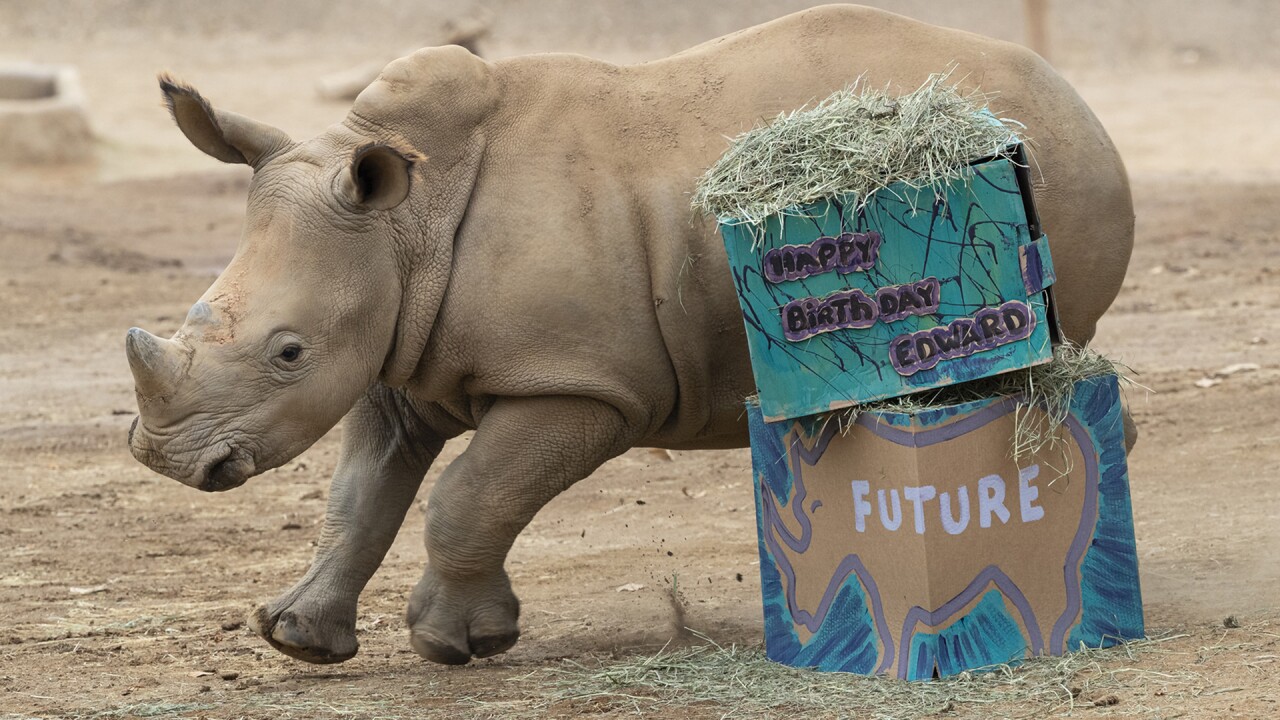 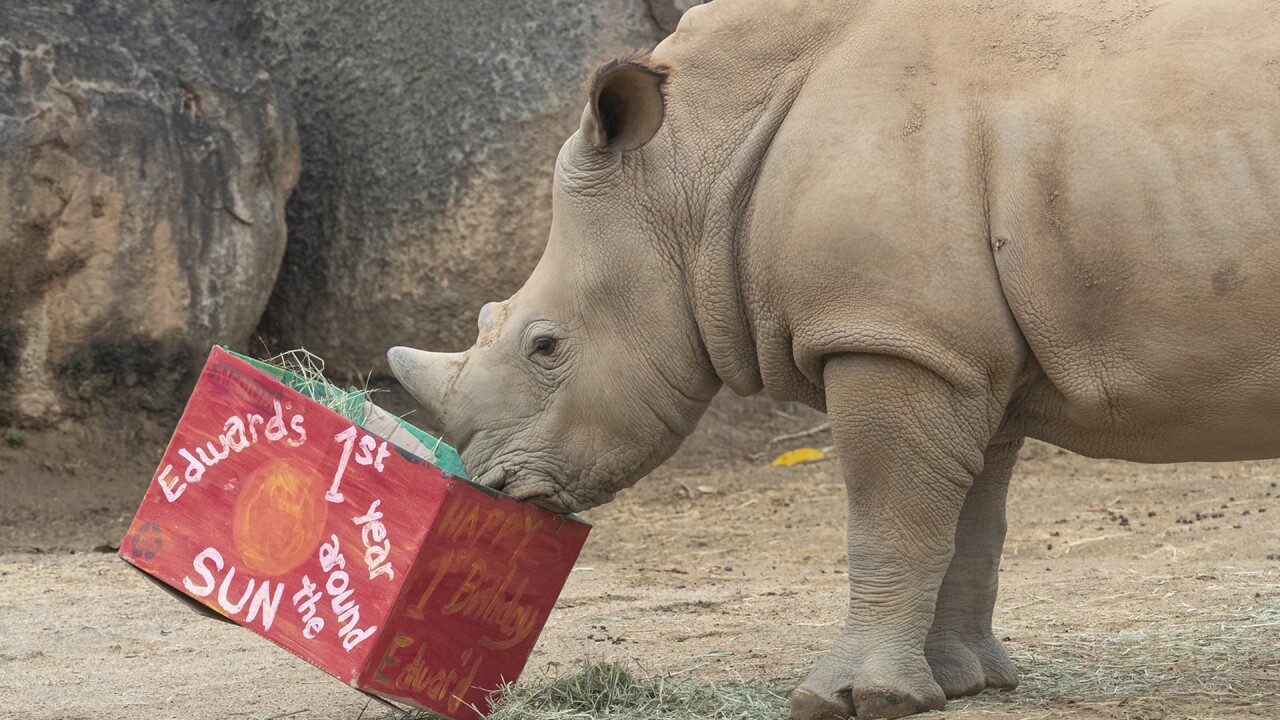 SAN DIEGO (KGTV) — It's already been one year since the San Diego Zoo Safari Park saw the first southern white rhino born through artificial insemination arrive at its park.

"Even though he doesn’t know it’s his birthday, it is very special to see Edward – a healthy, robust rhino - running around, enjoying his special treats," said Barbara Durrant, director of Reproductive Sciences at San Diego Zoo Global. "We aren’t just celebrating his birthday but also are celebrating the significance of his birth."

Researchers believe that a northern white rhino calf could be born from artificial insemination within 10 to 20 years.