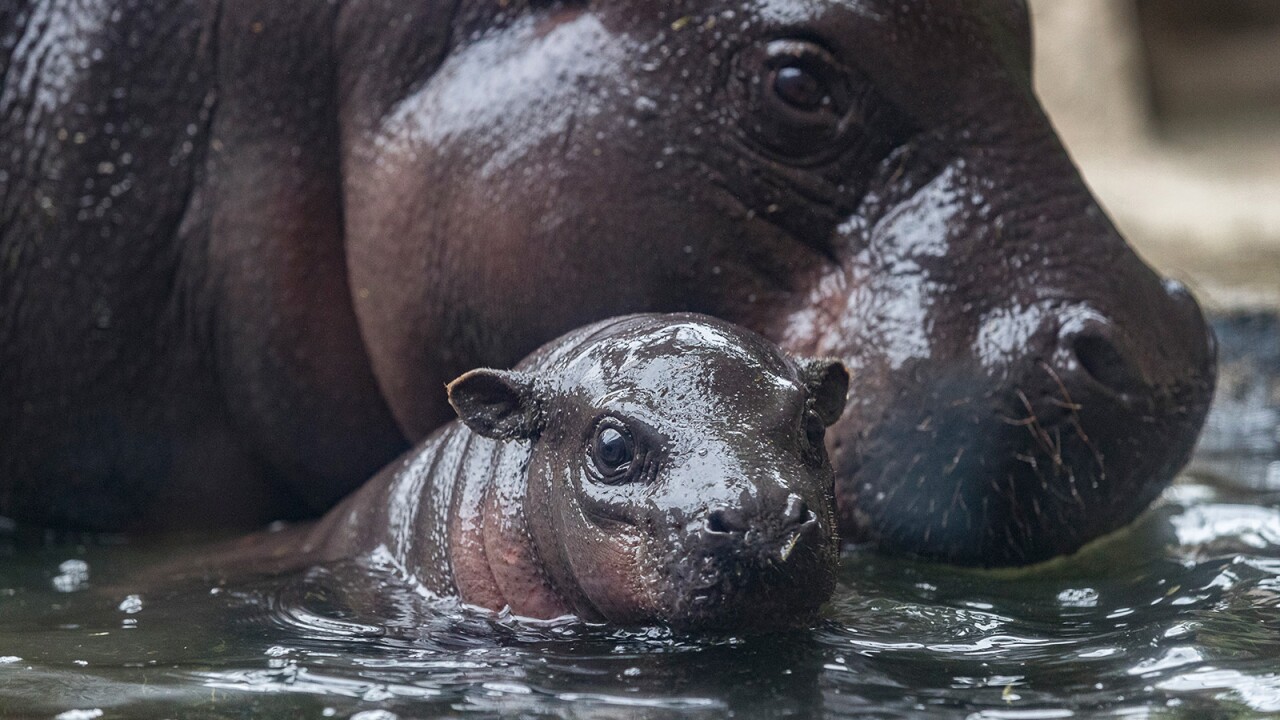 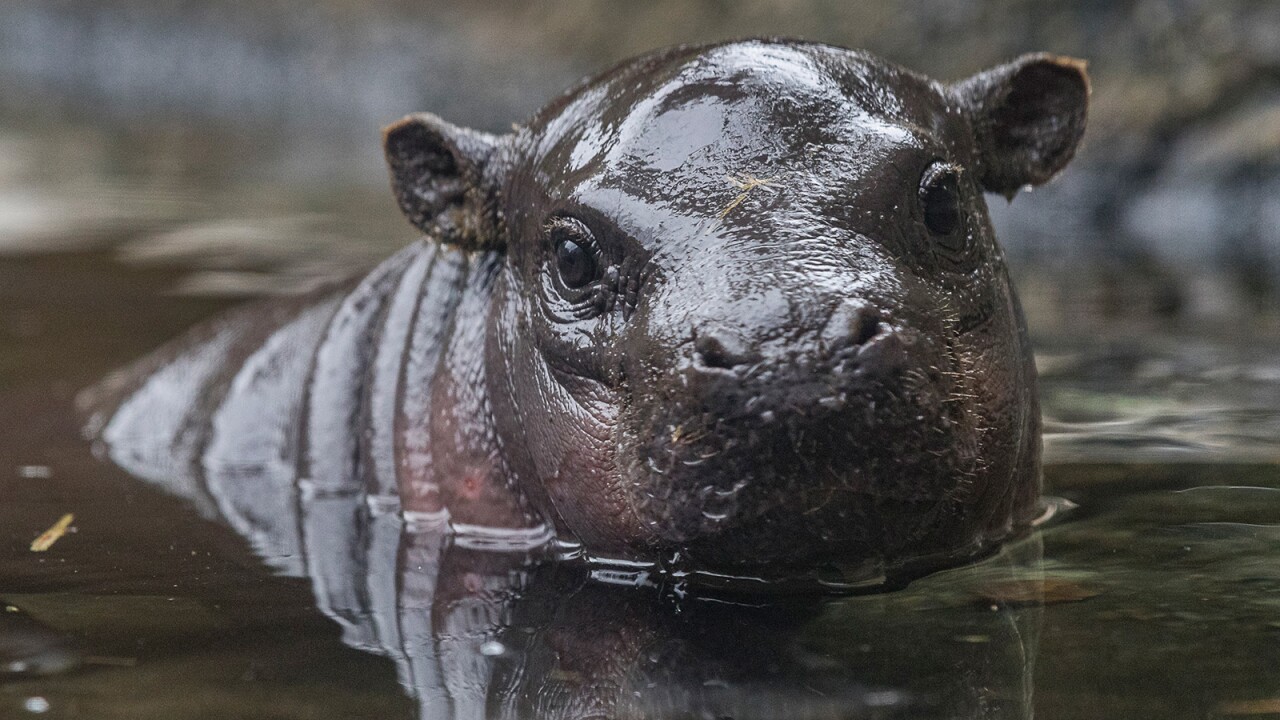 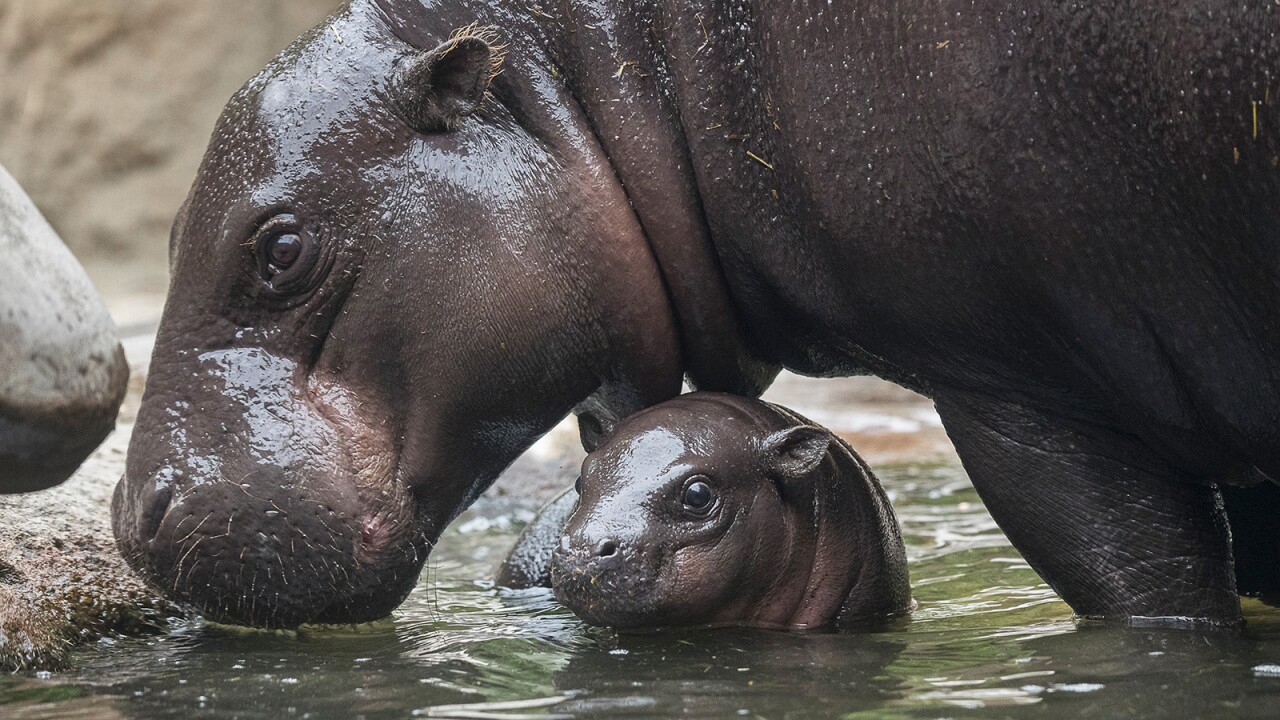 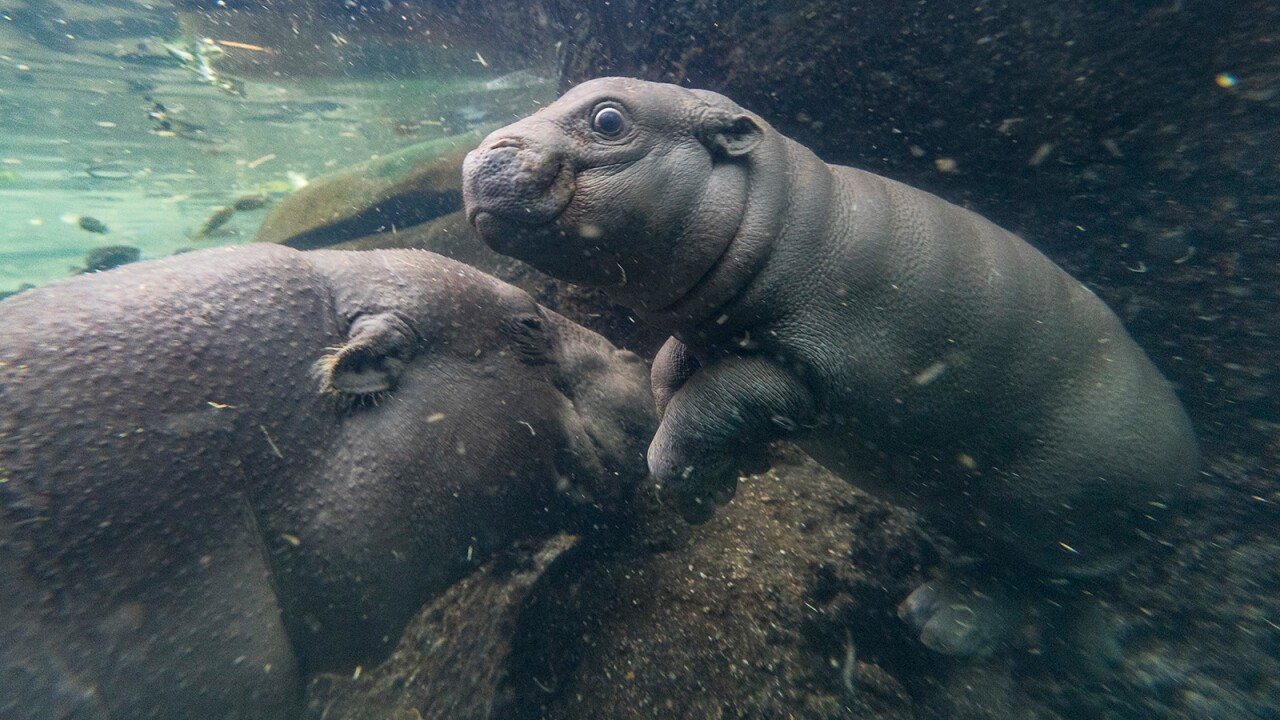 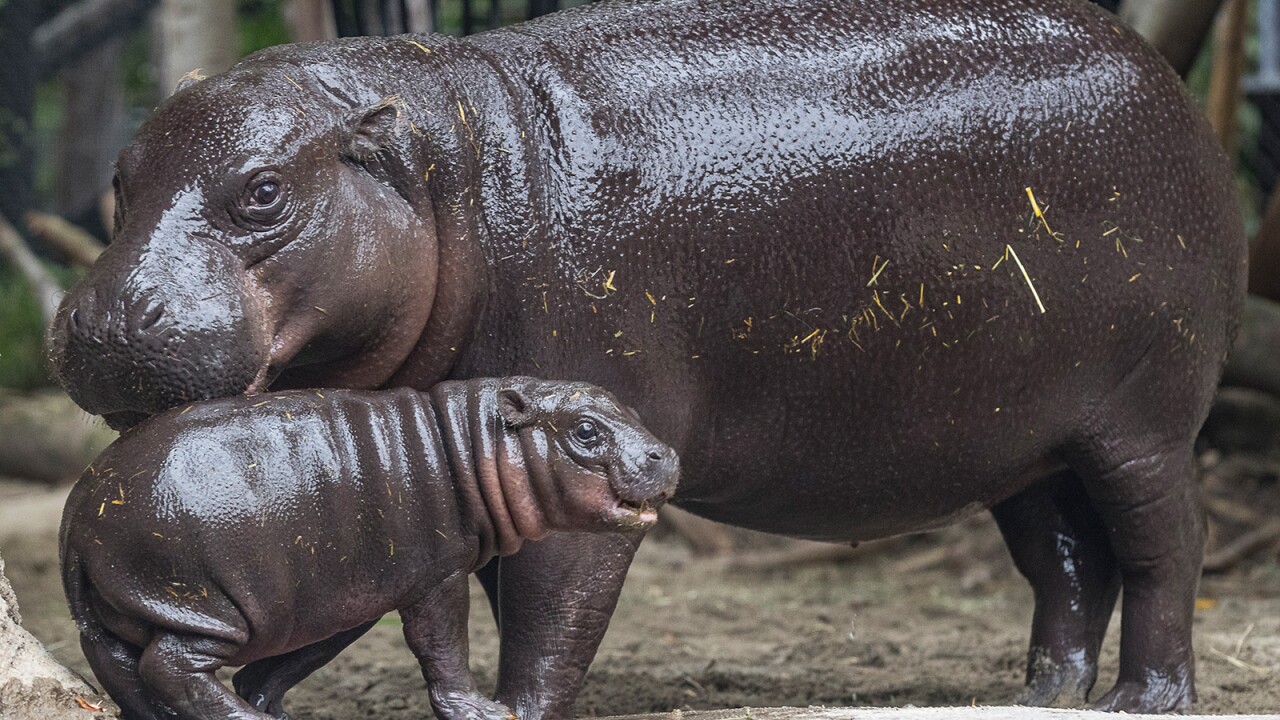 SAN DIEGO (KGTV) — Just in time for the San Diego Zoo's reopening this month, a recent animal addition will be making his debut.

A 2-month-old male pygmy hippopotamus, named Akobi, and his mother, Mabel, have been moved from the park's maternity habitat to the main pygmy hippo habitat in the Lost Forest area of the zoo.

Akobi, born on April 9 and the first success pygmy hippo birth at the zoo in more than 30 years, stayed close to his mom once introduced to the habitat. But the zoo says he's already exploring the large pool, new terrain, and other animals in the shared habitat.

"We’re excited to welcome guests back to the San Diego Zoo, so they can see this adorable calf who has brought his wildlife care team so much joy," said Leanne Klinski, wildlife care specialist for primates. "Akobi is doing great at navigating the pygmy hippo habitat, and I look forward to seeing the interactions between him and the primates who live in this habitat, too."

Akobi can be seen from the morning until early afternoon in the Lost Forest habitat.

Pygmy hippos are listed as Endangered on the International Union for Conservation of Nature Red List of Threatened Species. The animals live in rivers and streams in the forests of West Africa. Less than 2,500 pygmy hippos now remain in Africa. The species are primarily threatened by logging, farming, and human settlement.