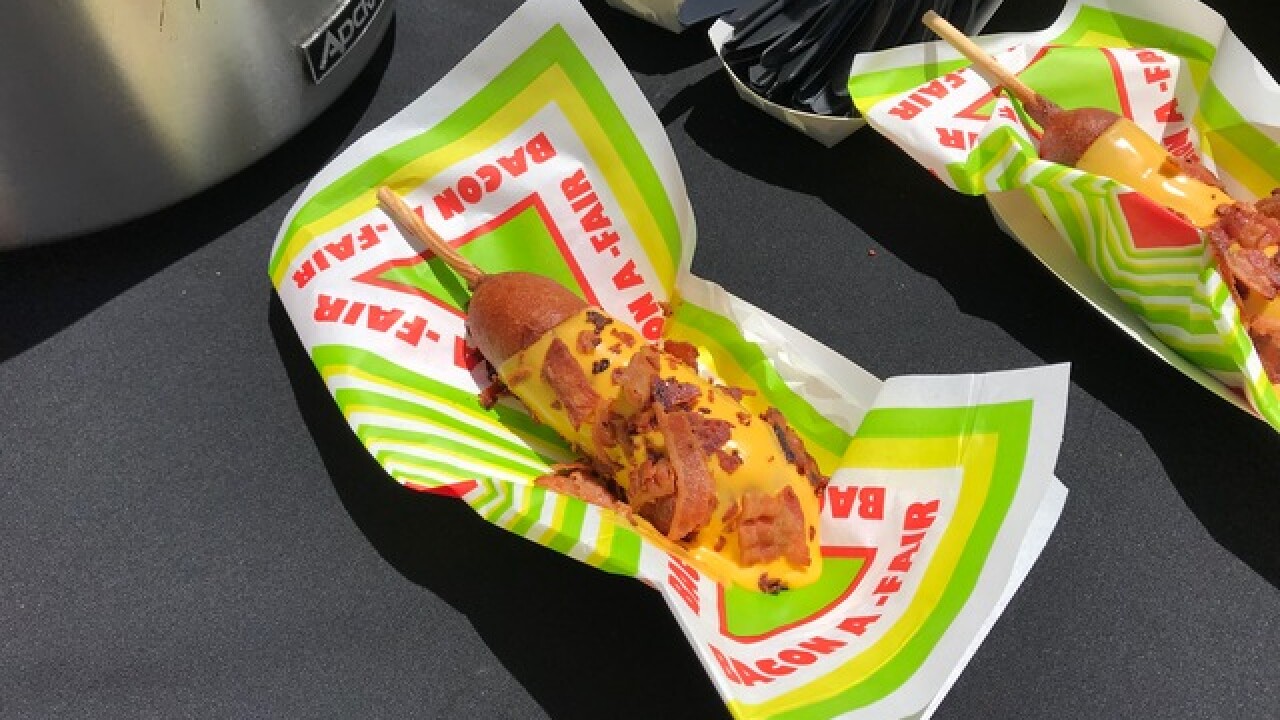 Copyright 2018 Scripps Media, Inc. All rights reserved. This material may not be published, broadcast, rewritten, or redistributed.
<p>Corn dogs from Bacon A-Fair</p>

The fair started in the late 1800s and now welcomes more than one million visitors every year.

Here’s at look at the fair by the numbers:

Bacon: More than 30,000 pounds of bacon were used by Bacon-A-Fair, a popular food vendor.

Beer: Mike Hess sold the equivalent of 86 kegs of beer, including a special tangerine brew made for the fair.

Chicken: The perennial favorite Chicken Charlie’s branched out to deep-fried filet mignon this year. 5,000 pounds were served to hungry fairgoers. 3,000 pounds of sugar were used to make the Cotton Candy Ice Cream Sandwich. Hang on to your diet - Charlie said he used a ‘truckload of oil’ to deep fry his specialties.

Unicorns: One of the summer’s most popular foods was Unicorn Nitro Popcorn. The Candy Factory used 2,640 liters of liquid nitrogen to freeze the candied popcorn.

Approximately 2,500 people went on the Super Bungee, and about 50 people got cold feet. The youngest person who went on it was nine and the oldest was 67.

Make sure to keep your San Diego County Fair ticket. The ticket will work for a free admission to one of these fairs in California this year: