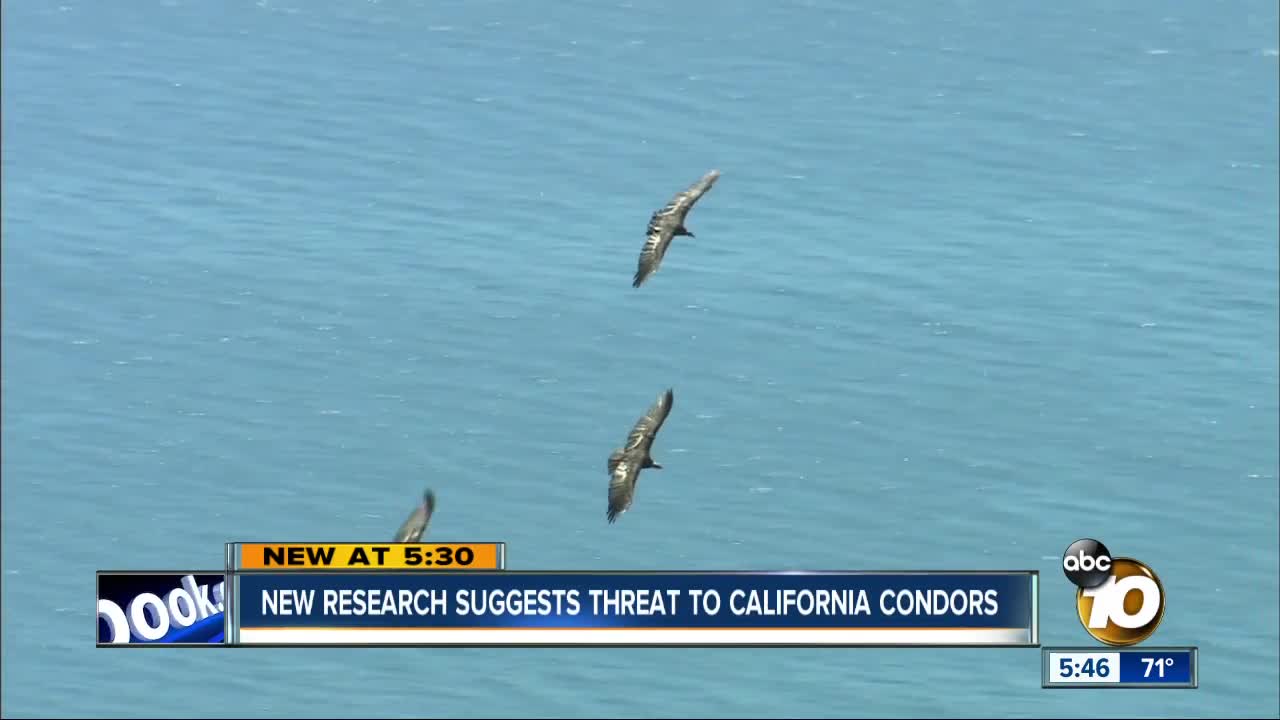 New research shows pollutants remain a big reason California condors are still fighting their way back from near extinction.

SAN DIEGO (KGTV) — After all these years, people still love coming to the San Diego Zoo to see the California condors.

At one point in the 1980's, there were only 22 of them living outside captivity.

The zoo began a major effort to save the species, getting them to reproduce and then releasing them across the state. It's worked. There are now more than 250 flying across the American West and Mexico.

RELATED: How the wild parrots of San Diego arrived in America's Finest City

"It's really good for us, actually, because they help to reduce all the bad things that cause our sicknesses and ill health. So it's pretty cool," says Maggie Stack, a San Diego State graduate student. Stack is part of a new SDSU team working with the San Diego Zoo to save the bird.

As much success as the zoo has had with the condor program, new research shows that the condors in the wild are still under threat.

"The condors are still critically endangered, so there's still a long way for them to go until we can have a really self-sustaining population," Stack said.

A big reason for that is that the same pollutants that nearly killed the condor off so many years ago are still hurting them today. Stack's team is doing research suggesting that the condors are still dealing with lead poisoning and the chemical DDT, which was banned nearly 40 years ago.

A thinner shell means a greater chance of the egg being crushed, often accidentally by the parent condors trying to keep the egg safe.

The researchers hope their work at SDSU can help solve the problem.