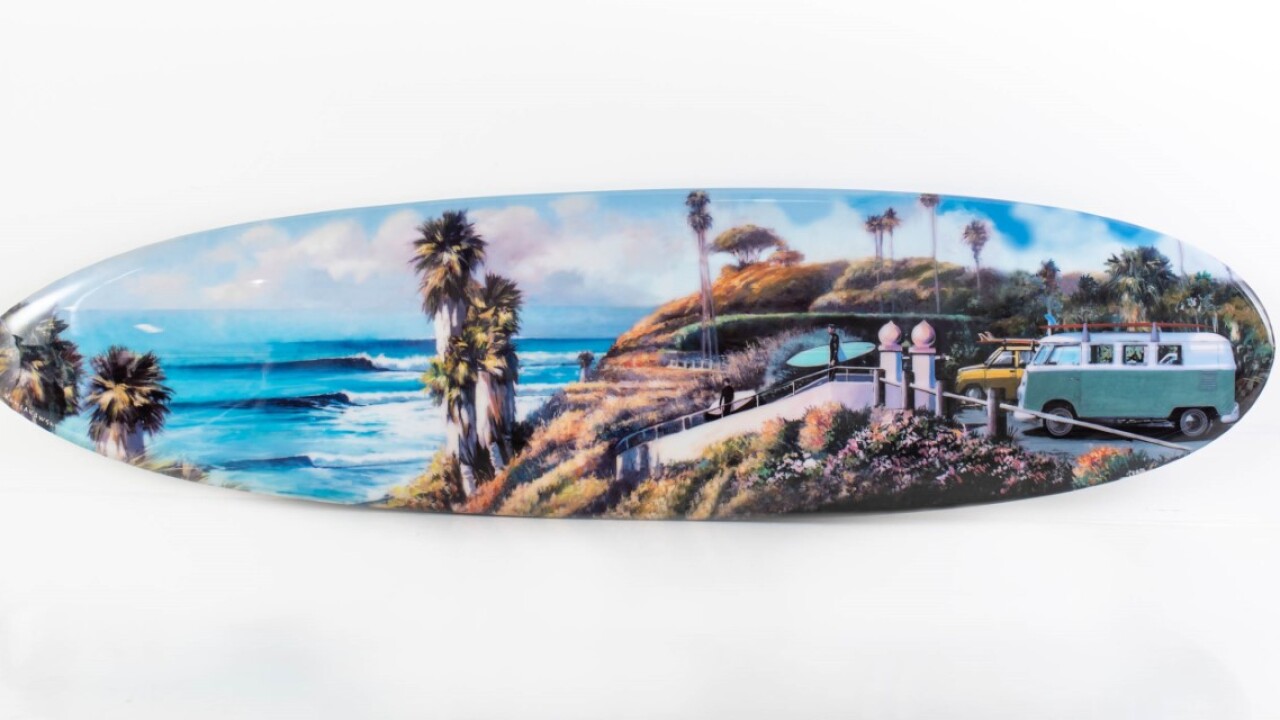 SOLANA BEACH, Calif. (KGTV) -- A new outdoor art museum showcasing art from around the world is opening in Solana Beach.

Called the Art Alley on Cedros, the museum is free to the public.

The grand opening of the new alley will be held during the last Cedros Stroll of the summer.

The first exhibit is surf-themed and will feature 12 surfboards designed by various international artists displayed along the alley.

The entire museum was designed to withstand the elements and, after its opening, will never close.

The grand opening of the alley will be held on September 26 from 5 to 8 p.m. at 320 South Cedros Avenue in Solana Beach. Music will continue until 10 p.m.