SAN DIEGO (KGTV) -- It's officially October and with that comes an increase in candy searches on the internet.

As Halloween is fast approaching, Zippia discovered which Halloween candy is the most popular in each state using Google Trends.

So what sweet treat do Californians crave the most? 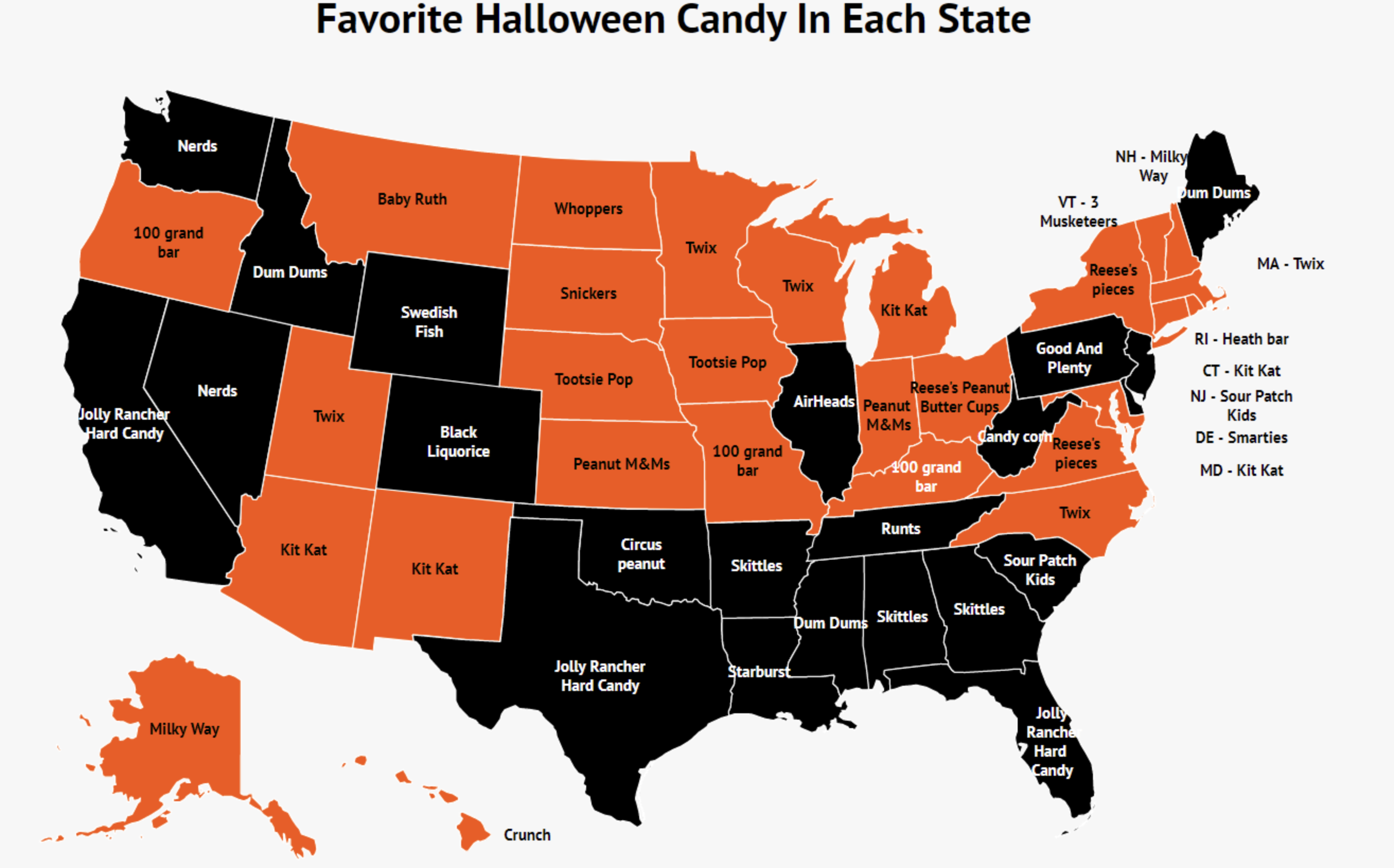 And while the Golden State's top candy is very reasonable, some other states have questionable taste.

If you've ever wondered who actually likes Runts the answer is Tennessee. Oklahoma is eating all the Circus Peanuts so trick-or-treaters of the panhandle, beware.

People in Colorado favor black licorice, and residents of West Virginia keep it traditional with candy corn as their most-searched Halloween treat.

Starburst was the most popular candy in the U.S. on Zippia's list last year, and it's still the top treat in Louisiana.

And finally, I’d like to applaud North Dakota for understanding the superiority of Whoppers malted milk balls, and Hawaii is the only one in the nation to think Crunch bars are Halloween's top treat.

Who are you giving accolades to? And does your state’s favorite surprise, delight, or horrify you?