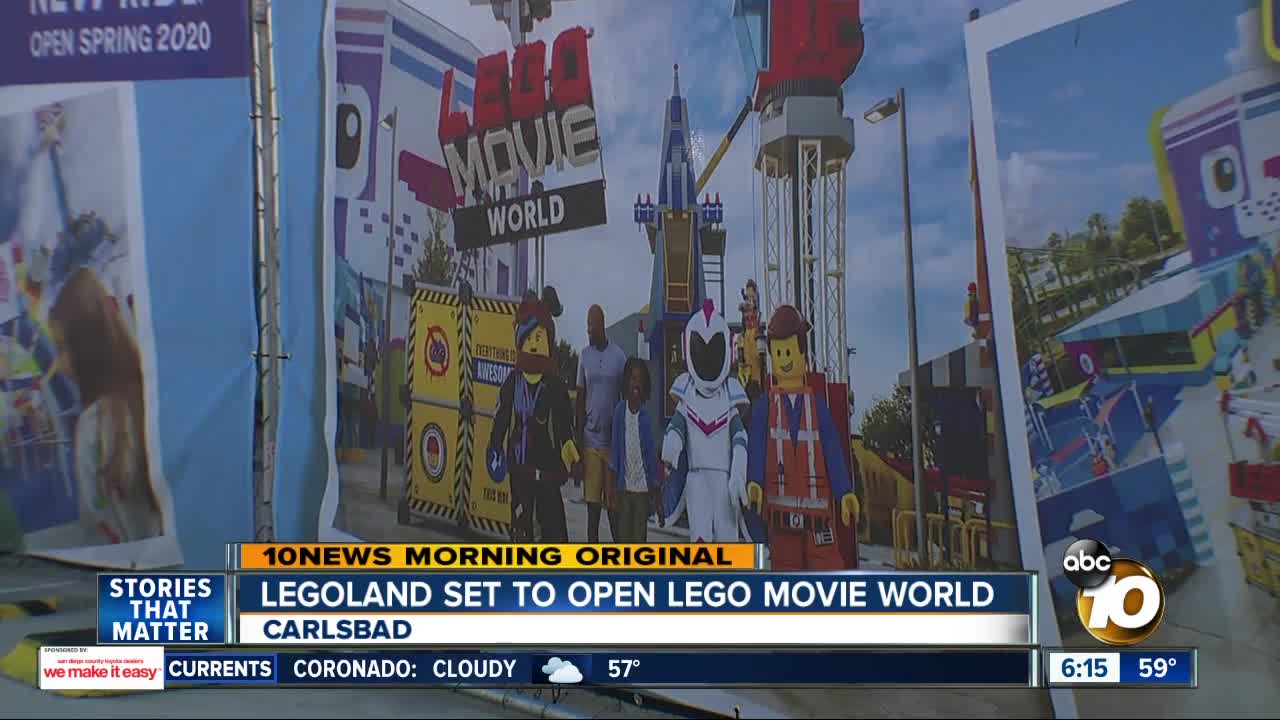 Legoland California is ready to cut the ribbon on an expansion they hope is truly "Awesome."

CARLSBAD, Calif. (KGTV) -- Legoland California is ready to cut the ribbon on an expansion they hope is truly "Awesome."

Lego Movie World will open at the theme park in Carlsbad in late March.

"When people walk in, they're going to get the feeling of being within the Lego Movie world taken from both of the movies," said Tom Storer, the Senior Project Manager.

The land is isolated from the rest of the park by tall buildings and billboards. That helps make it feel immersive, which is the direction the theme park industry is going right now.

"We're raising the walls, having buildings that are 35-45 feet high and separating it from the rest of the park," said Storer. "That makes it feel like you're in the experience."

The marquee attraction is Emmett's Flying Adventure, a movie theater-style ride where guests will sit on Emmett's signature triple-decker couch while soaring through locations from the movies.

The screen is 50 feet tall and the ride will have 4-D technology with wind and scented air blowing at riders during the presentation.

But, Storer said, the beginning of the ride is what sets it apart from other, similar movie-theater attractions.

Guests will start facing away from the screen in a pitch-black theater. As the ride begins, the gondolas will rotate a full 180-degrees to reveal the movie.

"Turning around 180 degrees, feet dangling over the edge, and then this larger than life screen comes alive ... that's a wow moment," said Storer. "It's going to be a spectacular experience."

The ride's sister-attraction in Florida is the only other movie style-ride in the world that features a 180-degree turn.

Other new rides themed after characters from the Lego movies include a UniKitty Disco Drop, the Queen Whatevra Carousel and Bennie's PlayShip.

The land will also have a meet and greet area for characters from the movie, a store to sell "Awesome Stuff," a restaurant, a Lego brick play area and several small food carts.

To make room for the massive new land, Legoland had to move Duplo Playtown and the attractions in Heartlake City to a different part of the park.