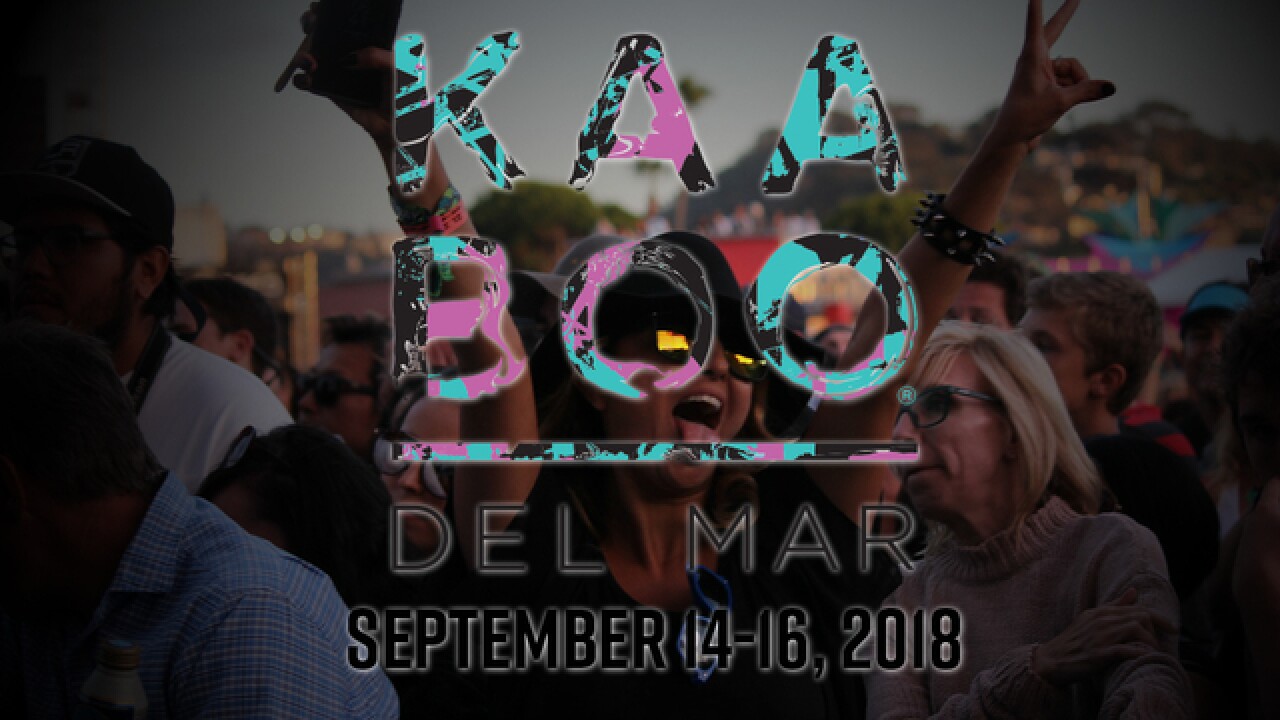 SAN DIEGO (KGTV) - Katy Perry, Imagine Dragons, Foo Fighters and TLC are among the big-name musical acts that will take the stage at KAABOO Del Mar later this year.

This year's event returns to the Del Mar Fairgrounds Sept. 14-16 for three days of hit music, comedy and artwork.

Comedians that will take the stage include Craig Ferguson, Kevin Nealon, Whitney Cummings and Craig Robinson.

Passes for KAABOO Del Mar are now on sale. They can be purchased at www.kaaboodelmar.com/get-yours.

Our #KAABOOdelmar 2018 lineup is here! Come hang with us this September. Passes go on sale at 9AM here 👉 https://t.co/N0XGSAD3IA . #KAABOO pic.twitter.com/r7Ha8l3Xmr

Music wasn't the festival's only shining offering though. Comedians Patton Oswalt, David Spade, Arsenio Hall, and Sebastian Maniscalco kept guests laughing through the day and artwork and installations by international and local artists provided all the Instagrammable moments one could ask for.

Food also has a place at KAABOO, where celebrity chefs have put on live demonstrations, local eateries have set up shop, and food trucks have provided delectable eats to attendees.