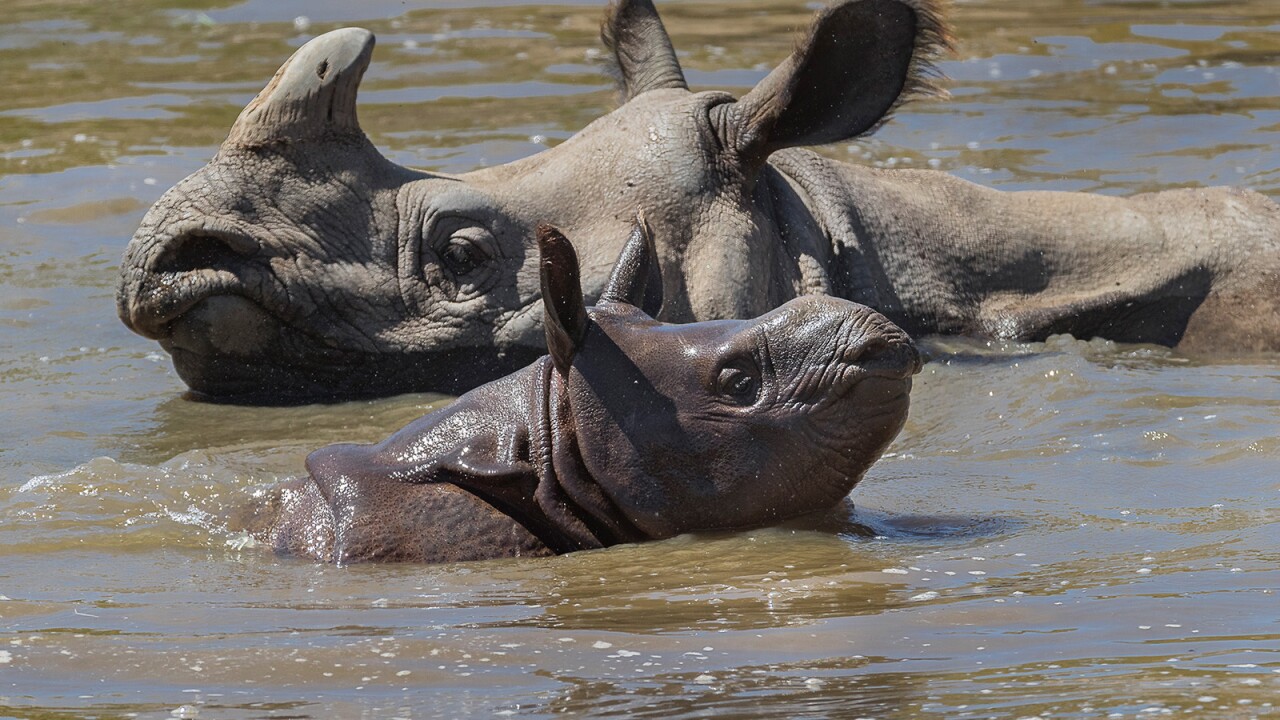 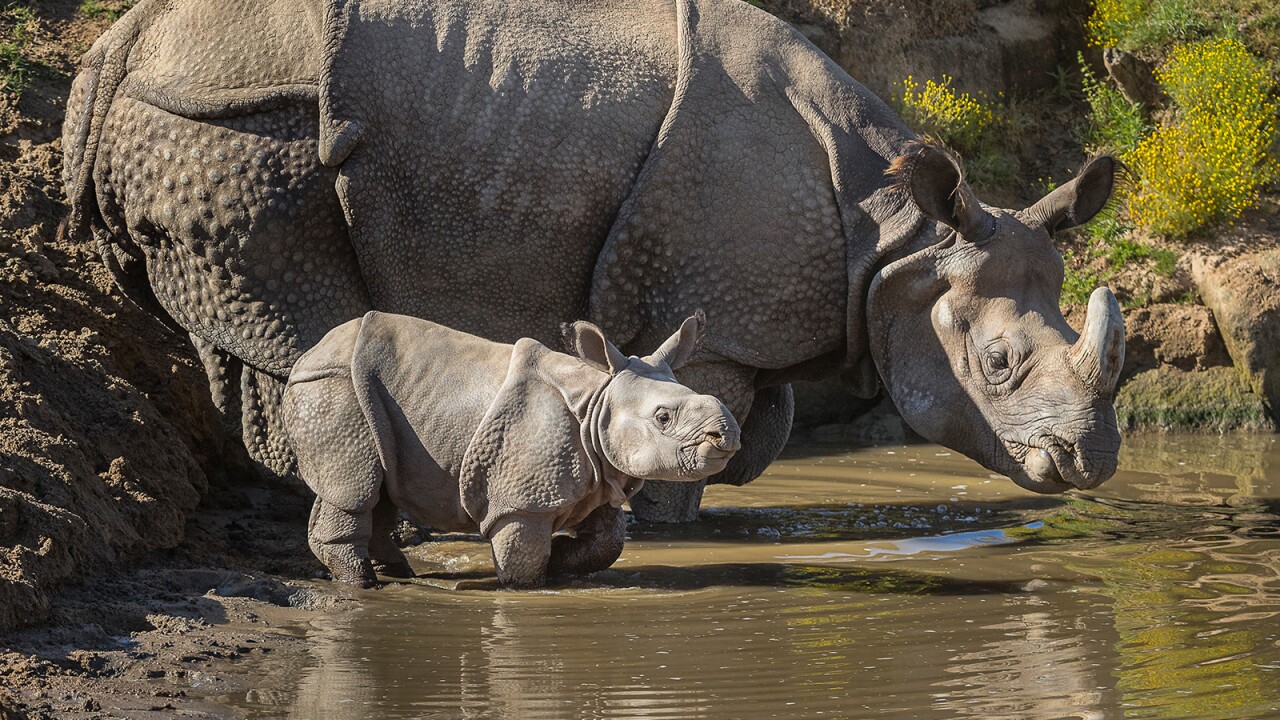 Next to their mothers Asha and Tanaya, the calves — born on March 25 and April 11, respectively — were finally able to explore their Asian Savanna habitat. Both pairs bonded while traversing the area, before intereacting with some of the other wildlife in the habitat.

Tanaya and her female calf, which has not yet been named, enjoyed some wallowing in the mud, taking a cool dip, and meeting some of the blackbuck antelope and other animals in the 40-acre habitat.

Asha and her male calf, named Arjun, explored hills and grassy areas. Arjun also met one of the habitat's Javan bantang (before quickly running back to mom's side.

"It’s great to see Asha and Tanaya introducing their calves to other wildlife for the first time," said Jillian King, senior wildlife care specialist, San Diego Zoo Safari Park. "Everything is new to the calves right now, so it will be interesting to watch them explore. We will keep a watchful eye on them, and look forward to them meeting more of the wildlife on the savanna soon."

The greater one-horned rhino is listed as "vulnerable" on the International Union for Conservation of Nature Red List of Threatened Species. This is primarily because of habitat loss, poaching, and illegal rhino horn trafficking.

The species, once widespread in Southeast Asia, is now only found in India and Nepal. There are an estimate 3,500 greater one-horned rhino left in the world.