In drone video provided by Domenic Biagini from Gone Whale Watching, a blue whale swims up to a small boat off of San Diego's coast. 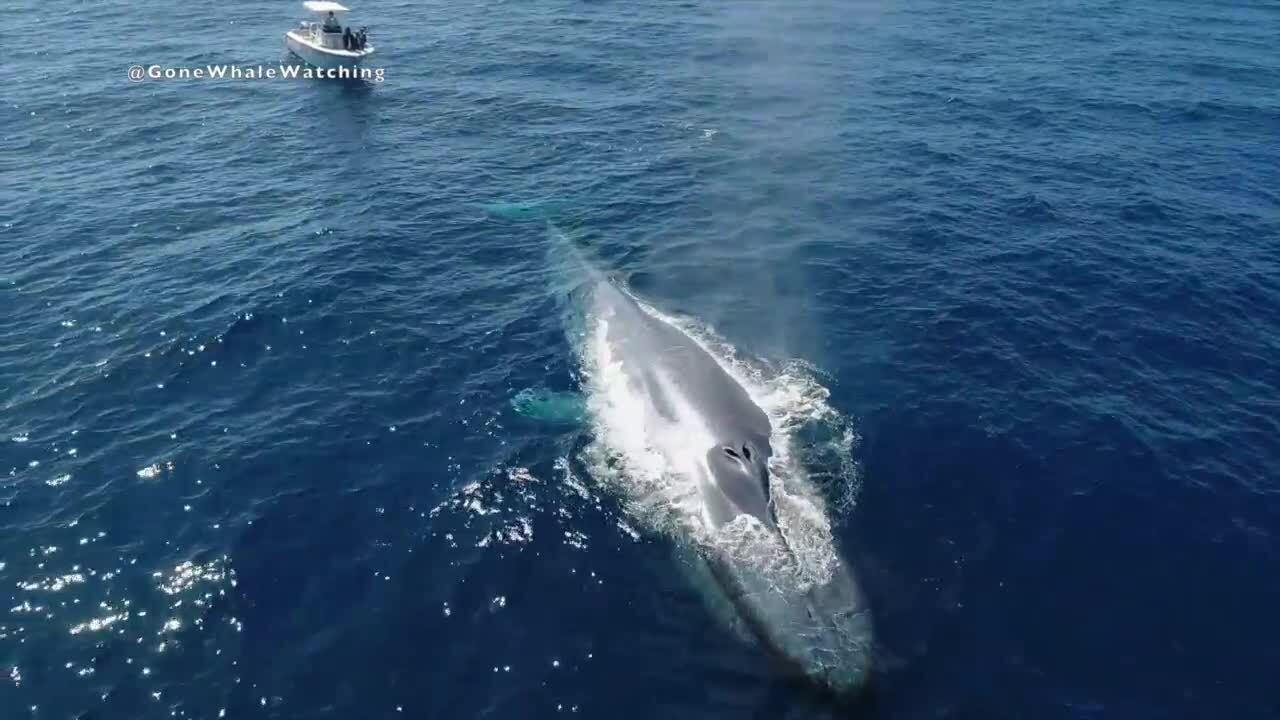 SAN DIEGO (KGTV) — Drone footage recently captured a rare sighting of a blue whale off San Diego's coastline, as it swims right up to a small boat.

Domenic Biagini, owner of Gone Whale Watching, says he's already starting to see blue whale sightings off San Diego's coastline this season. In one video he captured, a whale swims up to his boat to investigate before disappearing below the water's surface.

"This year is looking like much more of a normal year," Biagini said. "I think this is really going to shape up to be a really good blue whale season."

He adds that an abundance of krill and pristine conditions are leading to the sightings. Blue whales generally follow where krill are swimming in coastal waters. If there's a high level of krill, the whales will typically spend the entire summer nearby.

Blue whale sightings come in spurts, Biagini says, while grey whales are more reliable, making this season even more of a treat for whale watchers.

And whale watching could be a safe alternative to sight-seeing this summer, according to Biagini. He says he's currently running private charters, so groups are limited to single household unit sizes and there's enough room for people to space out.

"These are the largest animals that have ever lived on our planet," Biagini said. "People that get to see them, there's not many."

Not a lot of information is known about the mating and breeding habits of blue whales, giving researchers even more opportunities to learn about the animals.