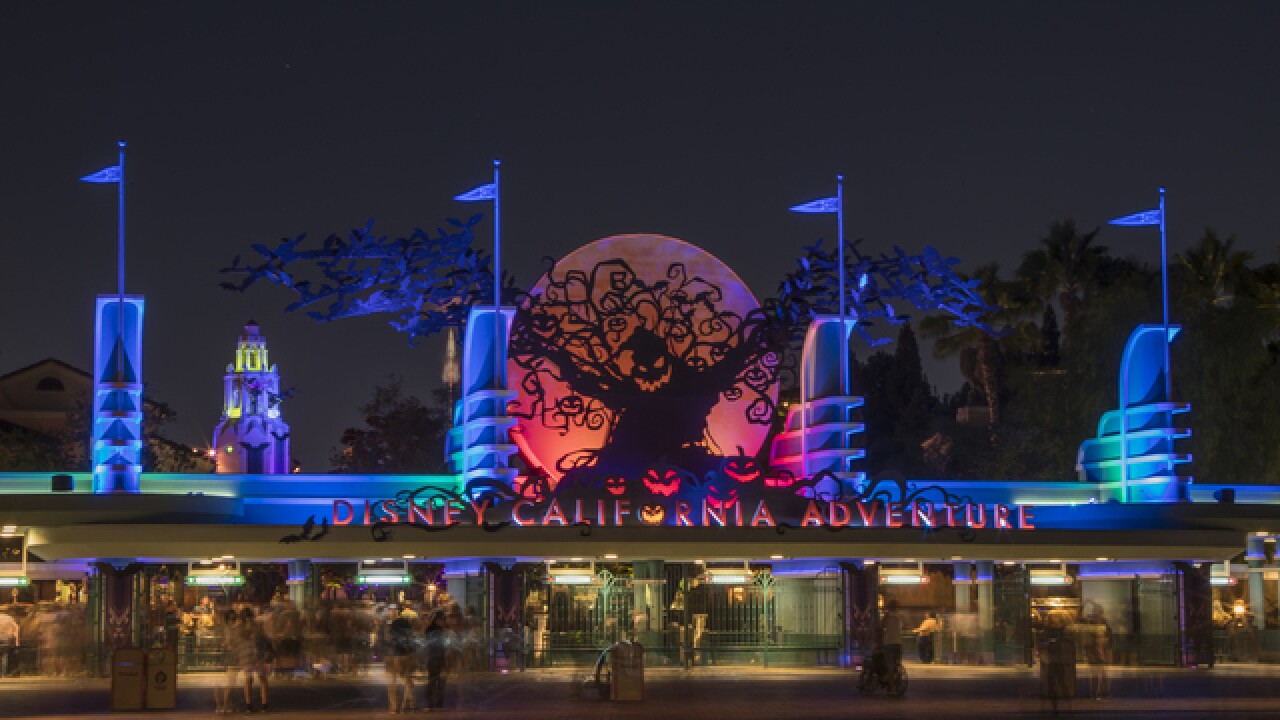 Copyright 2018 Scripps Media, Inc. All rights reserved. This material may not be published, broadcast, rewritten, or redistributed.
Joshua Sudock
<p>HALLOWEEN TIME AT DISNEY CALIFORNIA ADVENTURE PARK (ANAHEIM, Calif.) - Oogie Boogie takes over Disney California Adventure with his twisted tale of a forever Halloween, inspired by “Tim Burton’s The Nightmare Before Christmas” during Halloween Time at Disneyland Resort. Oogie Boogie’s oversized silhouette beckons guests through the main entrance of Disney California Adventure park and he brings to life a swarm of bats around Carthay Circle Restaurant and Lounge. (Joshua Sudock/Disneyland Resort)</p>

SAN DIEGO (KGTV) -- Disneyland officials announced Friday it will be canceling this year's popular Halloween party as California continues to grapple with rising COVID-19 cases that has kept the park closed for several months.

A message on the Disneyland Park's website said officials "have made the difficult decision to cancel this year's" Oogie Boogie Bash, a three-month long Halloween party held at Disney California Adventure Park.

"Given theme park guidelines have yet to be released by the state, and Oogie Boogie Bash requires a substantial amount of planning and coordination, we are unable to bring the event back at this time," park officials said.

“Not enough focus, candidly, has been placed on essential workers in this state,” Newsom said during his daily news conference Friday.

The turnstiles at Disneyland and Disney California Adventure Park have remained closed since March 14 after Newsom issued an executive order recommending against large events with gatherings of 250 people or more across the state.