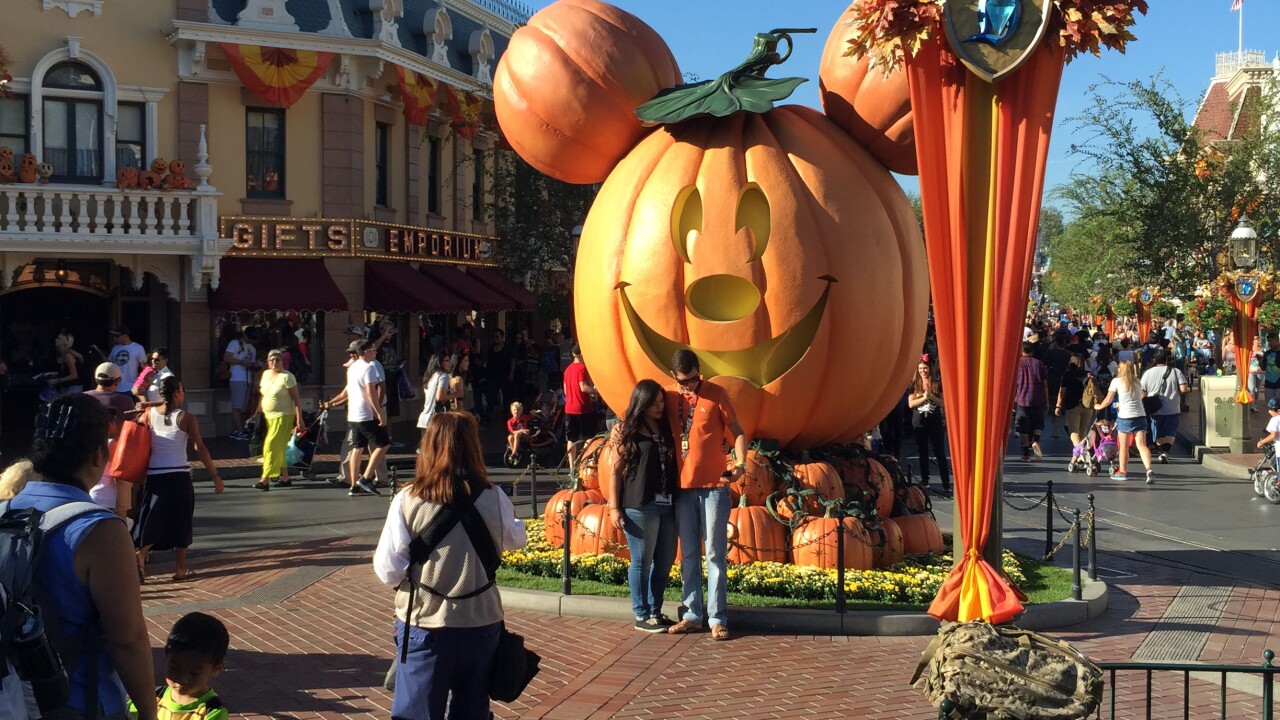 Guests can enjoy a new World of Color show called “Villainous!” It features a story about a girl named Shelley Marie on a journey to explore the villainous side of Disney characters.

Immersive Treat Trails: Trick-or-treaters can track candy on trails based on characters such as Mad Hatter or Oogie Boogie

DescenDance: A dance crew will lead guests in moves in the Backlot area of Hollywood Land at this party inspired by the Disney Channel “Descendants” franchise

Mickey’s Trick and Treat Show: This interactive stage production is designed for young guests with dancing, candy, and not-so-scary tales

Oogie Boogie Bash requires a separate ticket, which includes admission to Disney California Adventure before the party. The event runs Sept. 6 through Oct. 31, 2019.

Disneyland Resort Annual Passholders, Disney Vacation Club members and Disney Visa card holders will be able to buy tickets online, by phone, or at the park on Apr. 23. Tickets go on sale to the general public Apr. 30.

Ticket prices will be announced Apr. 23.