Comet Neowise flies past Earth, giving spectacular show to those up early 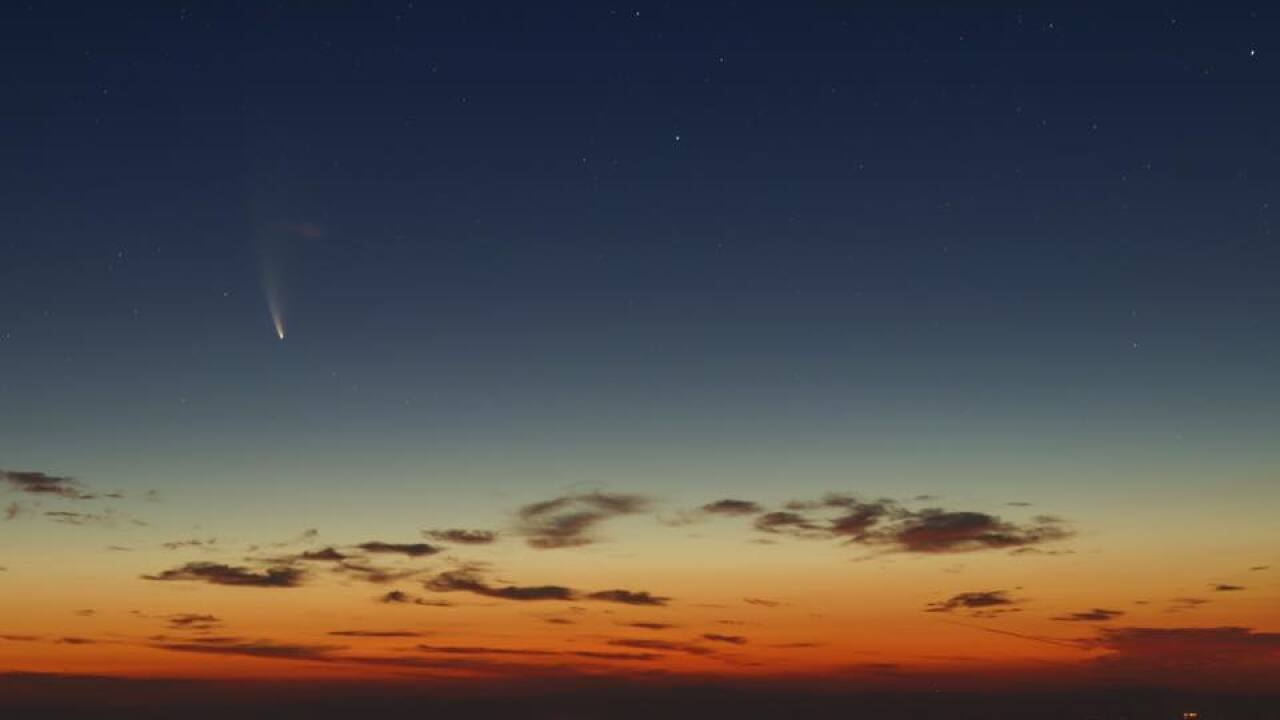 SAN DIEGO (KGTV) — A newly discovered comet flew past Earth early on Saturday, giving those who awoke early enough to catch it quite a show.

Comet Neowise was spotted by a NASA telescope by the same name on March 27, according to NASA. Since then, the space agency says the comet has been spotted by several NASA spacecraft, including Parker Solar Probe, NASA’s Solar and Terrestrial Relations Observatory, the ESA/NASA Solar and Heliospheric Observatory, and astronauts aboard the International Space Station.

NASA says the comet came within Mercury's orbit on July 3, where the sun caused dust and gas to burn off its surface and create an even bigger debris trail.

Neowise, which measures about three miles across, will be visible in Earth's Northern Hemisphere until mid-August, when it will change course and head toward the outer solar system, NASA says.

For the next few days, the comet will be visible about an hour before sunrise in the northeastern sky in the U.S., NASA adds. Depending on local conditions, Neowise may be visible shortly after sunset on July 11 or July 12.

"In its discovery images, Comet Neowise appeared as a glowing, fuzzy dot moving across the sky even when it was still pretty far away," said Amy Mainzer, Neowise principal investigator at the University of Arizona. "As soon as we saw how close it would come to the Sun, we had hopes that it would put on a good show."

In San Diego County, at least one stargazer was able to catch the comet streak across the early morning sky. Kim DeCew posted to 10News' Weather Watchers Facebook page her glimpse of the comet from Mt. Laguna.

For the next few days it will be visible about an hour before sunrise, close to the horizon in the northeastern sky in the United States. Observers might be able to see the comet's central core, or nucleus, with the naked eye in dark skies; using binoculars will give viewers a good look at the fuzzy comet and its long, streaky tail. As it speeds away from the Sun, Comet NEOWISE will begin to make its appearance in the evening sky shortly after sunset on July 11 or July 12, depending on local conditions.