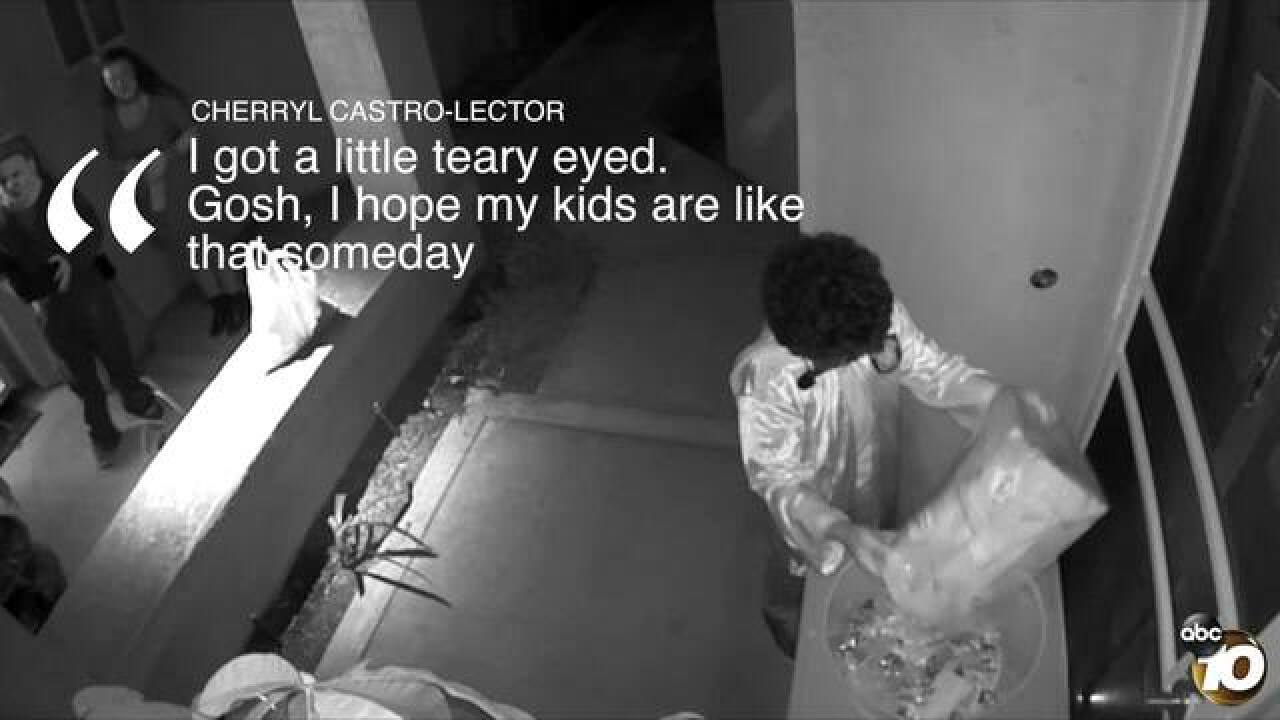 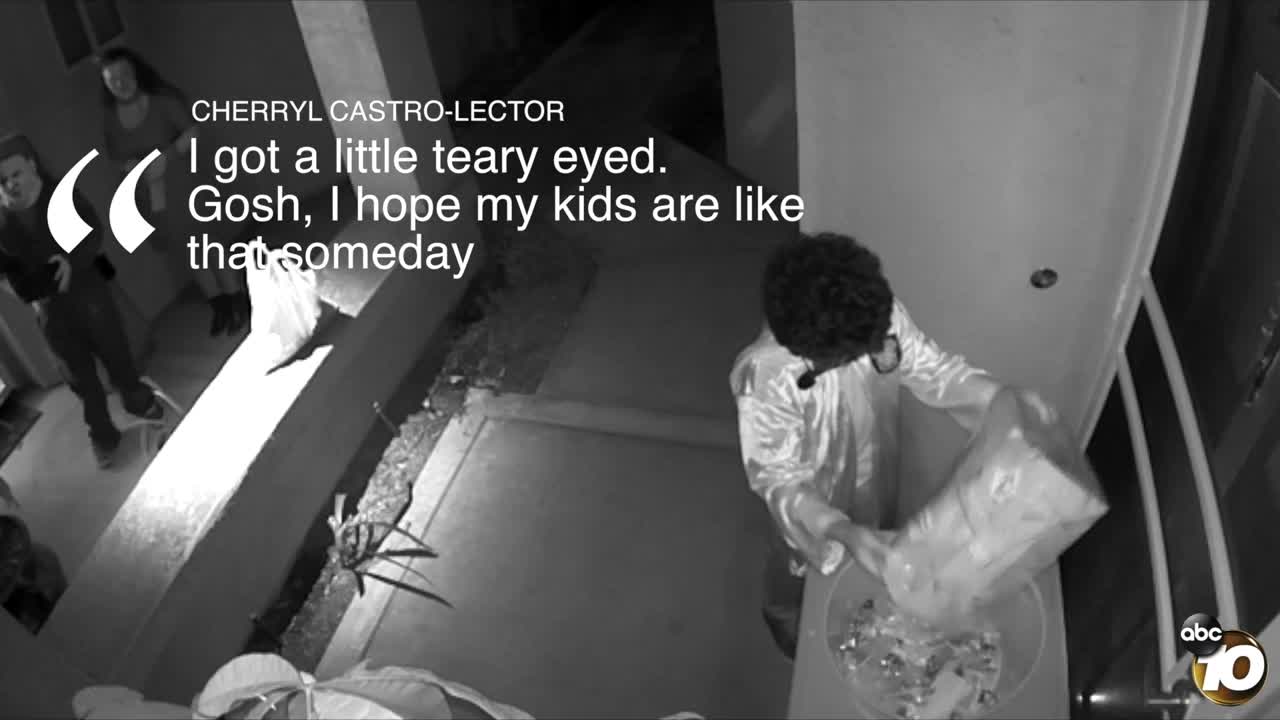 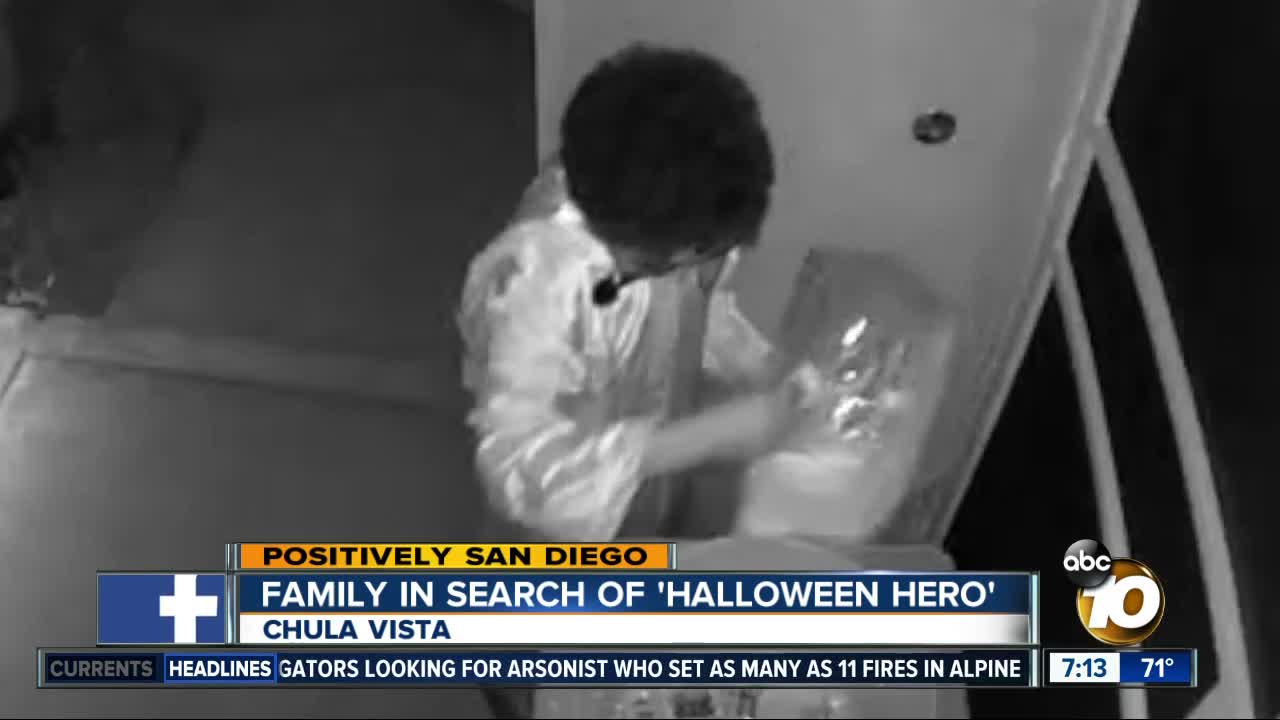 CHULA VISTA (KGTV) -- Laurence and Cherryl Lector's two small children were eager to show off their costumes and hit up their neighborhood for sweets. But the couple didn't want to abandon their home on Baywood Circle in Chula Vista and disappoint the several trick-or-treaters likely to stop by for confectionery.

So, the couple filled a large candy bowl hoping their security camera -- fixed visibly in their porch -- would keep visitors honest.  The family then set off on their haunts.

The Lectors phones were buzzing with video alerts showing little ghosts and ghouls digging through the self-serve candy bowl and respecting the Halloween honor system.

Then they received a video showing an esurient group of older kids, and one small girl, emptying out the dish into their bags.

"I was devastated someone could just get all the candy and ruin the night [for other trick-or-treaters]," said Laurence Lector.

One of the kids noticed the camera and even pointed it out to someone else in the group, but the kids continued to snatch all of the treats until every sweet was gone.

"We were disappointed that those that came afterward came to an empty bowl," Cherryl Castro-Lector told said.

About an hour later, they received a video from their camera that warmed their hearts.

The video shows a girl and boy investigating the empty bowl.  They must've known that the night wasn't over for other little trick-or-treaters.

So, the group took turns emptying their own their treats into the bowl, starting with their mom.

"I got a little teary eyed.  Gosh, I hope my kids are like that someday," Castro-Lector said. "I would have hugged those little kids and mom if I were there."

The Lectors are eager to find these children and their parents to say thanks.

"I would love to meet them and thank them for being so kind. Not just for me but everybody that followed and enjoyed Halloween, as they should," Castro-Lector said.