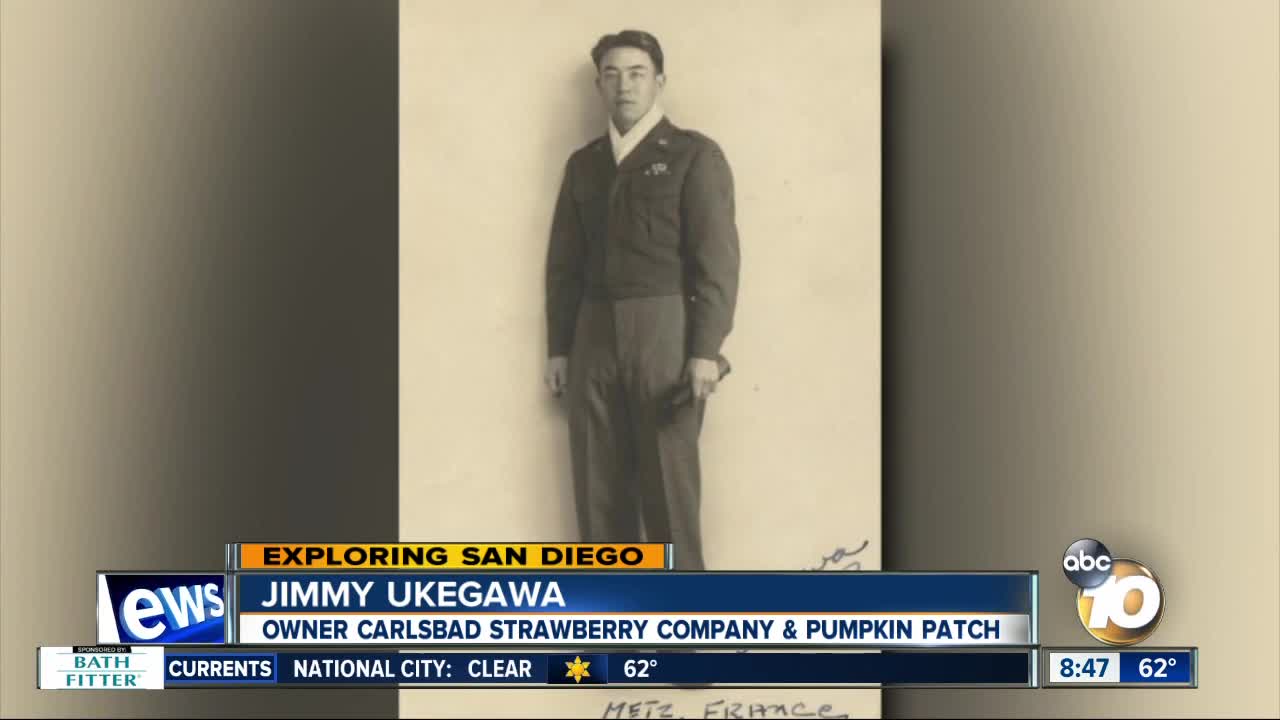 CARLSBAD, Calif. (KGTV) -- They’re the famous fields off Interstate 5 and right now, a popular place to pick pumpkins even becoming a tradition for some families.

But the family behind the Carlsbad Strawberry Company and Pumpkin Patch overcame hardship before seeing success.

Ukegawa is now the owner of the Carlsbad Strawberry Company and Pumpkin Patch, taking over a company that began with his great grandfather.

Ukegawa’s grandfather began farming in Tustin in the early 1920s. After his passing in 1931, Ukegawa’s grandmother continued the work.

But the attack on Pearl Harbor in 1941 would change everything.

“During World War II, they were interned and lost their property. They were in a prison camp for 4 or 5 years,” said Ukegawa.

After the war, Ukegawa’s family settled in San Diego’s North County and restarted their farming business from scratch.

“I can remember working alongside my dad for 20 hours a day harvesting tomatoes and getting them to market,” Ukegawa said.

Now, 60 years later, there are 48 acres filled with strawberries, pumpkins, and corn blanketing the Carlsbad field for families and kids to enjoy.

“You know, I cannot stress enough to you how the support of the community really keeps us going,” said Ukegawa.

The community that helps keep his family’s legacy alive.

The pumpkin patch is open every day at 9 a.m. There’s also a haunted corn maze and a selfie station for visitors to enjoy.

In February, the company’s famous strawberries will be back along with a new sunflower field.