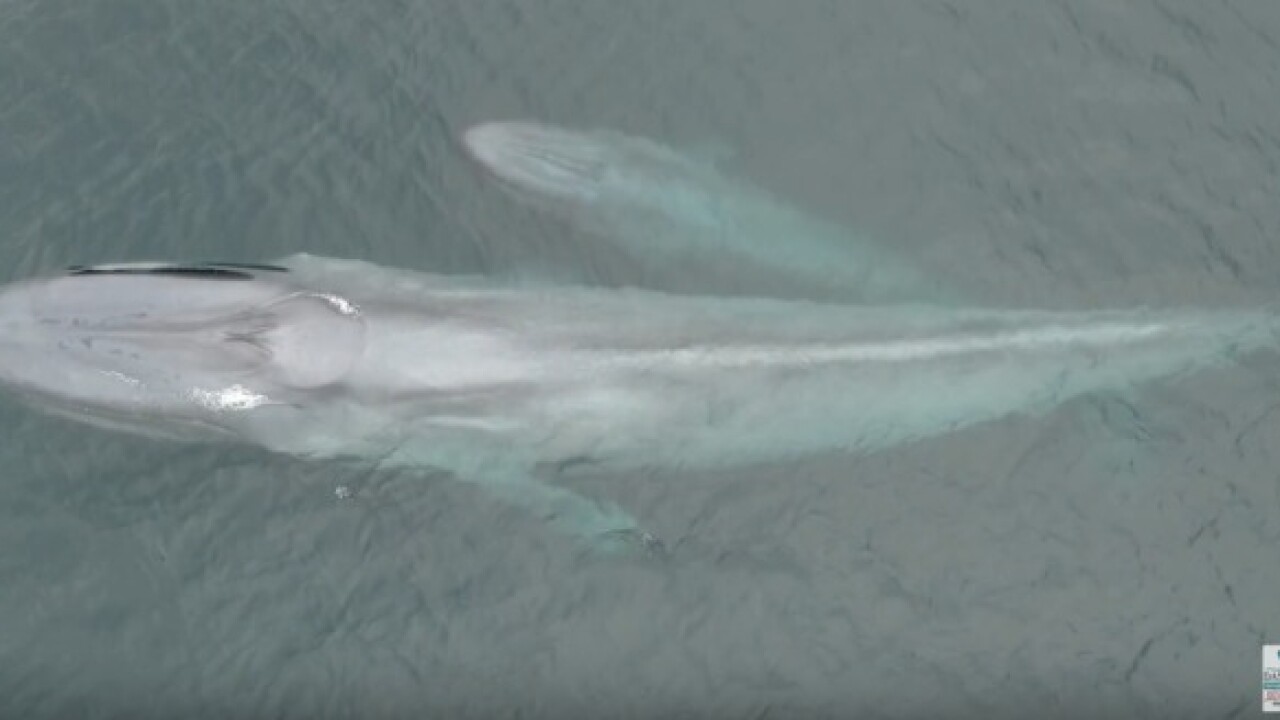 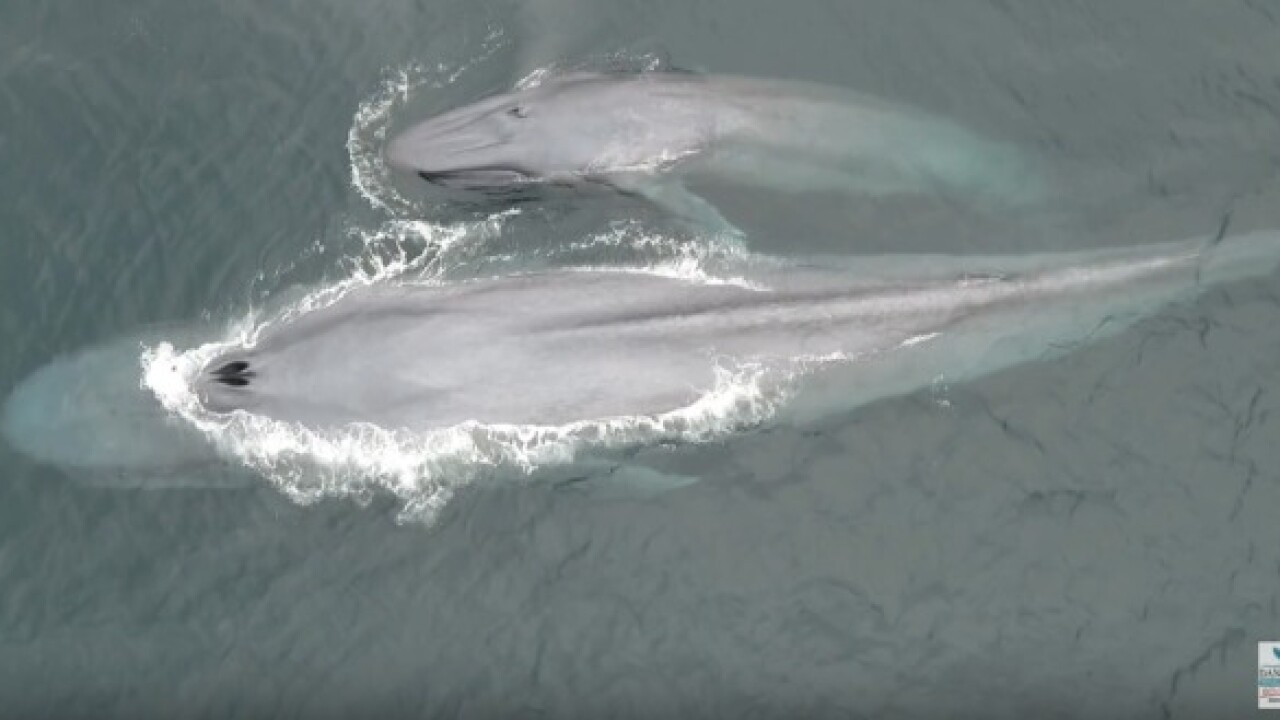 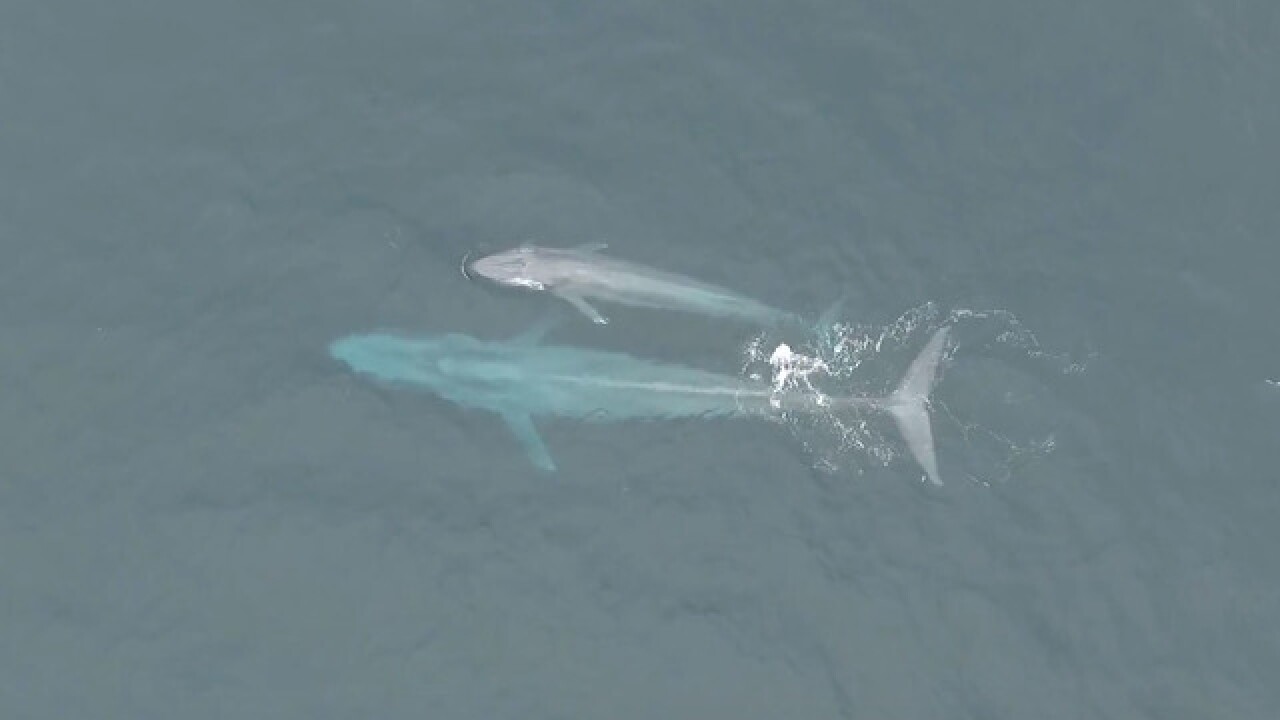 DANA POINT, Calif. (KGTV) - Blue whales are just like any other Southern California tourists - they’re sticking around for a while because life is good.

Captain Chris Pica and drone operator Frank Brennan caught cow and calf pairs on a trip near Camp Pendleton Tuesday. The blue whales were spotted in the rockfish grounds below San Onofre.

The sightings are not typical for this time of year, according to the company’s manager Donna Kalez.

“The blue whales are back in big numbers and they are feeding off our coast,” Kalez said.

Kalez said the unusually low water temperatures are a breeding ground for krill, a diet staple of the blue whales. Instead of moving on, the whales have been feeding longer.