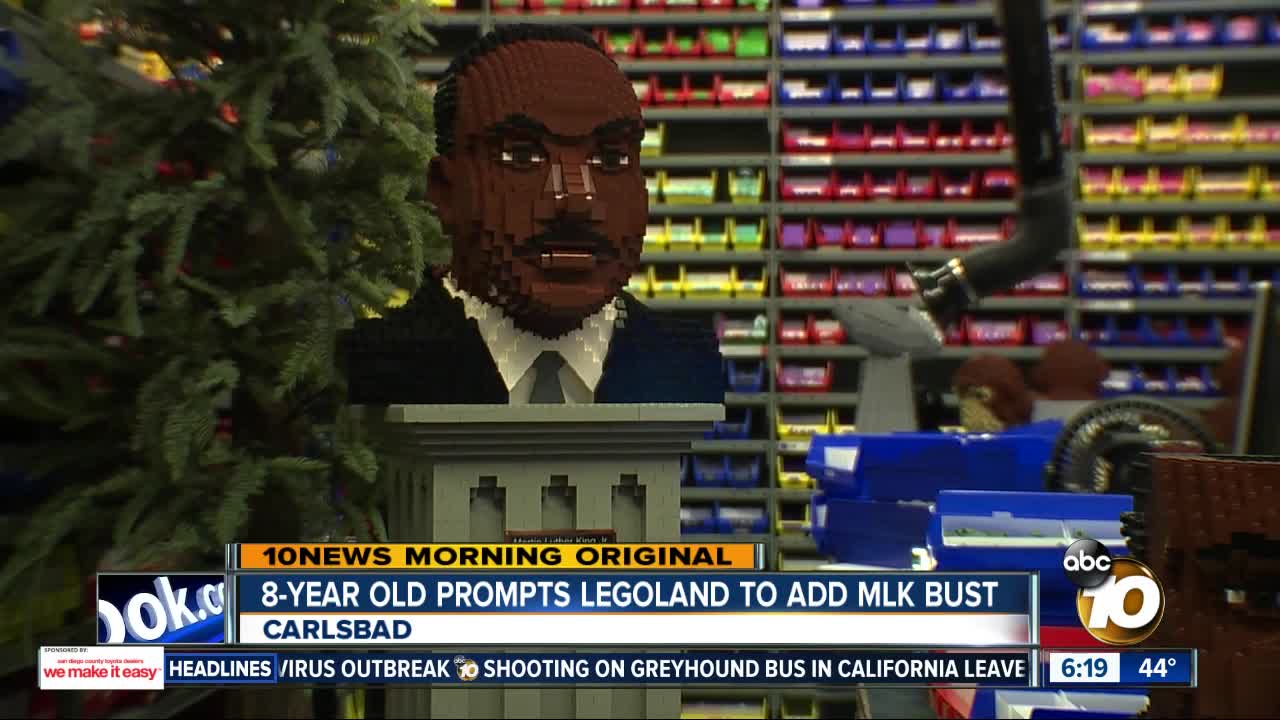 Legoland is adding a bust of Martin Luther King, Jr to it's Block of Fame exhibit. The move comes after an 8-year old sent a letter asking why one didn't already exist. 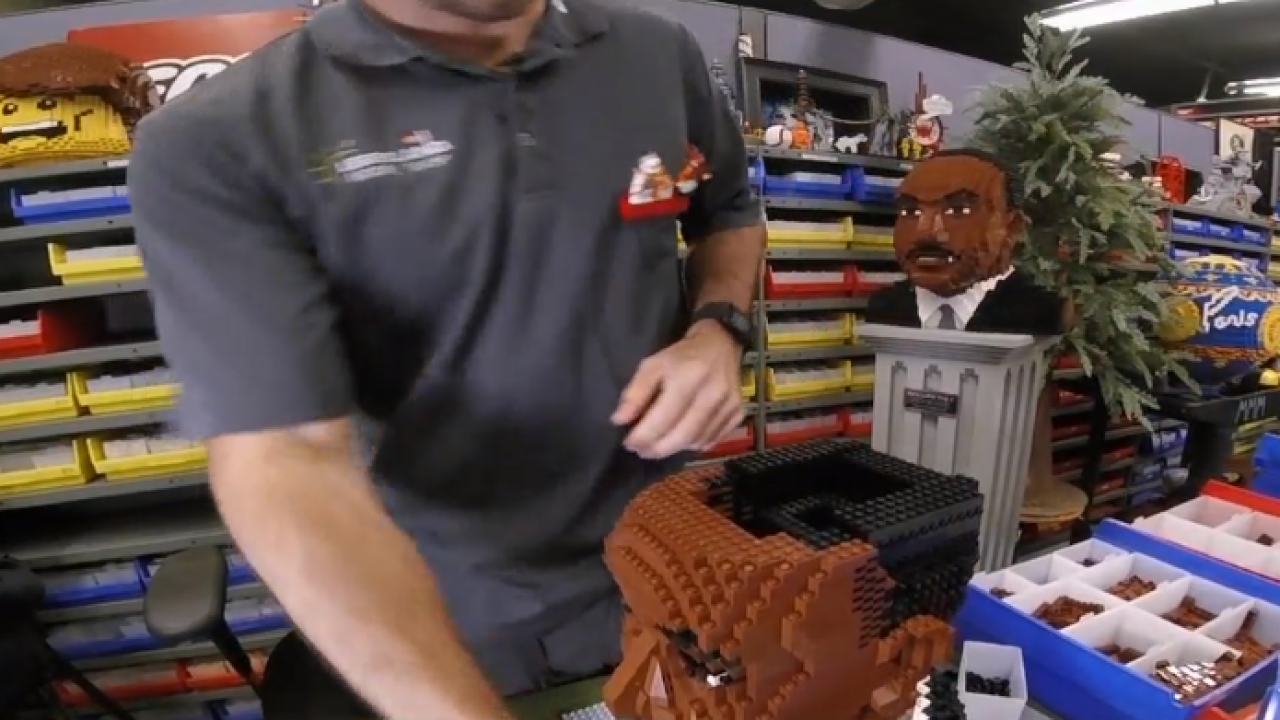 CARLSBAD, Calif. (KGTV) - There's a new face on the Block of Fame at Legoland California, all thanks to an 8-year-old boy.

Over the weekend, Legoland added a bust of Dr. Martin Luther King Jr. to the area of the park that highlights famous historical figures.

Model builders used around 6,500 Lego bricks to make the new bust. They spent 40 hours designing and building a prototype, and another 25 hours to put the final model together. They looked at hundreds of photos to make sure every detail was accurate.

"Because of all the new pieces, all the new colors, all the new techniques that Lego offers, we were able to do the most detail out of any other model," said Lego Master Model Builder PJ Catalano.

But none of it would have happened if not for 8-year-old James Carlin.

James won a contest last year to be the "Mayor of Miniland." While visiting the park on MLK Day in 2019, he noticed something was missing.

"There are no black-skinned people in this whole area," he said of the Block of Fame.

"It really resonated with him," said his father, Chris Carlin. "He wanted to go see MLK, and we realized there wasn't a bust here."

James wrote a letter to Legoland asking why, saying, "In Miniland, there's an area for famous people. But there's no Martin Luther King Junior. Why is that?"

Legoland officials quickly agreed and began working on the new model. With it now in place, they're also looking at other ways to upgrade the Block of Fame. While most of the figures in it now are from world history, they'd like to begin adding more U.S.- and San Diego-area historical figures.

James said he's glad his time as Mayor of Miniland will have a lasting legacy.

"It's exciting," he said. "I'm very excited to get the opportunity to help make MLK."