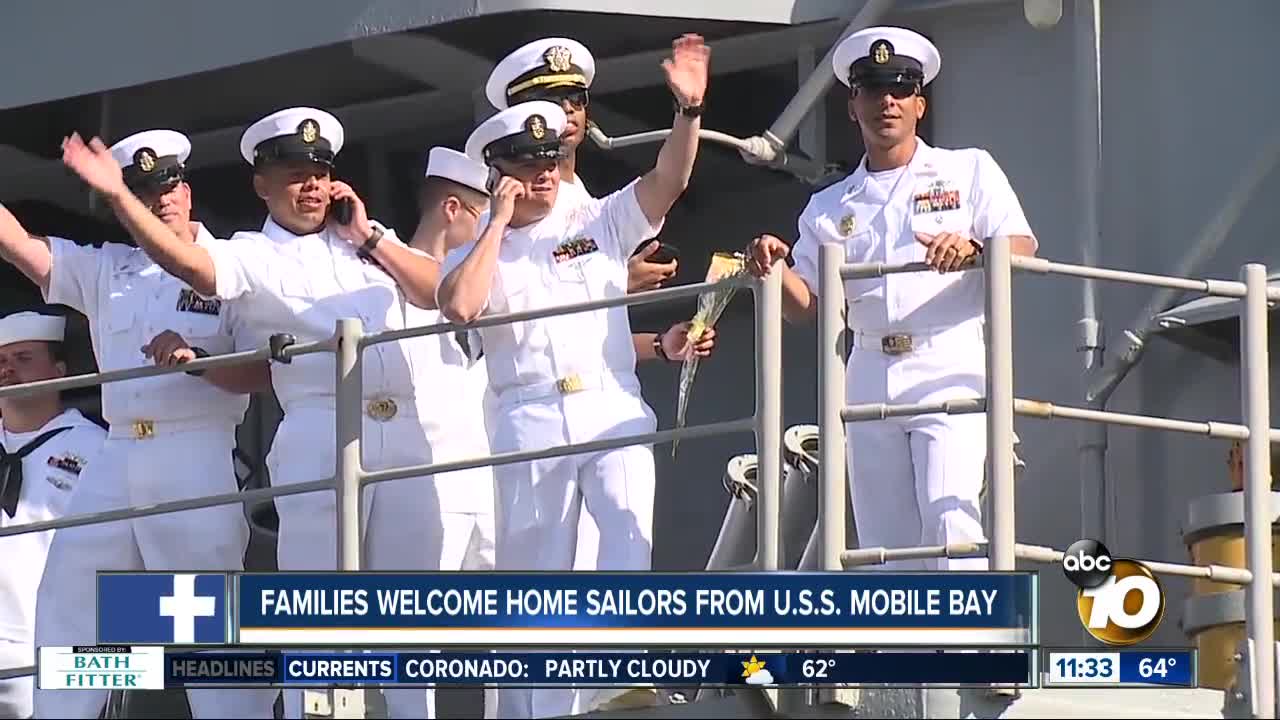 The troops were away for 7 months. 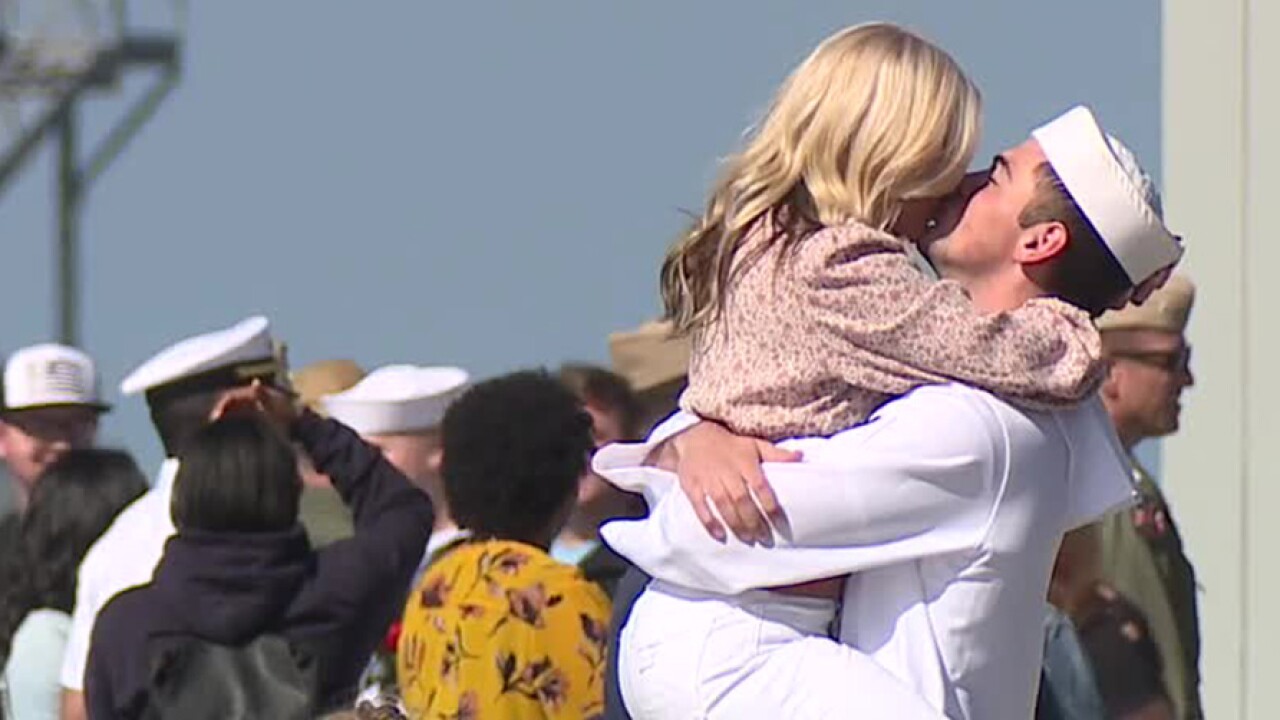 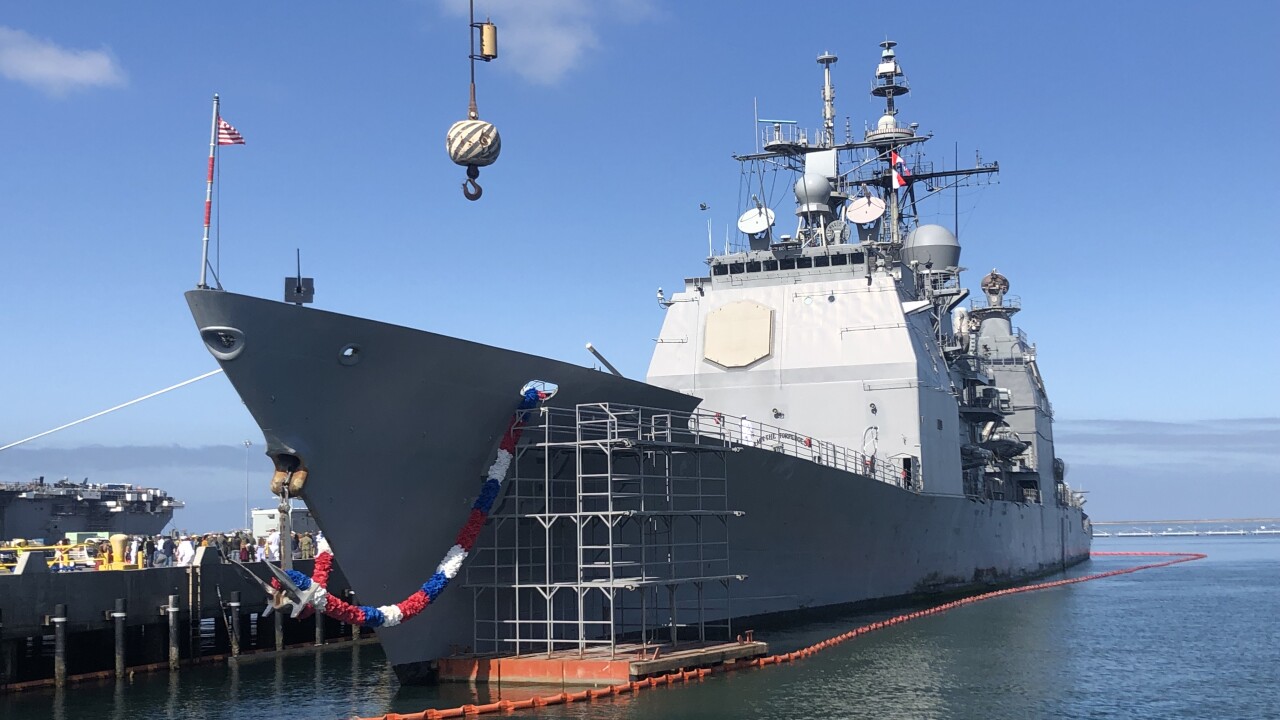 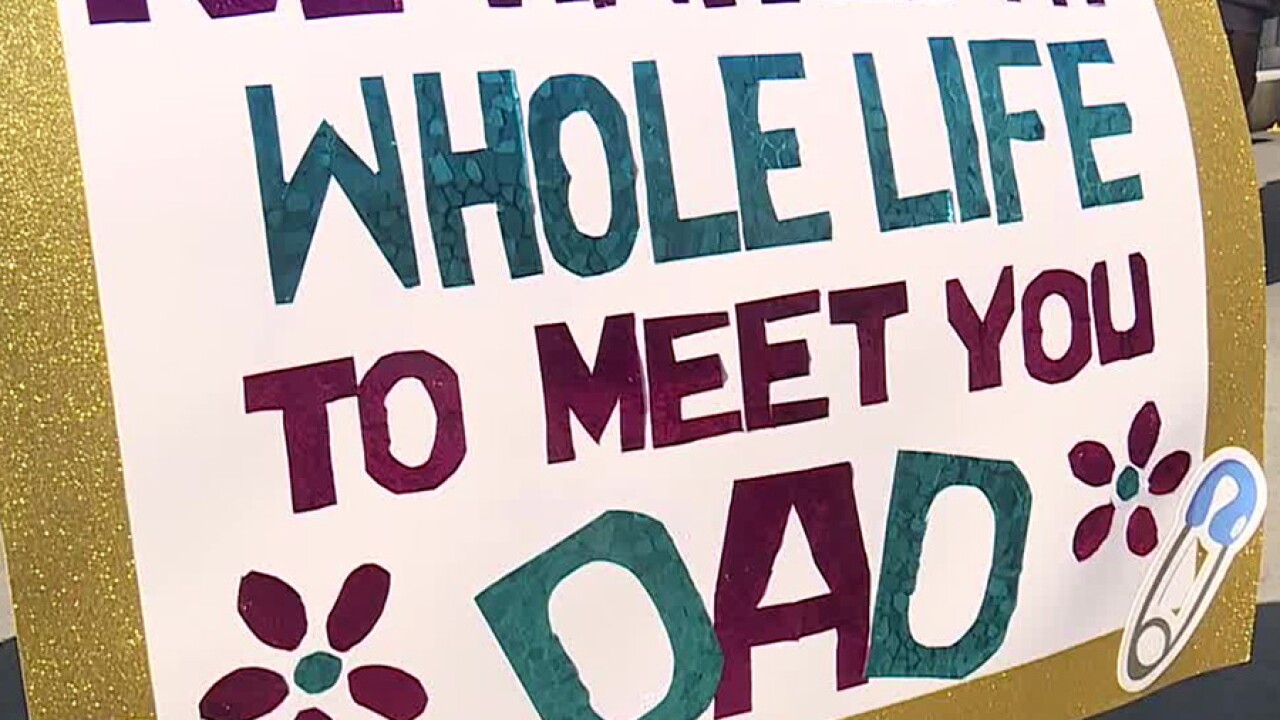 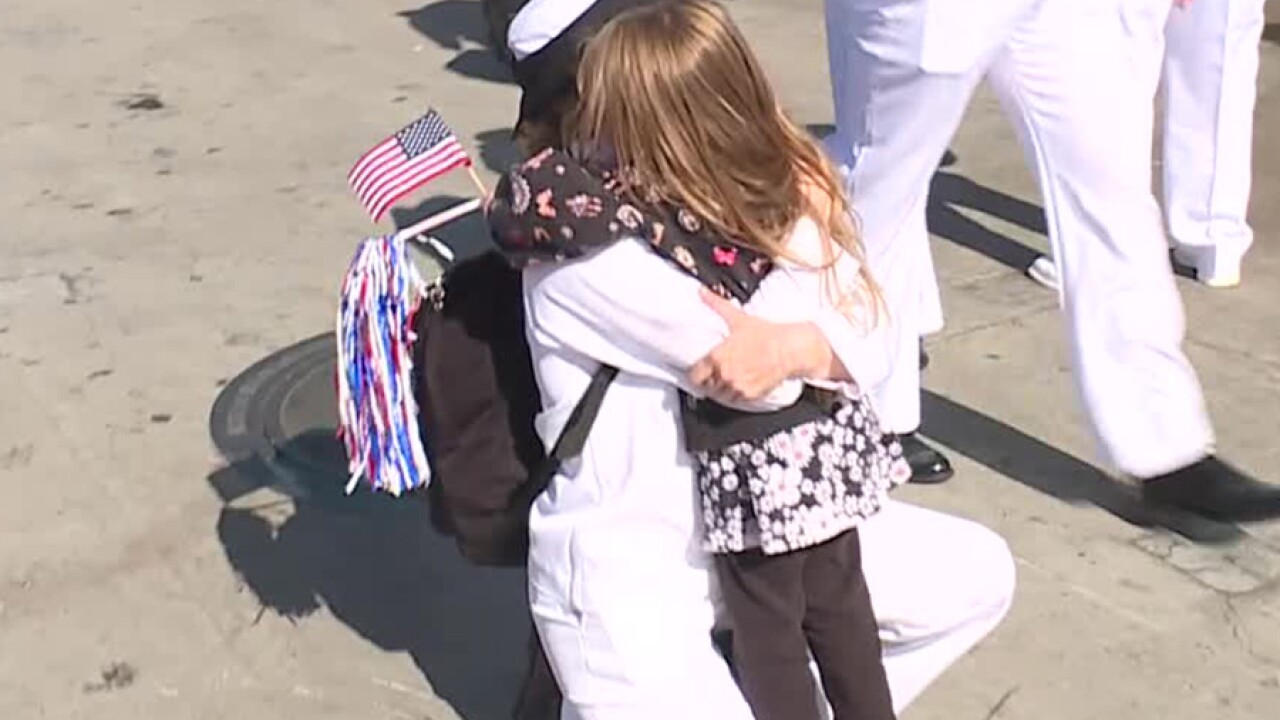 SAN DIEGO (KGTV) - Families anxiously waited at Naval Base San Diego Tuesday morning as the USS Mobile Bay returned to its homeport after a seven-month deployment to the U.S. 7th Fleet and 5th Fleet areas of operations.

The group of 300 sailors and 30 officers left San Diego in the fall and participated in many exercises with international allies throughout the Indo-Pacific and Middle East.

The sailors missed birthdays, holidays and anniversaries, but they received a warm welcome from their loved ones after reaching the San Diego homeport Tuesday.

Many of the sailors told 10News they are thrilled to be back home for the summer.

The USS Mobile Bay is a guided-missile cruiser that is part of the John C. Stennis Strike Group.