Driver killed in El Cajon after slamming into tree 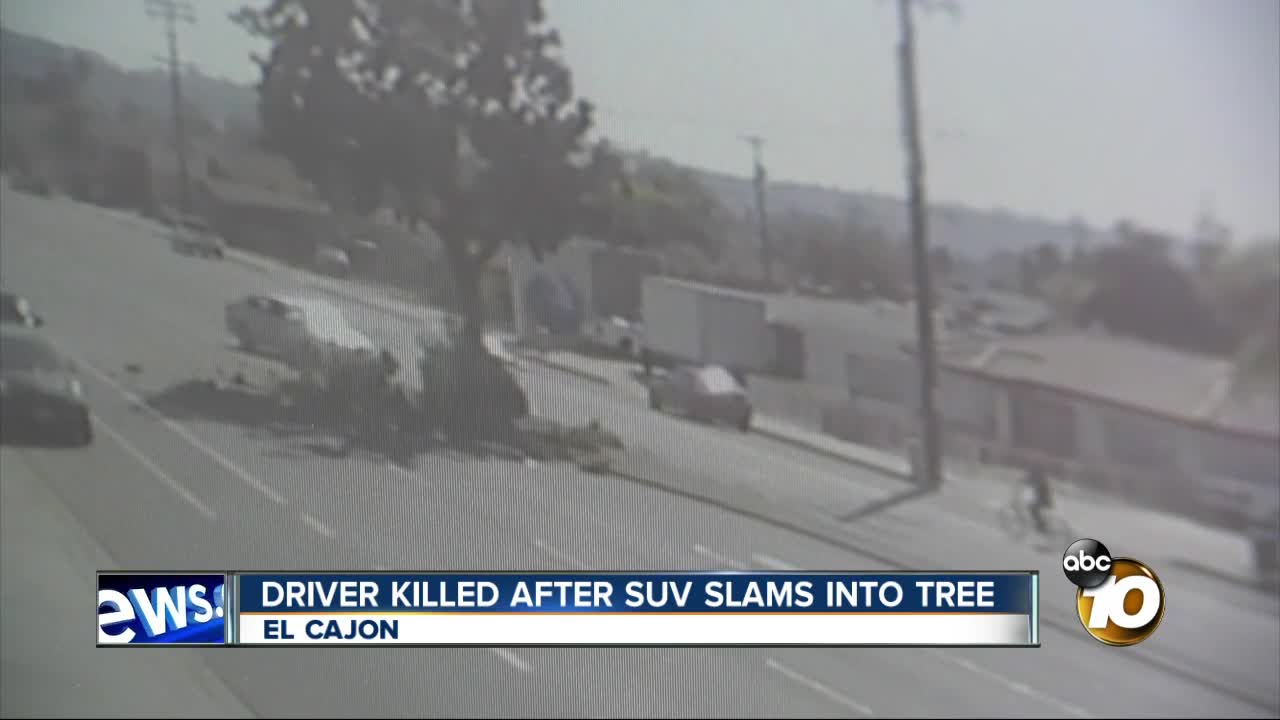 A man in his mid-30s was killed Sunday afternoon after the SUV he was driving struck a tree in El Cajon. 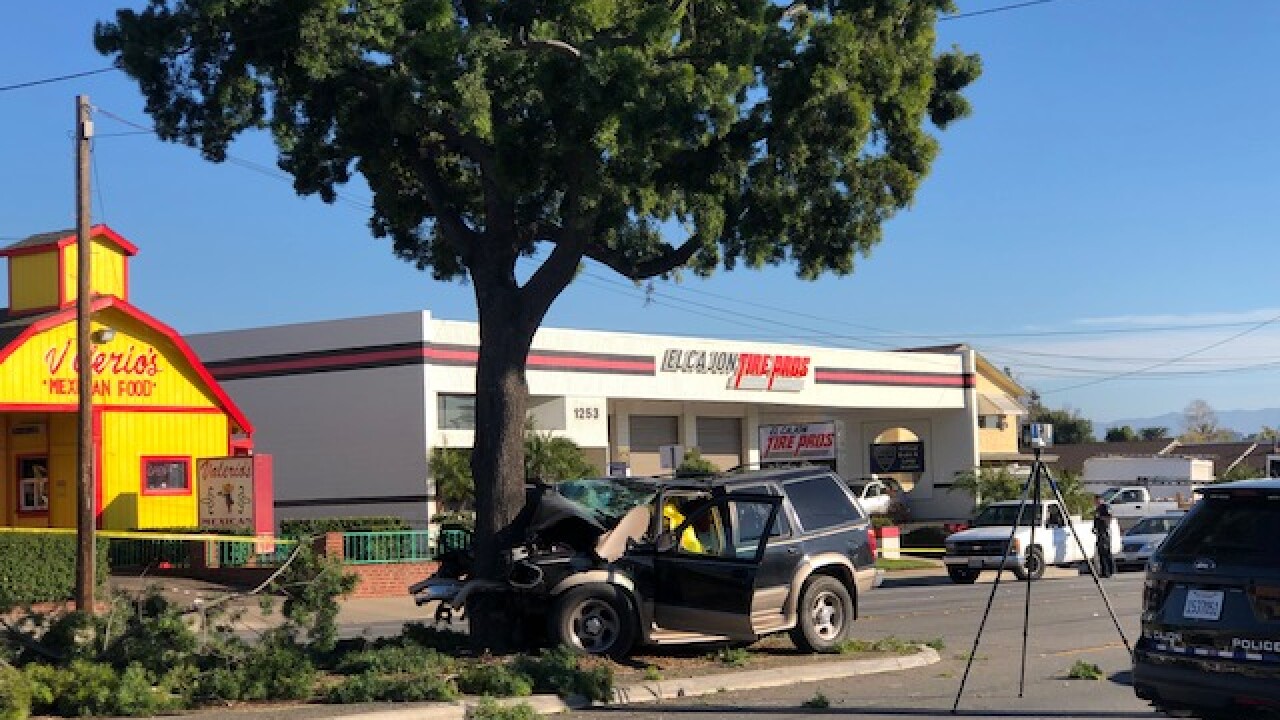 EL CAJON, Calif. (KGTV) -- A man in his mid-30s was killed Sunday afternoon after the SUV he was driving struck a tree in El Cajon.

El Cajon police say the driver of a 1998 Ford Explorer drifted onto a center divider then slammed into the tree on N Second Street near Greenfield Drive at 1:49 p.m.

The man was pronounced dead at the scene. His name was not released pending family notification.

Surveillance video from a nearby store shows the impact of the crash and the aftermath.

Several good Samaritans ran over to try to help the driver until police arrived.

N Second Street between Persimmon Avenue and Greenfield Drive was closed off for approximately four hours as police investigated.

Police said it was unknown if drugs or alcohol were factors in the crash. People who heard the crash told 10News they did not hear tires screeching leading up to the impact.