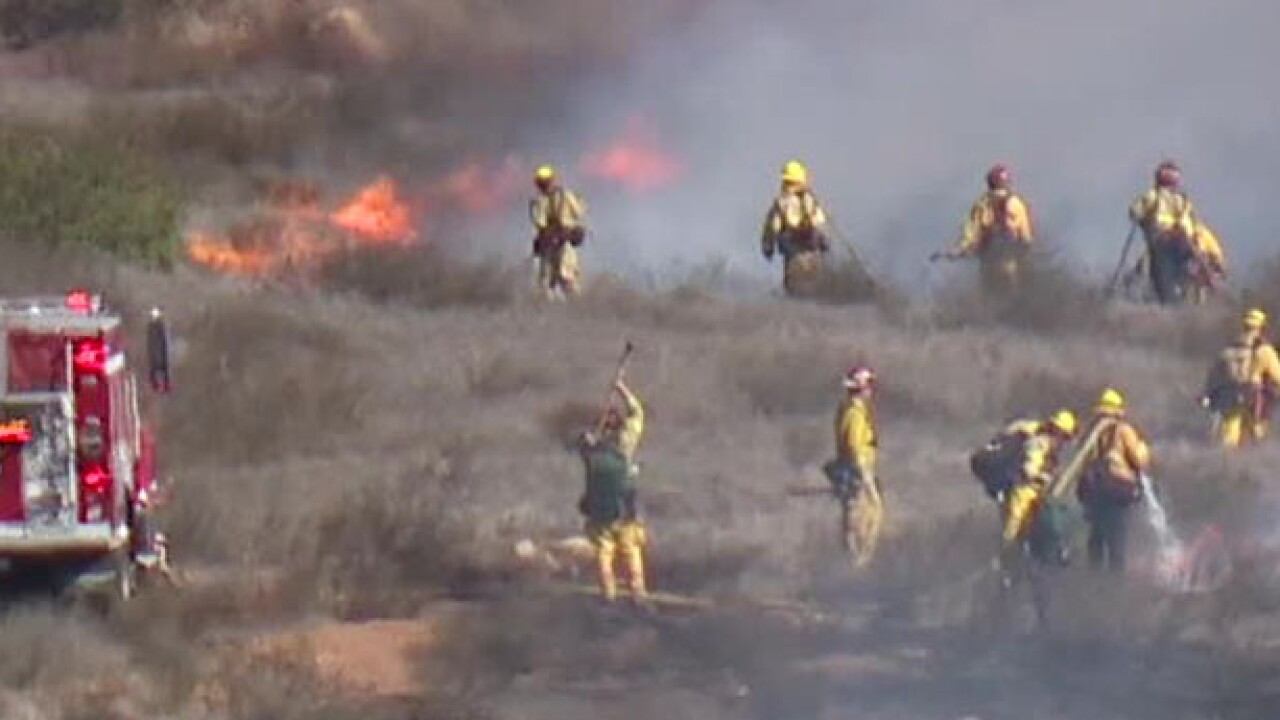 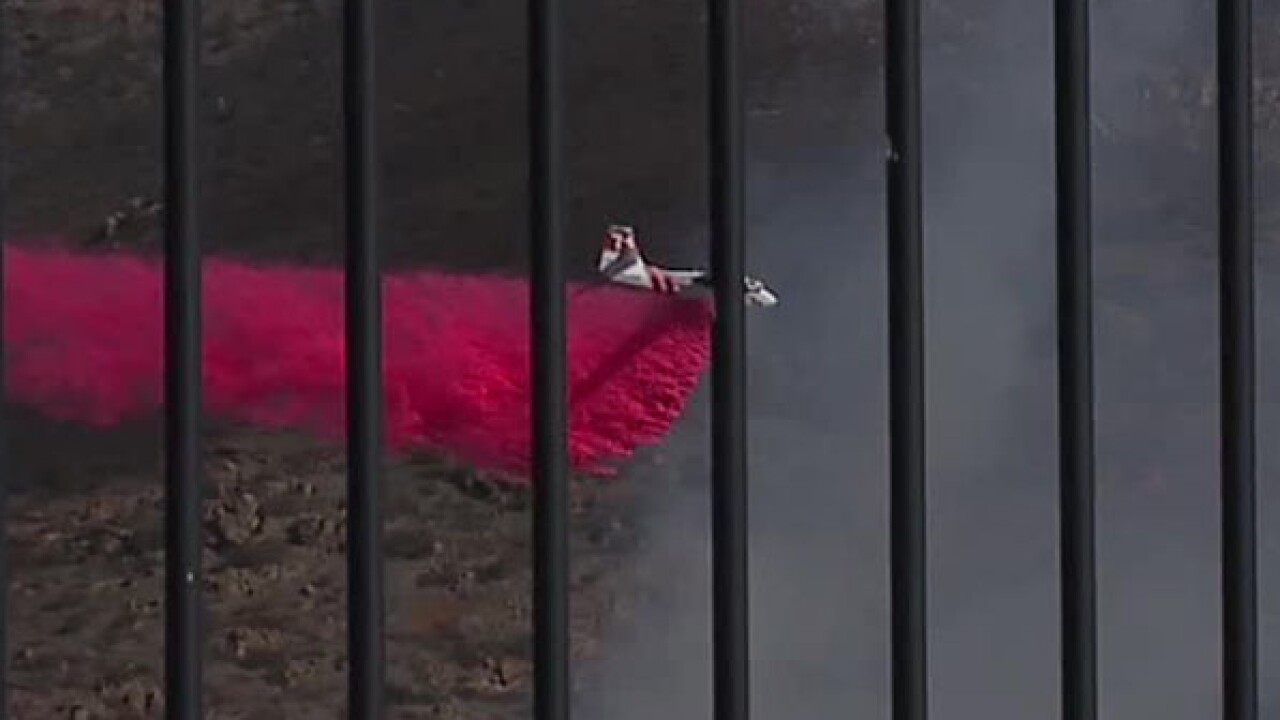 CHULA VISTA, Calif. (KGTV) - A brush fire erupted near homes in the Eastlake area of Chula Vista Tuesday, but no evacuations were ordered as crews doused the flames.

The fire was reported shortly after 9 a.m. near the 400 block of Agua Vista Drive, according to Cal Fire officials.

The blaze briefly burned vegetation several yards from some homes, but crews in the air and on the ground were able to stop the fire’s spread before it reached structures.

10News learned the fire may have been accidentally caused by landscapers using equipment to clear out weeds.