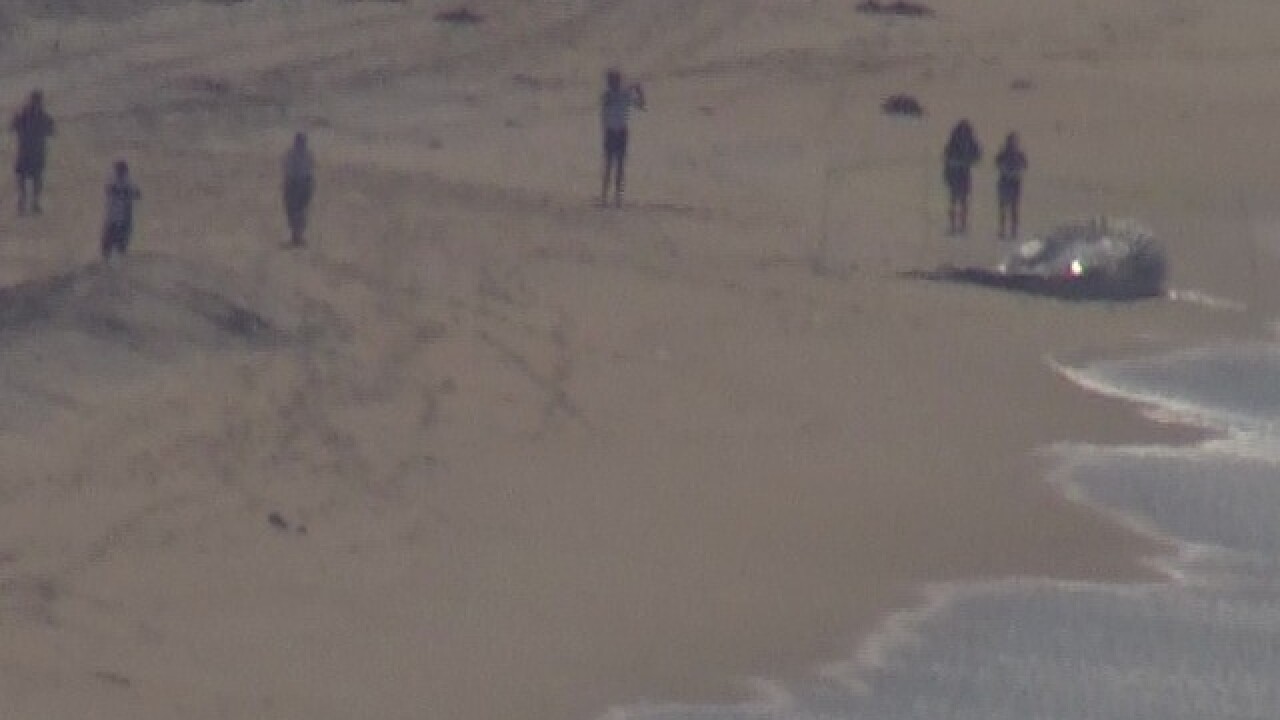 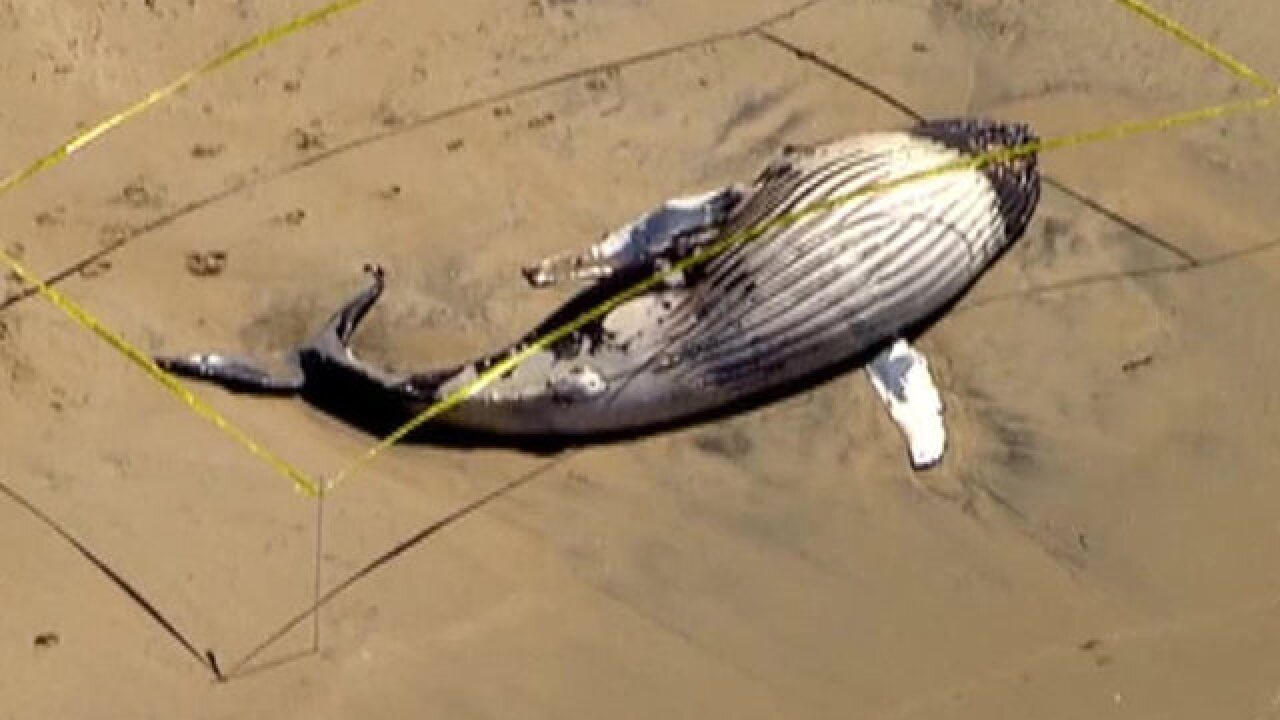 The beached whale washed ashore sometime Monday, likely brought in by the tide, about one-quarter mile from the day use area north of Imperial Beach. The carcass was still on the beach as of Tuesday morning.

Parks and Recreation officials were working on a plan to determine how to remove it. They were asking the public to keep their children away from the carcass.