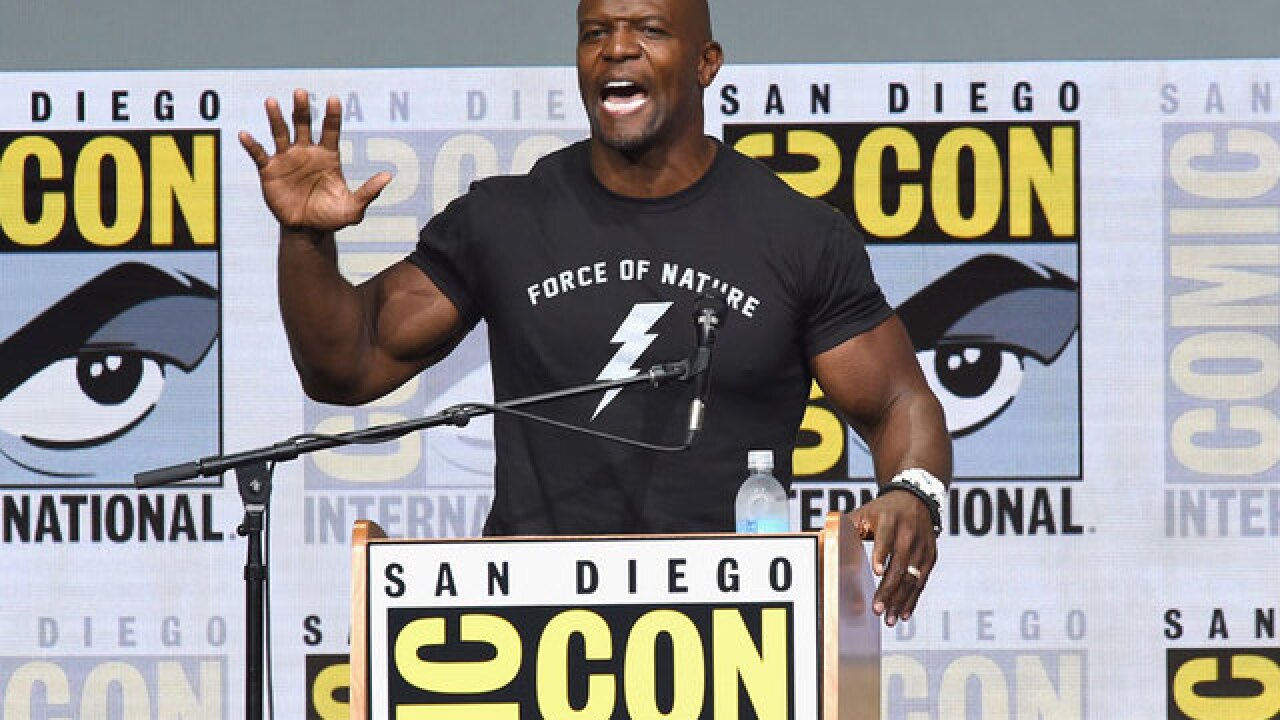 (KGTV) - During his testimony on sexual assault before a U.S. Senate committee Tuesday, actor Terry Crews said a producer threatened "trouble" if he didn't his lawsuit against a Hollywood agent.

"Abusers protect abusers," Crews said as he detailed how an executive threatened to drop the actor from the "Expendables" film franchise.

The 49-year-old actor spoke before a hearing on the Sexual Assualt Survivor Bill of Rights, which establishes rights for survivors of sexual assault. Crews has accused talent agent Adam Venit of groping him at a party.

When asked if he has faced any retaliation by U.S. Sen. Chuck Grassley, Crews said yes and that "Expendables" producer Avi Lerner called his manager to tell the actor to drop the case.

Needless to say, Crews said he will not be apart of the fourth installment of the franchise.

"Abusers protect abusers — and this is one thing I had to decide, whether I was going to draw the line on. Am I going to be a part of this or am I gonna take a stand, and there are projects I had to turn down," Crews said.

According to the Associated Press, the Los Angeles County district attorney's office decided in March not to file charges against Venit, saying the allegations were not a felony.

Crews has filed a lawsuit against Venit.