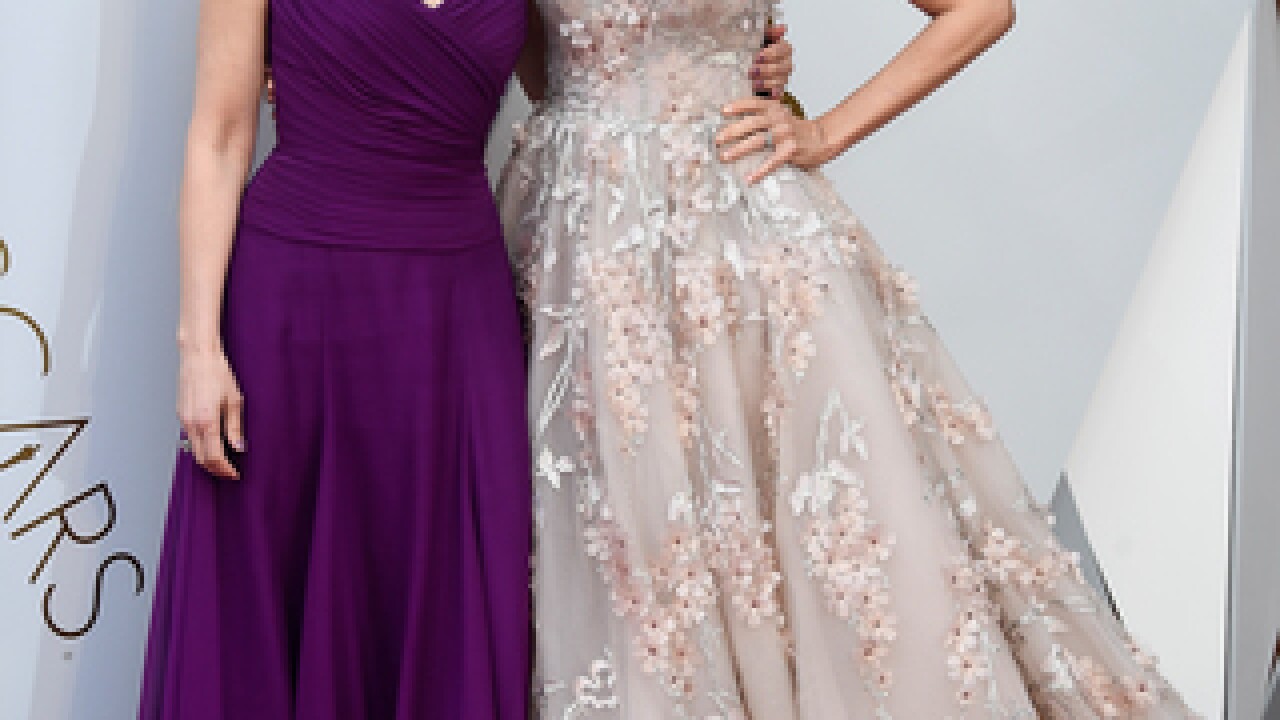 LOS ANGELES (KGTV) -- "The world is ready to heal," said Ashley Judd when asked about "Me Too" and the Time's Up movement and her date to the Oscars, Actress Mira Sorvino.

Both women have accused Harvey Weinstein of harassment and both are part of the Time's Up movement.

In October 2017, The New York Times published Judd's and other women's accounts of sexual harassment by the Hollywood producer. In the interview, Judd recalled an incident where Weinstein "sent her up to his room, where he appeared in a bathrobe and asked if he could give her a massage..."

Sorvino's accounts of Weinstein's behavior are similar. The actress told The New Yorker that she rejected Weinstein's advances, but found it difficult to land roles after doing so.

On the Red Carpet Sunday night, both women were asked what the Time's Up movement meant to them. Both said they're fighting for all women to have equality and respect in all industries - not just in Hollywood.

Their appearance on the red carpet together is a symbol that speaks nearly as loud as the all black dress code of the Golden Globe Awards in January.