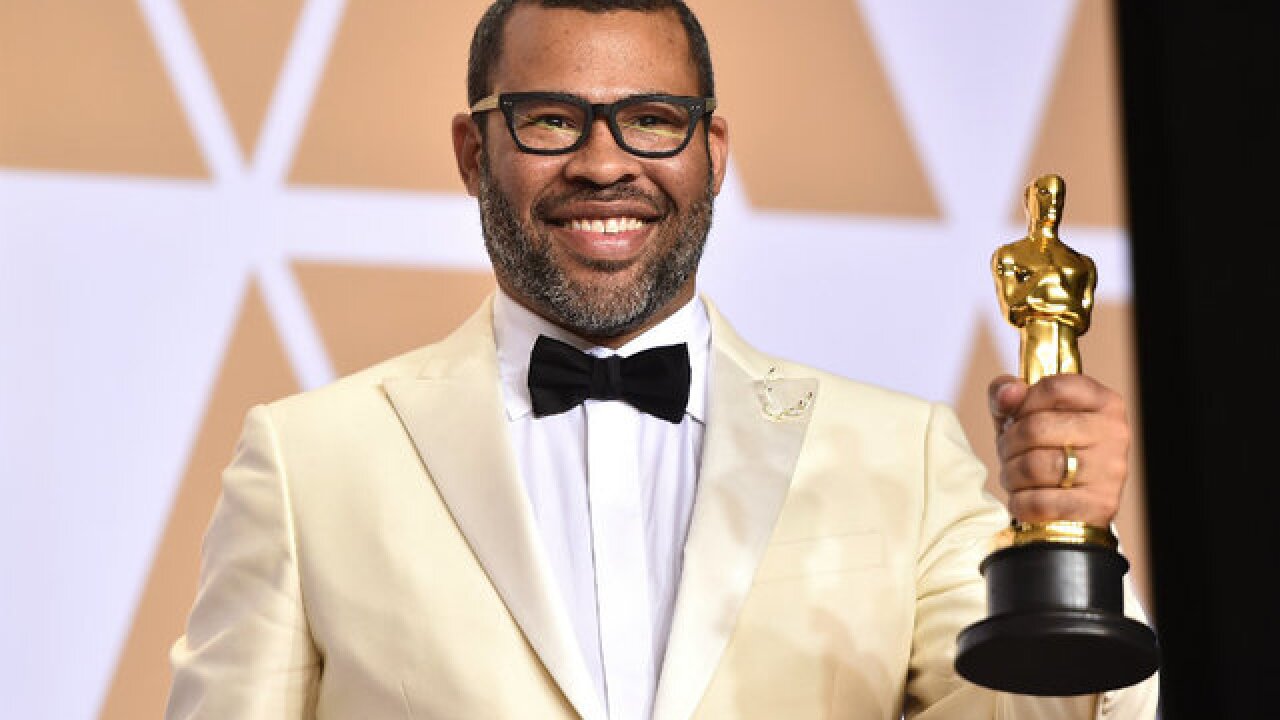 Copyright Getty Images
Alberto E. Rodriguez
Writer Jordan Peele, winner of the Best Original Screenplay award for 'Get Out,' poses in the press room during the 90th Annual Academy Awards at Hollywood & Highland Center on March 4, 2018 in Hollywood, California.

Backstage Sunday night at the Dolby Theatre after winning an original screenplay Oscar for "Get Out" -- a horror thriller that serves up social commentary on race and racism -- Peele said he "almost never became a director."

There were too few black role models for him to imagine himself succeeding, the actor-writer-director said, citing Spike Lee, John Singleton and the Hughes brothers as early examples.

But now, "it's a renaissance ... I'm so proud to be part of a time ... of a movement where I feel like the best films in every genre are being brought to me by my fellow black directors," Peele said.

He gave credit for his own win to his "scrappy crew" filled with "people who I shouldn't have been able to afford."

"We made this movie in 23 days, $4.5 million," Peele said, adding that several of the crew "worked miracles" with the budget they had.

"This was an independent film and we sweated for it," the director said. "I had the privilege of being a pirate captain of a swarthy group of real badasses ... I'll never forget a single one of them."

The small budget had some advantages, the director said.

"I had to do like a Jedi mind trick on myself and say every obstacle that comes up ... because there's 40 a day ... is putting me in a position to make a stronger choice than I started with."

Some pundits have questioned the significance of the Oscars in a modern era of streaming content from an ever-growing array of sources.

"The campaign is grueling. There are times when I questioned what it was all about," Peele said. "You're watching your last jump shot for a year. ... As an artist, that doesn't feel right."

But when the nominations came out, Peele's 12-year-old self came alive, he said, with a "burning in my guts" for validation.

And now he realizes, "This is about paying it forward for the young people who might not believe" they can succeed.

The personal reward for Peele is "all the beautiful moments of meeting heroes," like fellow winner Gary Oldman -- who took home the best actor award. Peele said Oldman has been his favorite since the latter's starring role in "Bram Stoker's Dracula."

Peele was also nominated for his directing debut and "Get Out" got a best picture nod.

Asked if there was anything about awards season that inspired him, he joked, "I often joked that if there's a 'Get Out 2' it will take place at an awards show. It might look something like this."