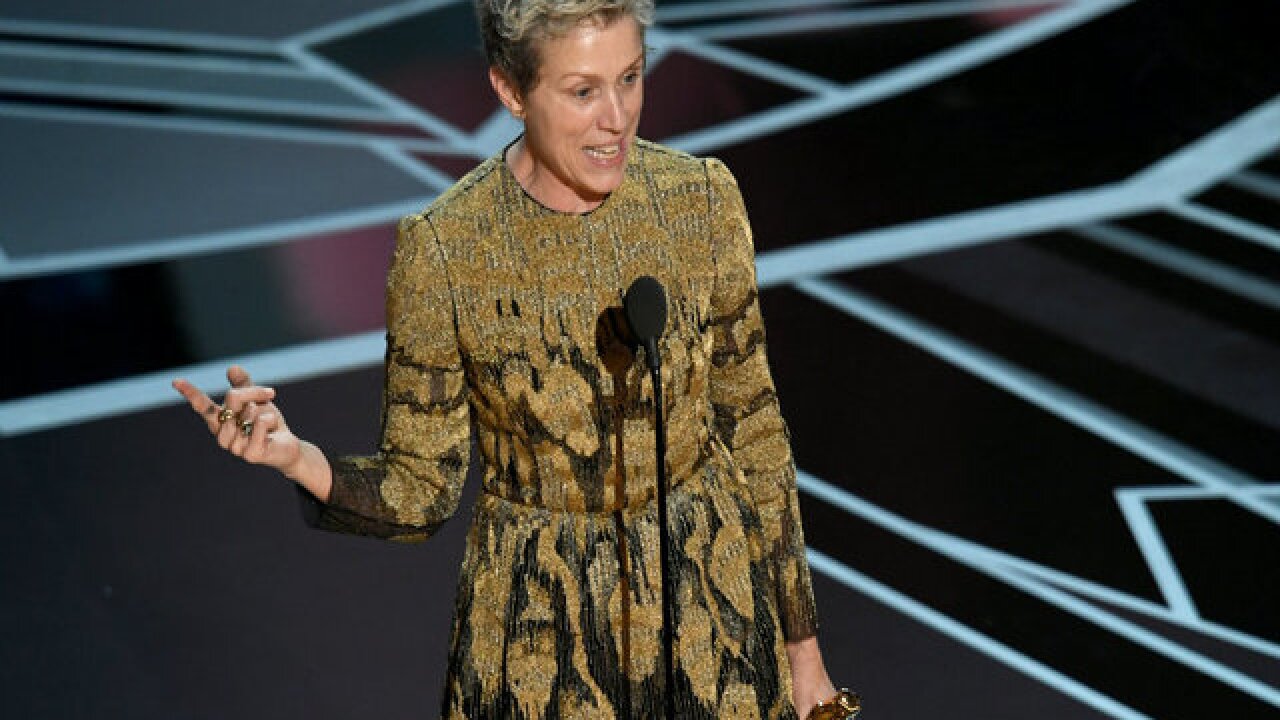 (KGTV) - A man accused of stealing Frances McDormand's Best Actress Oscar at an after-party was arrested, and the statuette was returned to its rightful owner.

TMZ reported the actress, who won the award for her role in "Three Billboards Outside Ebbing, Missouri," was at the post-Oscars Governors Ball when she noticed the statuette she left at a table was missing.

Security was informed, and they later found 47-year-old Terry Bryant holding the award and detained him for police. TMZ reported the suspected thief was apparently photographed with McDormand's Oscar just moments before he was located.

According to TMZ, Bryant -- who had a ticket to the Governors Ball -- was booked on suspicion of felony grand theft.