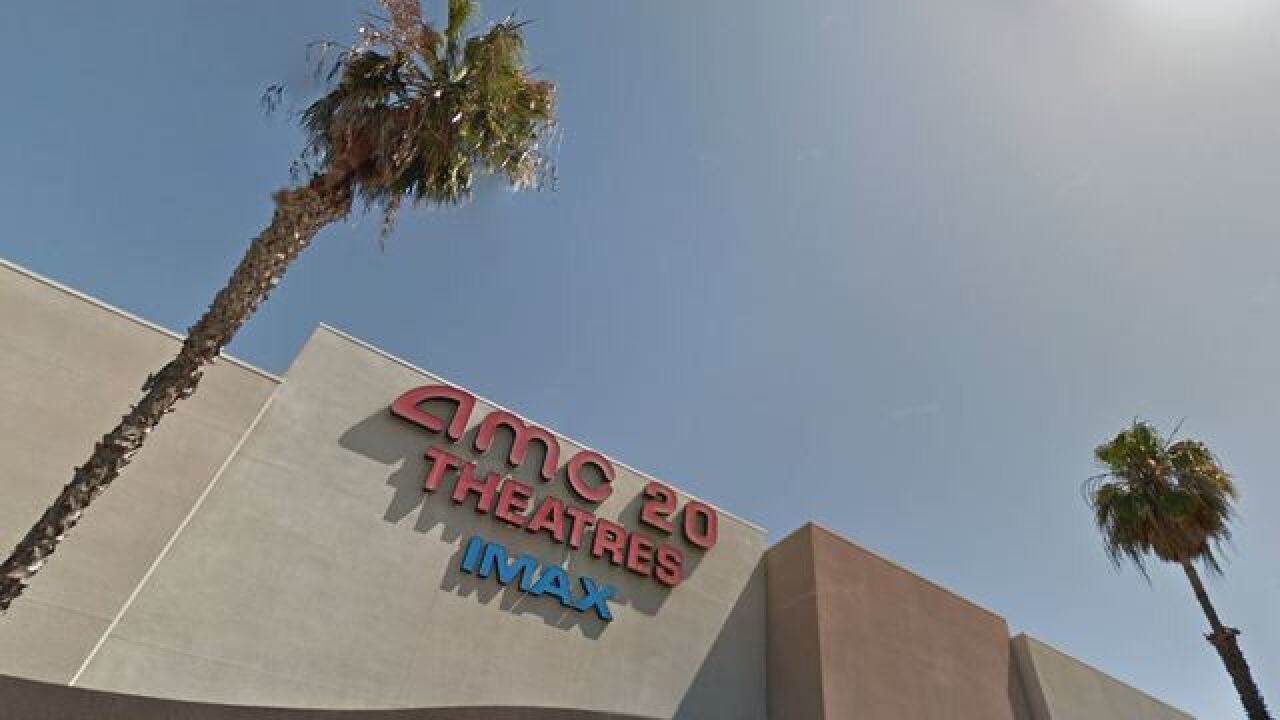 Copyright 2018 Scripps Media, Inc. All rights reserved. This material may not be published, broadcast, rewritten, or redistributed.
Credit: Google Earth

Thursday, MoviePass announced it would remove 10 of AMC's busiest locations from its app, Deadline reported. On that list was the Mission Valley 20 location in San Diego.

The move is meant to take a "hard position" against theater chain. The ticketing service has been seeking a $3 cut in AMC tickets in addition to 20 percent of concessions, claiming the app generates $2 million a week in foot traffic to theaters.

RELATED: MoviePass' new plan offers $10 a month for a movie a day

Users started reporting issues with the service Thursday and quickly found out the issue began with MoviePass, not AMC.

AMC responded to Deadline Friday, saying they were "disappointed" by "false statements" MoviePass has made against the company.

“AMC has taken no action to block the acceptance of MoviePass at our theatres,” AMC said in a release. “We have no further comment about MoviePass’s unilateral actions. We are, however, disappointed that MoviePass continues to make false statements about AMC, including today when MoviePass greatly exaggerated its contributions to AMC’s profitability.”

MoviePass has seen a surge in subscribers since cutting its subscription price to $9.95 a month. The service allows subscribers to see an unlimited amount of movies every month.