Movie review: 'The Meg' evokes simple-minded charms of monster movies of the 1950s 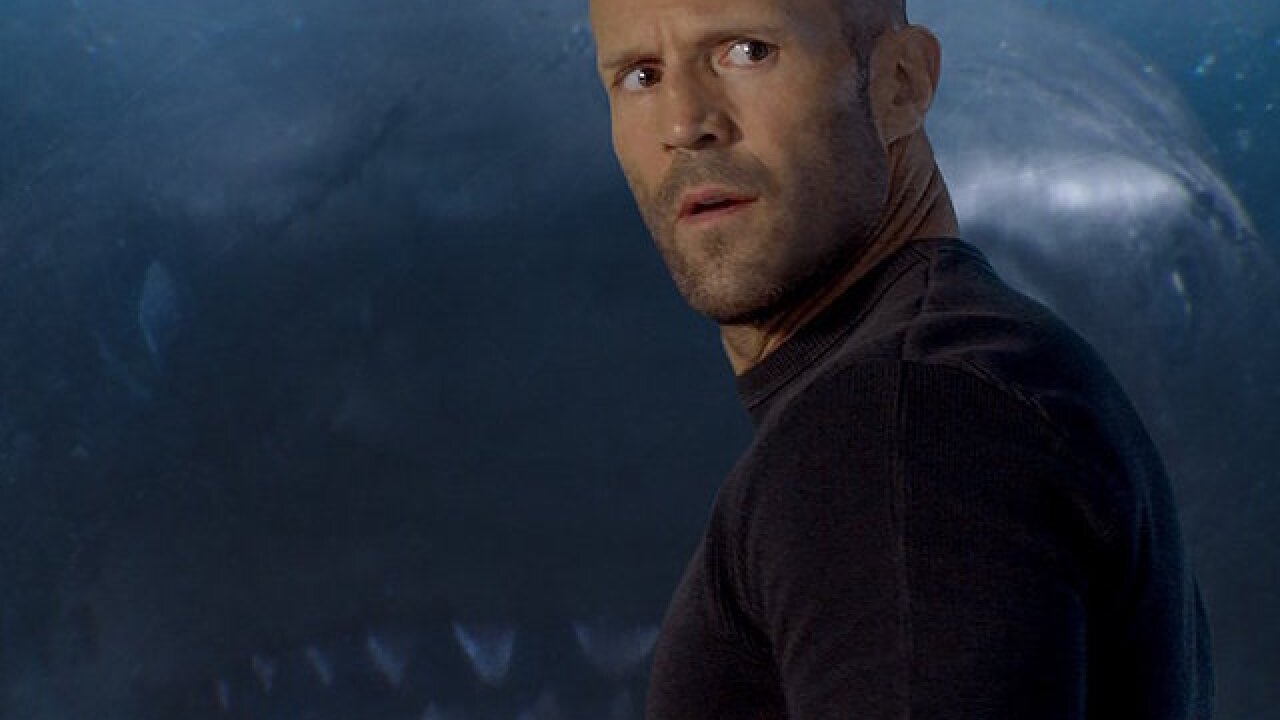 What's bigger and badder than "Jaws?" Enter "The Meg," which certainly isn't better, but which evokes the same simple-minded charms as the monster movies of the 1950s, where human meddling with nature had a way of unleashing gigantic problems.

Said problem, in this case, is a Megalodon, a prehistoric shark that measures more than 75 feet, with a temper to match its bite radius. Deep-sea explorers inadvertently provide the beast a portal into our oceans from the previously unexplored depths where it had presumably been lurking all these years, and must call upon a jaded dive rescuer played by Jason Statham, who has the opportunity to do all kinds of Statham-y-like things, including gratuitously remove his shirt.

Statham's Jonas is still sulking from a run-in with beast that only he saw years earlier, before being recruited to assist a crew stranded below. He's quickly paired with the brilliant and brave Suyin (Chinese actress Li Bingbing), engaging in a lot of lingering stares and god-awful flirty banter, when they're not trying to avoid getting eaten.

Suyin has been working at a massive ocean facility off the coast of Shanghai, funded by an obnoxious billionaire (Rainn Wilson). The location seems to have more to do with providing a way to tap into the Chinese market and its financing, but as they say with this sort of venture, whatever floats your boat.

Not surprisingly, "The Meg" -- directed by Jon Turteltaub ("National Treasure"), from a script credited to a trio of scribes -- has to resort to all kinds of idiocy to prolong the tension. But if a lot of the plotting (and some of the dialogue) is colossally stupid, it's presented in a cheerful, old-fashioned, thoroughly unpretentious way, built on the simple premise that scaring people with sharks in summertime is a tried-and-true convention.

Because of those underpinnings, the writers don't waste much time on science, or bother explaining how a living fossil might have survived this long. While the fear of the nuclear threat informed the giants let loose in the past, here it's simple curiosity, which doesn't quite possess the same cautionary kick.

The movie also stumbles occasionally in its efforts to be cute, veering out of its lane to incorporate little bits involving a dog and a kid.

Still, the special effects are convincing enough -- considering what the audience is being asked to swallow -- taking the inherent fear of sharks and incorporating science fiction to literally magnify them, in much the way "Deep Blue Sea" did a couple of decades ago. And like that time around, if somebody were to suggest that they're going to need a bigger boat, everyone would be well advised to listen.